More than a hundred new breweries have opened in Washington state over the past two years, and on a warm summer day, there’s no finer place to be than on one of their patios. There’s no finer place to be on a perfect summer night, either. Peddler Brewing, the bicycling-beer enthusiast’s dream brewery in Seattle’s Ballard neighborhood, officially opened its new beer garden today, a week after the backyard beer garden’s soft opening. What once was no-man’s land is now strings of white lights, outdoor taps, gravel floor, food trucks and enough picnic tables to seat 400 people. It has,

Running a brewery isn’t just waving a magic wand at grain and water and hops until beer appears; it’s dealing with dangerous gases, caustic chemicals, scalding water and a dozens of other things that can harm or even kill you. It’s not flipping a switch and you’re in business; it’s assembling a complicated, resource-hungry manufacturing system at the same time you’re building a neighborhood bar. Prepare to deal with bureaucracy at many different levels, and a mountain of ensuing paperwork to follow. Opening a brewery open is often hell. You have to be hell-bent to follow your dream. Today, four 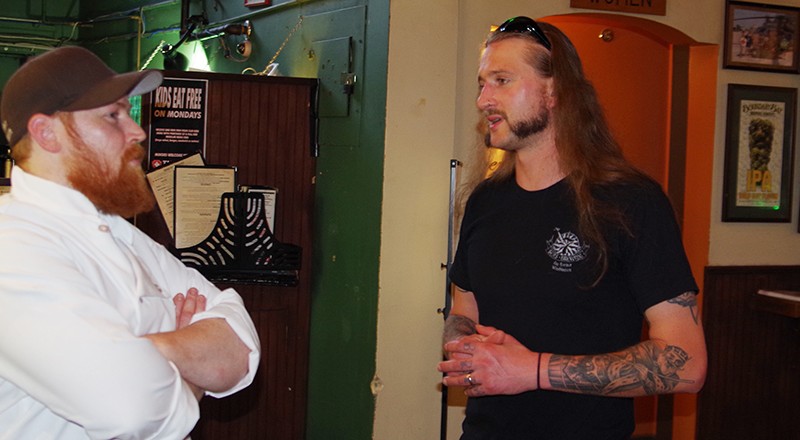 Pairing beer with a meal — or courses within a meal — can be a delicate process. Trust me, it involves much more than grabbing a cold beer to go with your hot dog. Every chef will tell you, when he or she creates a dish they think about the intensity level first. Then, the chef seeks a beer with an equal amount of intensity. He or she doesn’t want a beer that’s going to get lost or overpower the food. The chef wants both to shine. Thankfully, Jacob Thacker, chef at The Swiss Restaurant and Pub, follows the same 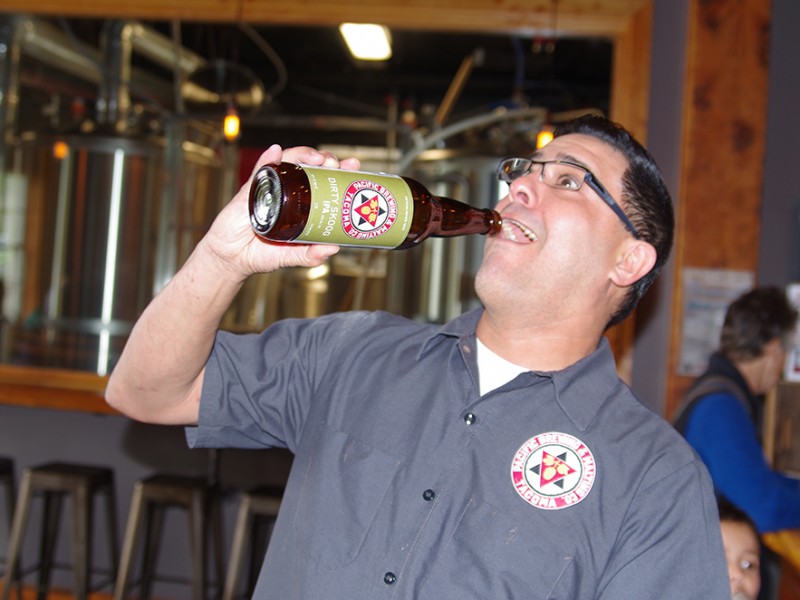 For much of the last few years, if you wanted to drink beer from South Sound’s newer and smaller breweries you had to travel to their taprooms or seek it out on draft. Cans of 7 Seas Rude Parrot and Wingman P-51 Porter or bottles of Harmon Point Defiance IPA and Narrows Brewing Galloping Gertie Golden Ale might be ubiquitous at local stores, but for many other breweries, time-sensitive growlers have been the only way for fans to share beer at a party or drink a pint at home. Pacific Brewing and Malting Co. head brewer 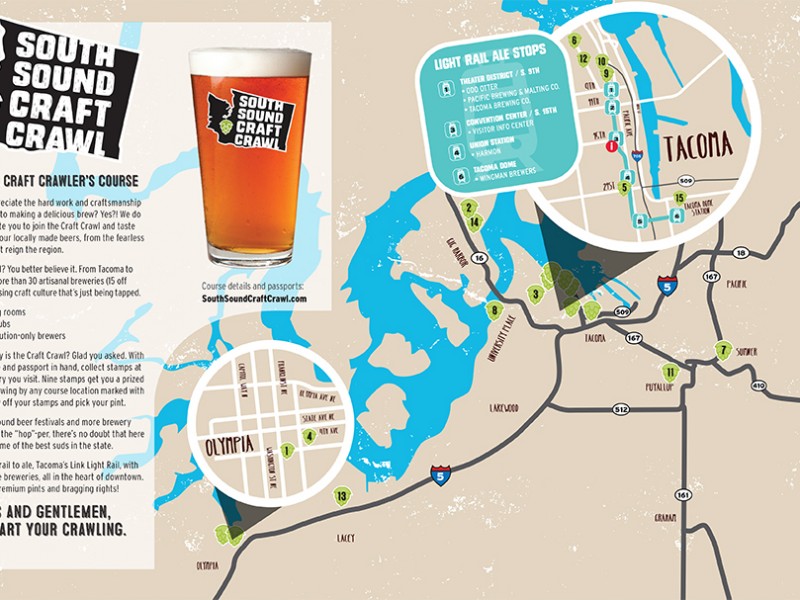 Did you just turn 21 years of age? Well gather around and listen to my tale. There was once a time when those of us aged more than 25 years — you know, “old farts” — didn’t have a fully interactive, voice-activated GPS in our pocket at all times. We had to carry around giant, totally unfoldable pieces of tree carcass with directions scrawled on them in tiny, barely legible print to know where we were going. You know, maps. And in this age of smartphones, it would be almost inconceivable that anyone would still lug one of those dinosaurs 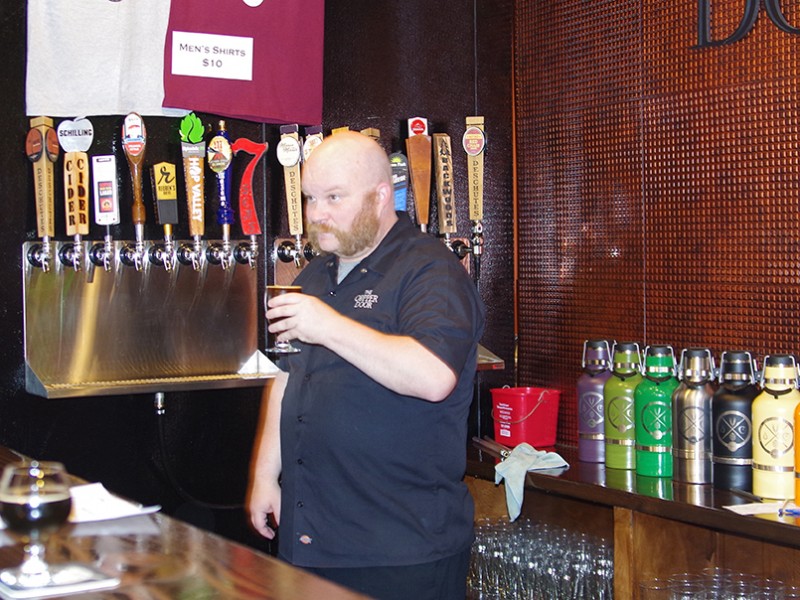 There are certain weird circles of the craft beer movement that refuse to acknowledge that one of the primary motivations for bending the old elbow is to get at least a bit of a glow going. And these buzz-deniers exist at both ends of the preferred-ABV spectrum. There are the session-beer zealots who insist that as long as your beer is below five-percent ABV, it is basically just extra-invigorating water that can be safely drunk round the clock. Then there are the tough people who mock the session-beer pansies for their inability to hold their liquor and/or control their intake. 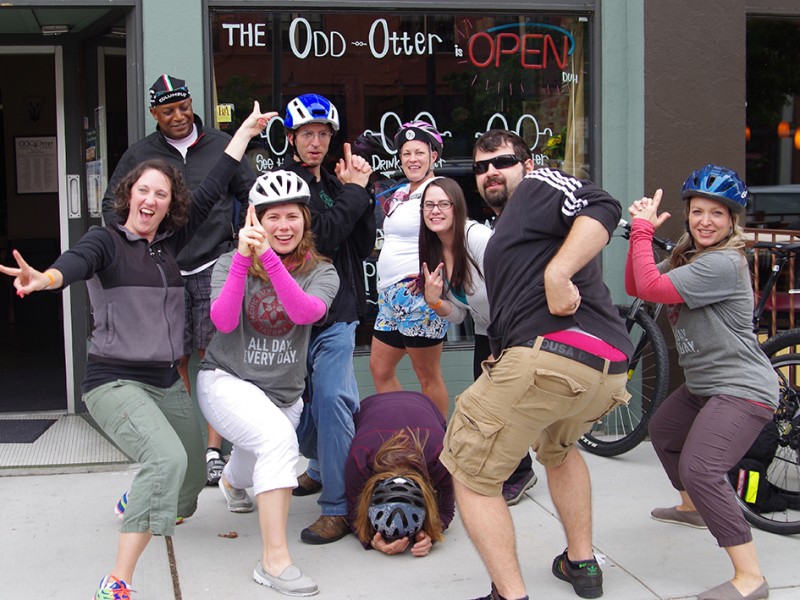 If there’s one thing we know, it’s that happiness and deep sense of connection never comes from material success. Human connectivity doesn’t come from sitting around Instagramming, Twittering and Facebooking your soul into abject numbness. No, it’s much simpler. It can happen on a Saturday afternoon with strangers, over beers, of course. Yesterday’s BikeroBrew (by-kroh-broo) saw 35 or so participants ride bicycles between downtown Tacoma microbreweries, drink craft beer and learn about Tacoma’s history. The event wasn’t one of those Tough Mudder or Warrior Dash races where you beat the hell out of your knees for a T-shirt, cute selfies

Van Halen “Diver Down” vs. Narrows Brewing Diver Down IPA 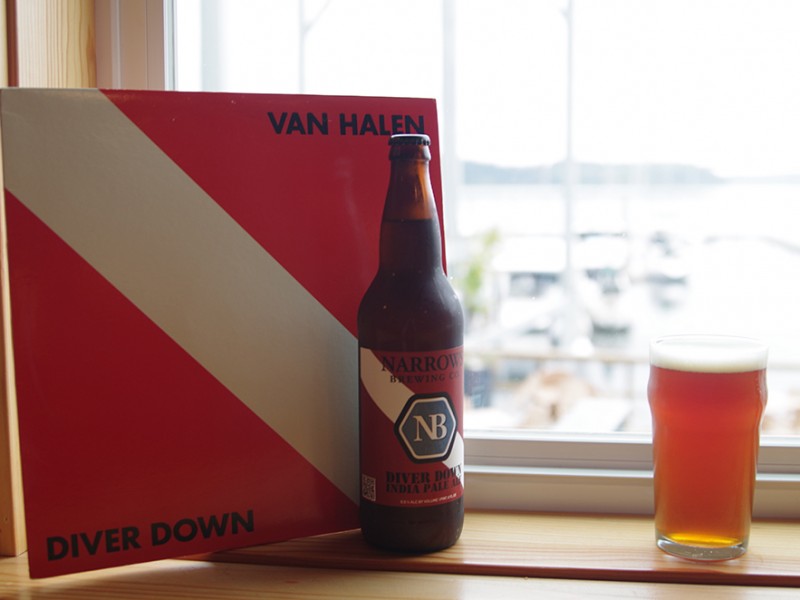 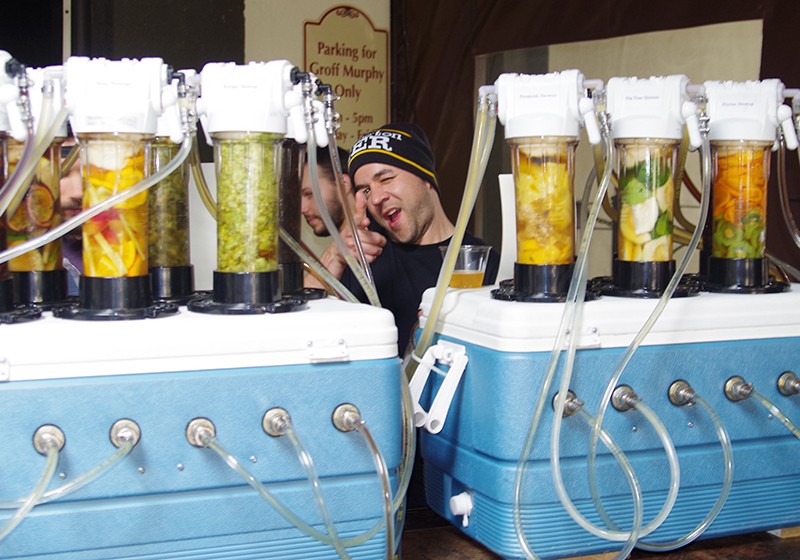 Seattle Beer Week Randall Night There’s this device called a “Randall the Enamel Animal,” or “Randall” for short. It was created and perfected by Dogfish Head’s Sam Calagione. The Randall attaches to a draft line and infuses fresh hops, fruit, herbs, or almost any other ingredient of choice into a beer. Last night, as part of Seattle Beer Week, The Pine Box in Seattle hosted “Can You Handle My Randall,” 12 crazy-infused beers from Washington, Oregon and California. The Randall contraption looked straight out of a mad scientist’s lab. Crazy beer reps at The Pine Box’s 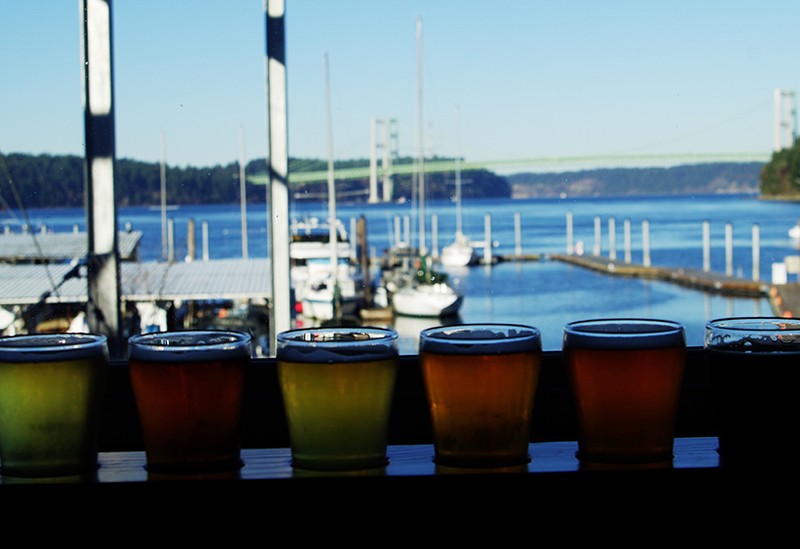 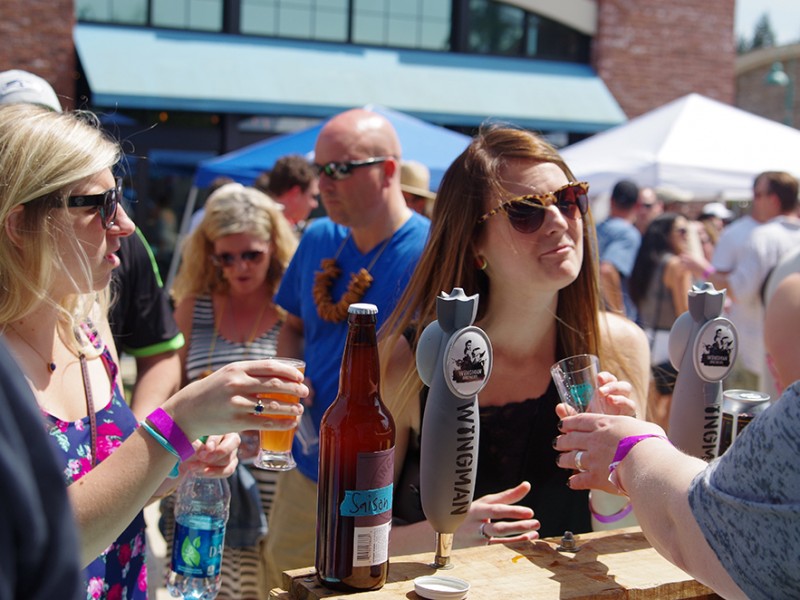 Saturday, May 9, a sold-out crowd packed a giant beer garden at The Gig Harbor Uptown Pavilion, 4701 Point Fosdick Dr., to enjoy suds and sunshine (fourth year in a row) at the fourth annual Gig Harbor Beer Festival. John Fosberg, festival organizer and founder of soon-to-open-Gig Harbor Brewing Company, wasn’t on site due to a family member’s college graduation many miles away, but the staff was on it, handling the capacity crowd and keeping the beer cold. Gig Harbor Brewing Company head brewer Bethany Carlsen donned a pretzel necklace and festival three-ounce shot glass, with news her budding brewery 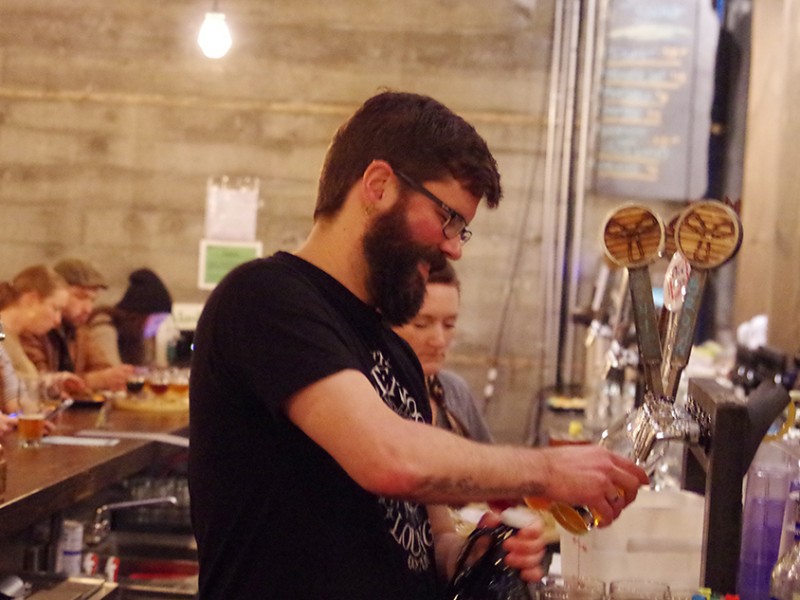 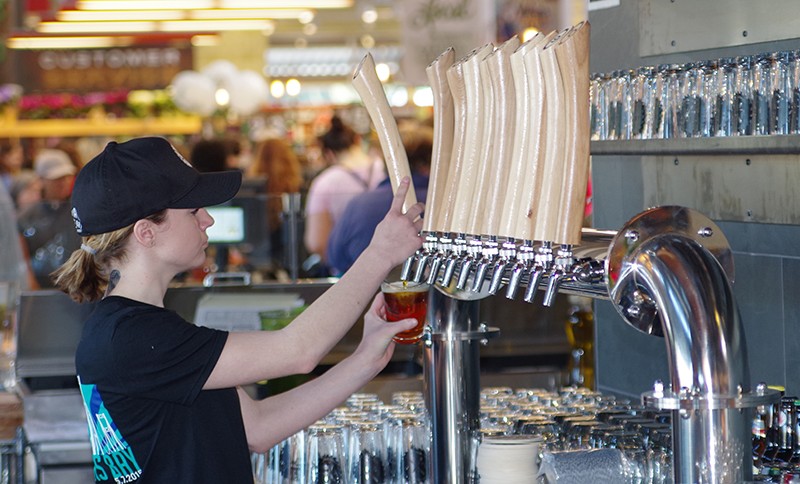 Beer and loafing in Westport Washington 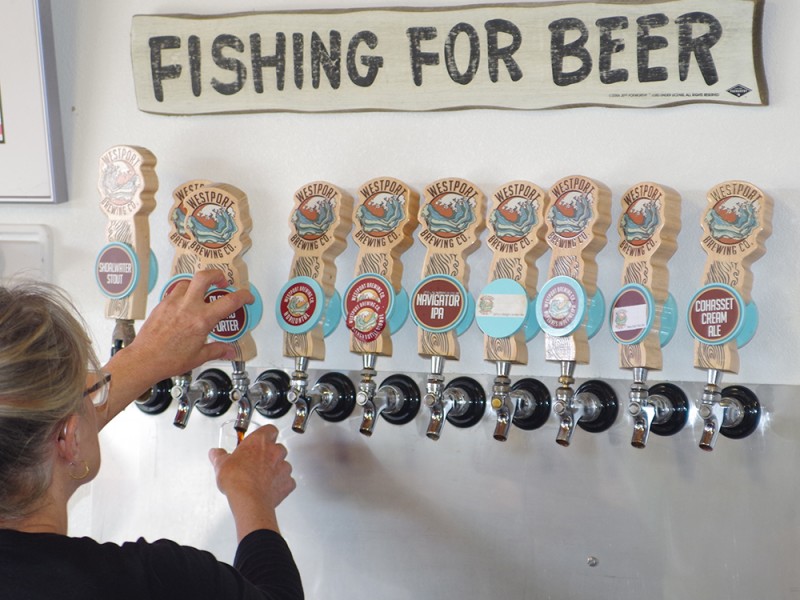 My family and I spent the weekend beer and loafing in Westport Washington. I spent very little time on the beach. Two reasons. First, an invasion is afoot in Westport, Washington. Yes, there are millions of dead glassy purple, jellyfish-like sea creatures that look like sailboats stretching as far as the eye can see. Known as “by-the-wind sailors,” Velella velella typically live in the open ocean, but when warm water and storms draw them near shore, the wind blows them onto beaches, where they die in stinking piles — emphasis on stinking. Beach strolls ended up as eye rolls, so 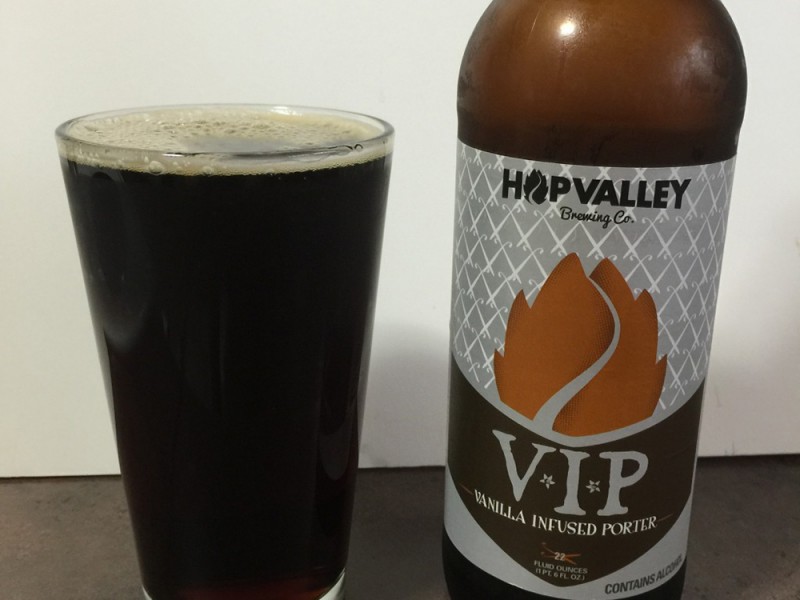 How much do I loooove Cinco de Mayo? Every Fifth of May I bathe in salsa and ride a burro around Tacoma’s Proctor District handing out chimichangas and parasitic water. But even though Cinco de Mayo is dominated by idiots mainlining margaritas, it is, in fact, an actual holiday. Apparently, on May 5, 1862, a French army landed in Mexico to collect outstanding debts from the newly elected government of democratic president Benito Juarez. Well, there would be no dinero for those greedy dudes as 4,000 scrappy Mexicans beat the pommes frites out of the French army and protected their 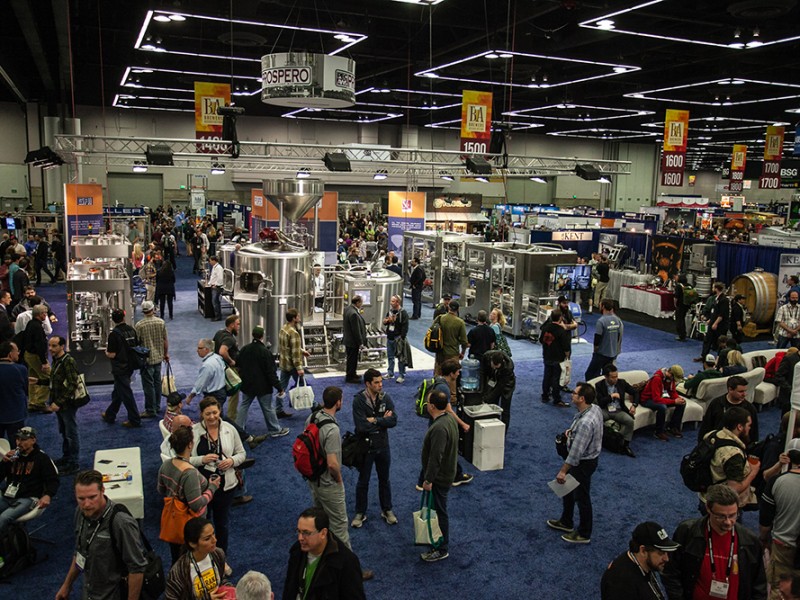 Times have changed since the halcyon hedonism of yore, when Hunter S. Thompson — the most celebrated master of the fine art of spending a spell in a faraway locale, imbibing and debauching on someone else’s dime — was staggering drunk, weaving his half-remembered adventures into fabulist prose. Nowadays, when a beer at lunch is looked at askance, there’s a palpable button-down mentality that frowns on overindulgence. I prefer zippers. So when the folks at the Brewers Association gave me the green light to hang at the Craft Brewers Conference for a few days and a few hundred pints, I 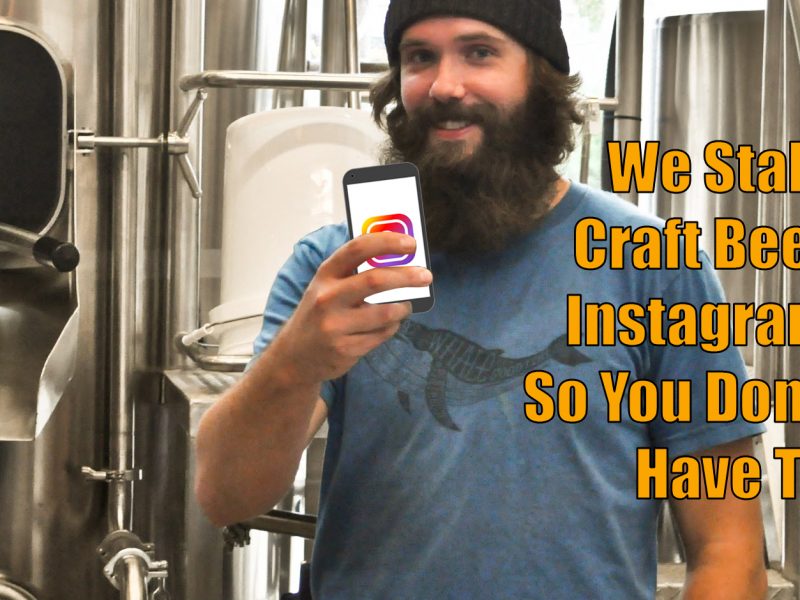