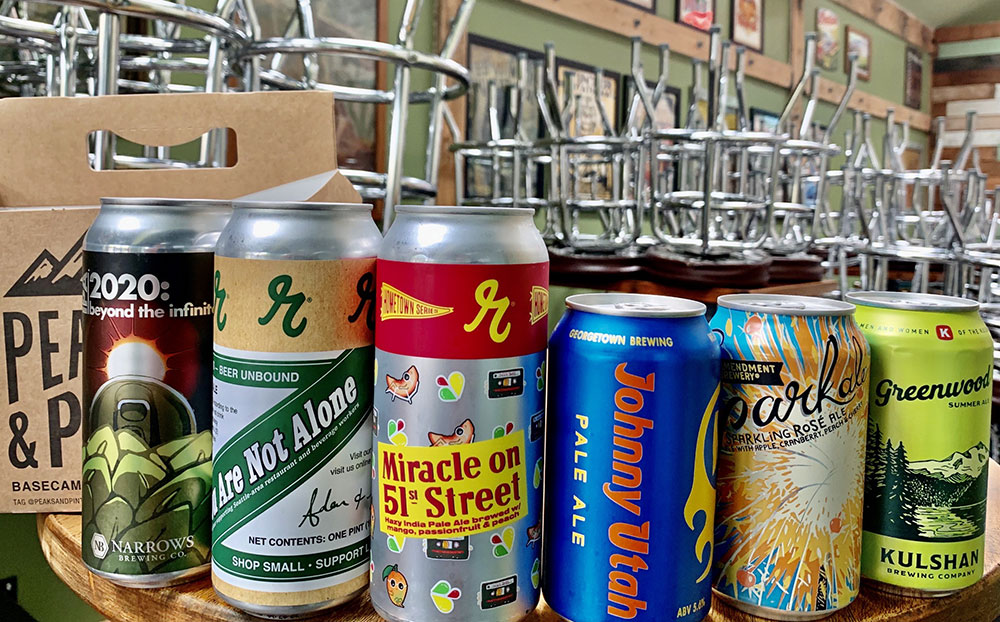 SPARKALE SPARKLING ROSE ALE: A sparkling rosé ale with apples, peach, cranberry, and cherry, for a light, fruity, tart flavor and a huge “sparkle factor,” Sparkale is a bit of a departure from 21st Amendment’s staple of bold, West Coast-style IPAs. It is also lower in calories than 21A’s regular beers and gluten-reduced for a flavor that’s as much like a cider (without actually being one) as you can find. 5.5%

2020: BEYOND THE INFINITE IPA: Inspired by 2001: A Space Odyssey, this hazy IPA is brewed with unmalted wheat, malted oats and bittered with hop oil only. Once the red light lit up, it’s dry hopped with Bru-1, and New Zealand Southern Cross and Motueka. Beyond the Infinite is soft and full bodied with notes of dank pineapple bubblegum. 6.8%

MIRACLE ON 51ST STREET: Reuben’s Brews first beer in their new Hometown Series of collaborations with their friends, neighbors, and colleagues from around Seattle. Their first partnership is with their new neighbors Urban Family Brewing. Miracle on 51st Street is a hazy IPA brewed lots of oats and loads of peach, passionfruit, and mango. These fruits compliment the Azacca, Galaxy, Motueka, and Sabro hops, which all together create a tropical explosion IPA. 7%

YOU ARE NOT ALONE: To support their friends and colleagues in the industry who have been affected by COVID-19 related shutdowns Reuben’s brewed YOU ARE NOT ALONE IPA, with 100 percent of profits of this beer will be donated to Big Table, a charity supporting Washington State hospitality employees. It’s a hazy double IPA brewed with spelt, plus Mosaic in the whirlpool, and dry hop with more Mosaic, Grungeist, and Chinook. 8.5%