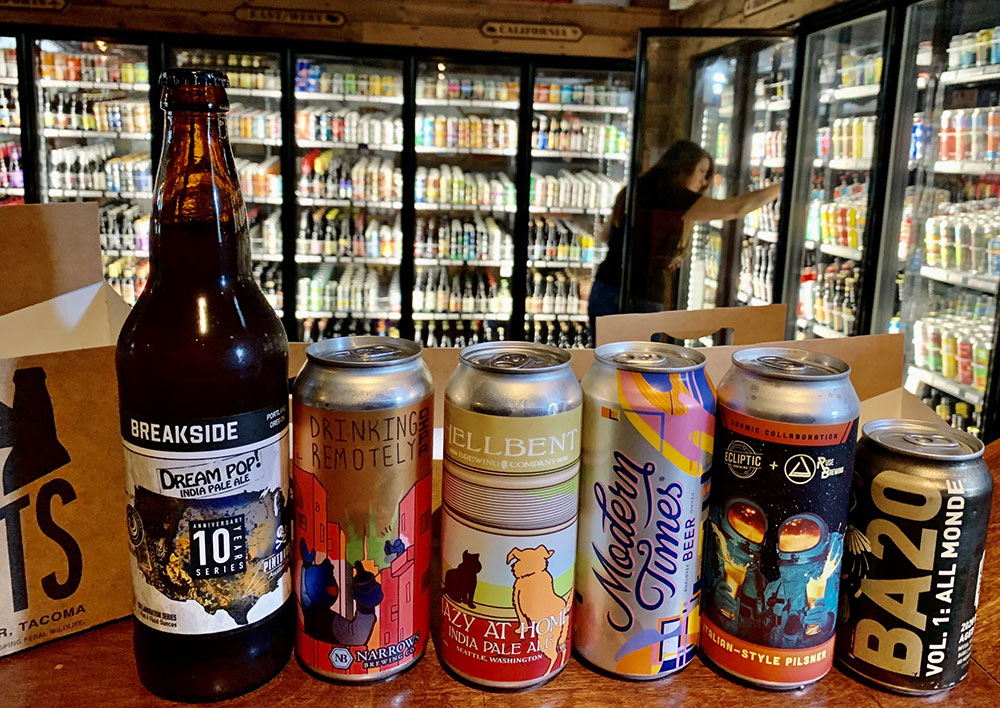 Today you get to drink plenty of lager, chow down on some Mexican carryout and unfriend every single person who makes a terrible Taco Tuesday joke. If you’re looking for new, non-Mexican-themed beers, Peaks and Pints New Beers In Stock 5.5.20 has the goods from Breakside Brewery, Ecliptic Brewing, Hellbent Brewing, Modern Times Beer, Narrows Brewing, and Oskar Blues Brewery.

DREAM POP IPA: A collaboration with Pinthouse Pizza out of Austin, Texas, this light hazy IPA combines Pinthouse’s house yeast, Breakside’s selected lots of Amarillo and Citra, a sprinkle of Nelson Sauvin from Freestyle Farms, and three separate dry hoppings. It’s lighter than an East Coast IPA and softer than a classic West Coast one, so let’s call its Austin-style.⁠ 6.4%

HAZY AT HOME: A hop monster of a hazy IPA with fruit juice and coconut hop aromas intertwined with a pillow-soft malt base of pale malt, white wheat, corn and oats. 6.4%

DRINKING REMOTELY: Brewed in the traditional NEIPA sense, but dry hopped with classic C-hops, Drinking Remotely is a different kind of double IPA for different times. It’s soft and full-bodied, but has flavors and aromas reminiscent of something West Coast — a dank fruit salad. 8.0%

BA20 VOL. 1: ALL MONDE: This barrel-aged imperial stout’s name might not roll off the tongue, but the bourbon, toasted almonds and Madagascar vanilla beans will sure coat it. 12.5%