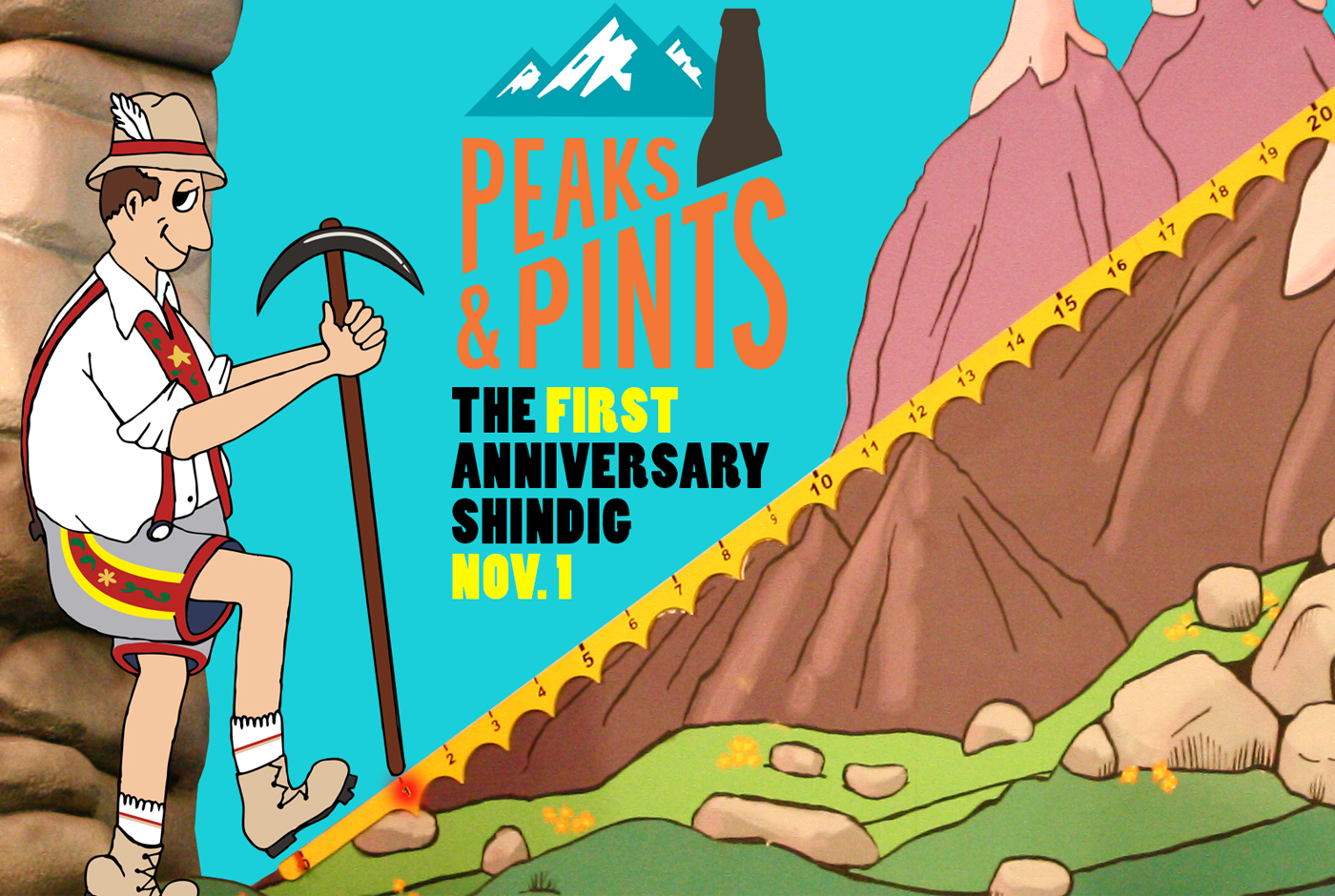 Peaks and Pints will celebrate its first year in business Wednesday, Nov. 1, with a couple big prefunk parties leading into the celebration with a special anniversary beer release and music by bluegrass band The Rusty Cleavers.

In addition to The Rusty Cleavers at 8 p.m., a special beer flight and hijinks, the Nov. 1 one-year anniversary party will also see the release of Skyline Trail Wildflower Sour, a Peaks and Pints collaboration craft beer with Harmon Brewing Co. In August 2016, Harmon Head Brewer Jeff Carlson, Production Manager Bill Lundeen and Director of Brewery Operations Jesse Holder as well as Peaks and Pints staff collected yeast from wildflowers blooming along the Skyline Trail at approximately 5,400 feet on the south slope of Mount Rainier. The yeast was added to a sour blonde base, inoculated with Saccharomyces and aged for a year. Last month it was blended with a blonde base that was aged two years in a foeder. It’s a funky, tart, pale amber-colored ale that’s light in body and exhibits aromas of stone fruit, oak and spice.