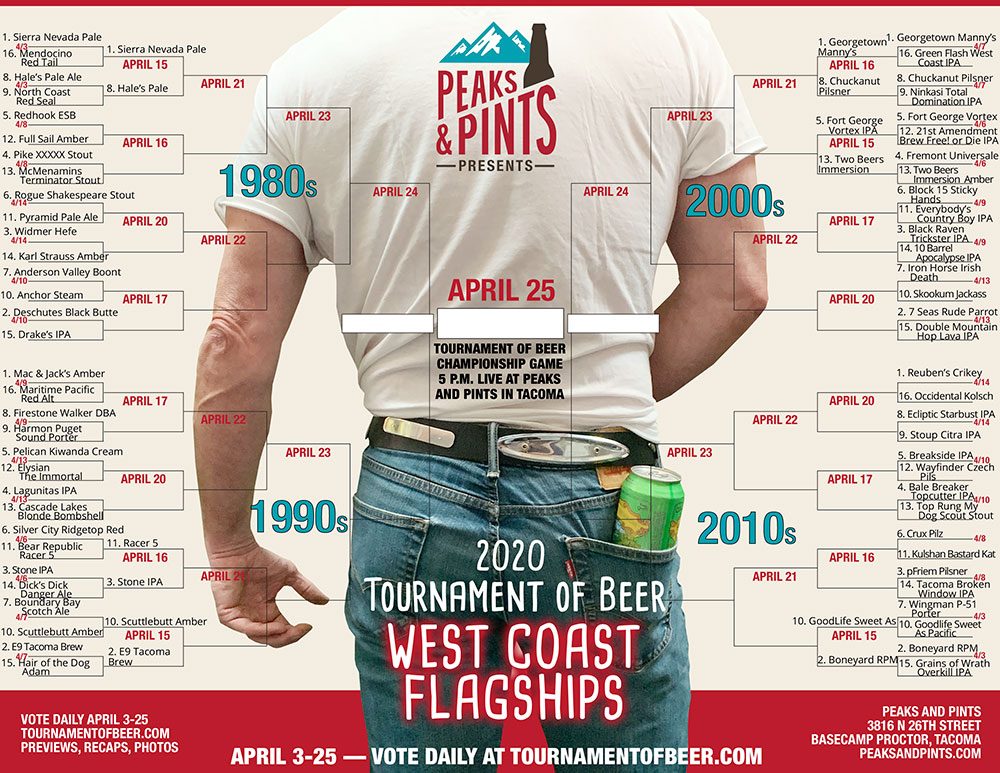 Now that they’re ubiquitous, it’s hard to remember there was once a time where double IPAs, bourbon barrel-aged stouts, and extremely flavorful beers simply didn’t exist. A time where some brewery helmed by some man or woman had to innovate and actually create these things, and thus change the entire industry forevermore. That time, for us, was the 1980s in Seattle when we caught New Wave bands at the Eagle Auditorium in Seattle, punk rocks bands at Gorilla Gardens in the International District, and drank all the Redhook ESB. Good times.

The Peaks & Pints Tournament of Beer: West Coast Flagships celebrates the wonder years of craft beer, championing the pioneering beers that paved the way for the endlessly experimental beers of today. Far from boring, those flavorful brews blew brewers’ and consumers’ minds when they were released. They were packed with hops at a time America was drowning in a sea of bland domestic lagers.

Peaks & Pints took the top 64 voted-in flagships, divided them into four decade regions — 1980s, 1990s, 2000s and 2010s — and ranked them according to the number of nominations. For three weeks, the 64 will battle March Madness style until the championship game Saturday, April 25. Today marks Day Four of the tournament.

Despite a late push from Boundary Bay fans, Scuttlebutt Brewing and its large, devoted beer following held the lead, sending their Amber into the Second Round with 54 percent of the votes. You can’t question Scuttlebutt Amber’s following, and sometimes a following is just what it takes in the Tournament of Beer.

Serving high-gravity and barrel-aged beers to intoxicated masses in Portland during the 1990s is business genius, probably why Hair of the Dog did it. However, hometown heroes status also goes long way — and E9 Brewing is Tacoma’s first brewery. In this contest, Tacoma ruled the day with E9 Brewing securing roughly 59 percent of the vote and a spot in the Second Round.

The nice thing about a number one seed is it usually means you have a paddy-cake game the first round. Not so much the case yesterday. Green Flash’s double IPA is a flag in the sand for the style of beer that helped solidify San Diego as the home of the West Coast-Style IPA. By claiming the name, this beer helped “put the West Coast on the map,” as Green Flash use to say. Georgetown Manny’s Pale earned its number one seed for many reasons, but it still squeaked by Green Flash with 55 percent of the votes. Georgetown might consider sitting Manny’s down with their Bodhizafa for a little one-on-one Zen session.

Only one game yesterday was close, a back-and-forth battle from the opening buzzer to the final growler fill, changing leads several times. It’s our guess Chuckanut owners and the most charming people you’ll ever meet, Will and Mari Kemper, must have paraded through Bellingham offering face masks and showing off their new packaging — beautiful bottles. This extra push could have been the deciding factor, with Chuckanut Pilsner edging out Ninkasi and its popular Total Domination by 34 votes.

Wonders Years: 1982, we fiddled around with the new Commodore 64; Paul “Bear” Bryant coached his final college football game; Olivia Newton-John’s “Physical” was the number one song; the first Redhook Ale ever was poured at the classic Seattle pub in Queen Anne, Jake O’Shaughnessy’s. The initial beer had a fruity taste and quickly gained a cult following as “Banana Beer.” Redhook founders Gordon Bowker and Paul Shipman opened the brewery several months earlier in an old transmission shop in the Ballard neighborhood. Both knew more about marketing than brewing. Didn’t matter. We drank the crap out of their Ballard Bitter English Pale Ale

Player Stats: As one of Redhook’s original beers, ESB, helped establish the craft brew landscape in Seattle in 1984, and remains one of the most-recognized in the brewery’s portfolio. Brewed in the style of a traditional British Extra Special Bitter, Redhook ESB is distinguished by its balance of caramel malt sweetness and spicy, citrusy hops, making it a favorite among beer lovers for more than three decades. 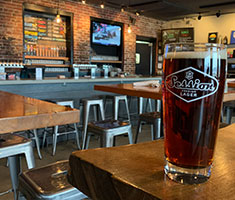 Wonder Years: 1987, mullets on men, big shaggy manes on women and acid-washed jeans on everybody. We spin U2’s The Joshua Tree, along with two divisive but still classic albums George Michael’s Faith and Guns ’n’ Roses’ Appetite for Destruction. The Simpsons premiered as a series of shorts on The Tracey Ullman Show. And, perched on a bluff in Hood River, Oregon, overlooking the mighty Columbia River’s epic wind and kite surfing, Full Sail turned on the mash tun that year. The brewery’s sustainable practices have garnered more than 300 national and international awards, including more than 200 gold medals and Beverage World’s “Craft Brewer of the Year” distinction. Full Sail is also on many brewery owner’s resumes.

Player Stats: Two years after opening, Full Sail brewed the first batch of Full Sail Amber. The first amber ale in Oregon, it is a sweet, malty, medium-bodied ale with a spicy, floral hop finish. It’s brewed with 2-row Pale, Crystal and Chocolate malts. And they hop it with Mt. Hoods and Cascade.

Tournament of Beer Analysts: “Full Sail’s flagship Amber has earned many awards and accolades including over 25 gold medals and was named ‘World’s Best Dark Beer” at the World Beer Awards. Can Amber’s hardware beat Redhook Extra Special Bitter? The votes will tell.” 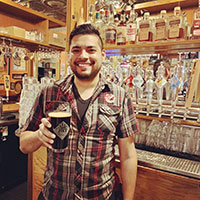 Wonders Years: 1989, we had just watched Jack Nicholson’s joker take on Batman, because as Poison was telling us, “Every Rose Has Its Thorn.” Afterward, we ventured to Seattle’s Pike Place Market to enjoy Charles and Rose Ann Finkel’s dream. They opened Pike Place Brewery Oct. 17, 1989, and Pike XXXXX Stout was calling our name.

Player Stats: Pike’s XXXXX Extra Stout arrives one X short of the boozy Russian Imperial Stout but its flavor is still five-times supersized over dry stouts such as Guinness. Wafts of dark chocolate and coffee tantalize the nose; though, in the flavor, rich dark burnt malt flavor dominates the palate, molasses sweetness in the middle, with dark coffee and espresso that lend bitterness throughout the taste. Extra delicious, you might say. 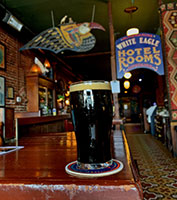 Wonder Years: 1983, the birth year of the first McNugget, the D.A.R.E. program, and the first modern incarnation of the Internet. We tried to record Michael Jackson’s first “moonwalk” off the TV on our new Sony Camcorder. Down in Portland, unemployed Mike McMenamin bought the former Fat Little Rooster tavern and renamed it the Barley Mill. His brother, Brian, soon joined in and today they own a McMenamin of 60 pubs, taverns, clubs, hotels, dance halls and a village called Edgefield. The McMenamins have the golden touch — to convert desuetude into quirky, funky, artful joints to gather and drink where there’s never a white wall, and even the exposed pipework is decorated with tiny goblin faces.

Player Stats: Brewed in November 1985, Terminator Stout is a full-bodied and flavor packed ale that draws its robust complexity from kiln-baked specialty grains. It sports a wide array of toasted, chocolate, nutty and coffee-like flavors. It’s a classic that lives up to its long history of quality.

Tournament of Beer Analysts: “Finally, a full-on, same style, same-era battle. We don’t care who wins just pour us both and leave us alone.” 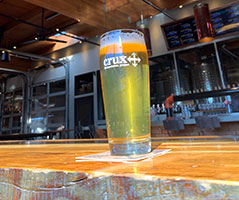 Wonder Years: 2012, Our journey begans on a somber note, as the world will never hear one of the greatest voices of all time again, Whitney Houston. Earth’s Mightiest Heroes assembled on the silver screen for the very first time. The Rover landed on Mars, and Larry Sidor landed in Bend, Oregon, where he and Paul Evers opened Crux Fermentation Project in a former AAMCO transmission shop.

Player Stats: In 1974, Larry Sidor walked into Olympia Brewing Company wearing galoshes. Two decades later, he ran out. He couldn’t take dumbing down lagers anymore. He found happier times at Deschutes Brewery, developing legendary recipes such as The Dissident, The Abyss and Red Chair. He found the happiest moment when he tasted his own Pilz, a pilsner brewed with traditional pilsner malts, imported Czech Saaz and local Oregon Sterling hops. This sixth seeded pilsner sports surprising complexity and softness — developing biscuity flavors, spicy herbal notes and a hint of lemon. 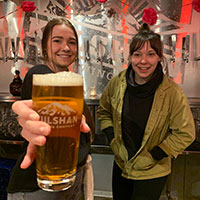 Wonder Years: 2012, Ben Affleck brought back ’70s dude hair, but probably not what LMFAO meant by “Sexy and I Know It.” A fake NBC promo on 30 Rock advertised “a full hour of Gary Sinise’s band!” A real brewery opened in Bellingham: Bham native David Vitt founded Kulshan Brewing, which would go on to be one of the fastest-growing breweries in Whatcom County.

Player Stats: Crisp and snappy up front, smooth in the middle, and dry in the finish, Kulshan’s highly drinkable and flavorful Bastard Kat IPA grabbed gold at the 2015 Washington Beer Awards. Brewed in the West Coast IPA tradition with a prolific full hop flavor and aroma of Cascade hops, this beer balances said hop’s grapefruit and pine notes with caramel, bread dough and white cake. 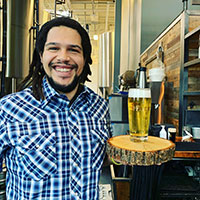 Player Stats: pFriem’s Pilsner was seeded No. 1 last year and number 3 this year, which isn’t shocking considering it hits the nose with fresh grass, spring flowers, with a touch of lemon zest before landing on the tongue with zesty spiciness and a touch of honey before finishing crisp, snappy, and refreshing 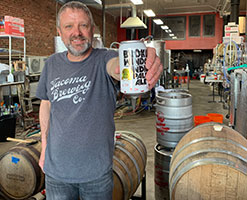 Wonder Years: 2012, we took up archery after Katniss, Hawkeye, and Princess Merida proved it was badass. We couldn’t get enough of zombies and Magic Mike, but could do without child beauty pageant contestant Alana “Honey Boo Boo” Thompson, and her rural Georgia family. In Tacoma’s Triangle District, longtime homebrewer Morgan Alexander converted his beloved Amocat Café into Tacoma Brewing Company, a tiny taproom that he eventually abandoned for a ginormous space up the street. He kissed his front window on the way out. The window slot cost him a fortune, but he definitely made it back 10 fold. He renamed his flagship Citra IPA “Broken Window IPA” after roughians shattered the glass enough times that Alexander started hosting fundraisers. Broken Window IPA went on to win award after award; it was worth the pane.

Tournament of Beer Analysts: “Tacoma Brewing has hardcore fans. They’ll all need to vote to have a chance against Team pFriem.”