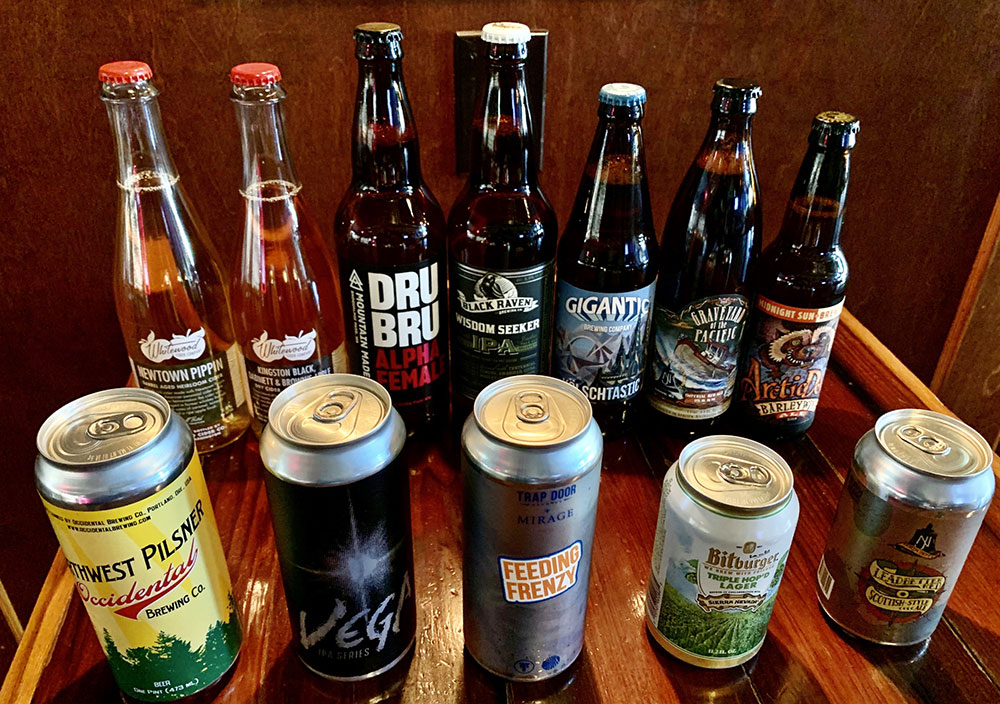 Thank you to everyone for your continued support during this time. Your support along with your words of encouragement and gratitude keep us going. New and restock beers hit our cooler today. Peaks and Pints New Beers In Stock 4.7.20 feature a few. …

TRIPLE HOP’D LAGER: Following up on first collaboration beer “Oktoberfest” in fall 2019, Sierra Nevada Brewing traveled to Bitburger Brewery in Bitburg, Germany, to brew this lager brewed with a combination of American hops — Cascade, Centennial, and Chinook — paired together with Siegelhopfen, Bitburger’s proprietary and unique hop blend that’s sourced from a farm just a few minutes from the brewery. The result is a floral and citrus/grapefruit profile. 5.8%

WISDOM SEEKER: Black Raven’s double IPA has flown back into our cooler that gets its special powers from an enormous amount of hops — Summit, Nugget, Chinook, Centennial, Simcoe, Amarillo and Citra — and malted barley for moderate to heavily bitter with a nice malt backbone. Brewed in the West Coast Double IPA style, this bold brew has tons of orange citrus with some grapefruit and resin on the nose. We get more pine and resin with some citrus fruit, a little onion and light herbal notes. 8.9%

ALPHA FEMALE: Crafted in support of the Pink Boots Society and the women who brew, sell, pour, and drink craft beer, this Double IPA is brewed exclusively with the Pink Boots Hop Blend of Loral, Azacca, El Dorado, and Idaho Gem. With a simple malt backbone, this beer is brewed to allow the hop aromas of citrus, floral, and fresh cut grass to shine. 7.6%

KOLSCHTASTIC: Kölsch is made with ale yeast and is fermented warm, yet commonly aged at colder temperatures, making it a hybrid between the lager and the ale. That’s fantastic. No, wait! That’s Kölschtastic! That’s what Gigantic Brewing calls its Kölsch and it’s every bit the truth. What makes the Portland, Oregon’s Kölsch stand out is the use of whole leaf hops in the Gigantic hop back, lending hop flavor without the bitterness usually associated with this style. Peaks and Pints has Kölschtastic in our Coolertastic! 4.9%

GRAVEYARD OF THE PACIFIC: Collaboration with Heathen Brewing, this imperial red ale bursts with aroma and flavor from a hardy dose of Amarillo, Galaxy, Columbus, and Simcoe hops. Citrus sits in the front followed by a hint of passion fruit and floral. Just a touch of earthiness and roast roll over the palate in the malty finish. 10.4%