ERIN: The Pacific Northwest loves double IPAs — at least according to the thousands who have voted in our Tournament of Beers: NW Double IPAs. Yesterday’s double IPA voting doubled the previous vote count for a single day. And local favorites and number one seeds fell. Every winner yesterday won by capturing 55 to 62 percent of the vote. My question to you is: What four double IPAs will move into the Final Four? I’m Peaks and Pints bartender Erin and can I get a drum roll, Sarah Jane?

ERIN: Let’s do this thing! Please vote for one beer per game. Voting for today’s Final Four battles ends at 11:45 p.m. The winners will be announced tomorrow morning around 10 a.m., followed by the Championship Game!

ERIN: You rock Brandon Niederauer! OK, let’s get to voting!

SARAH JANE: After making quite a tear through the Tournament of Beer: NW Double IPAs, Holy Mountain Astral Projection’s run came to a halt when it faced number seven seed Georgetown Brewing Meowsa. The cat-themed double IPA grabbed 62 percent of the vote and faces number one seed Bale Breaker Brewing Bottomcutter to decide the best double IPA in Washington state and, ultimately, a spot in the Championship Game. Bale Breaker Bottomcutter sliced its way through the Tournament, including forcing local fav Wet Coast Brewing‘s Two Flights Up to take the elevator down yesterday in the Final Four by grabbing 52.9 percent of the vote. 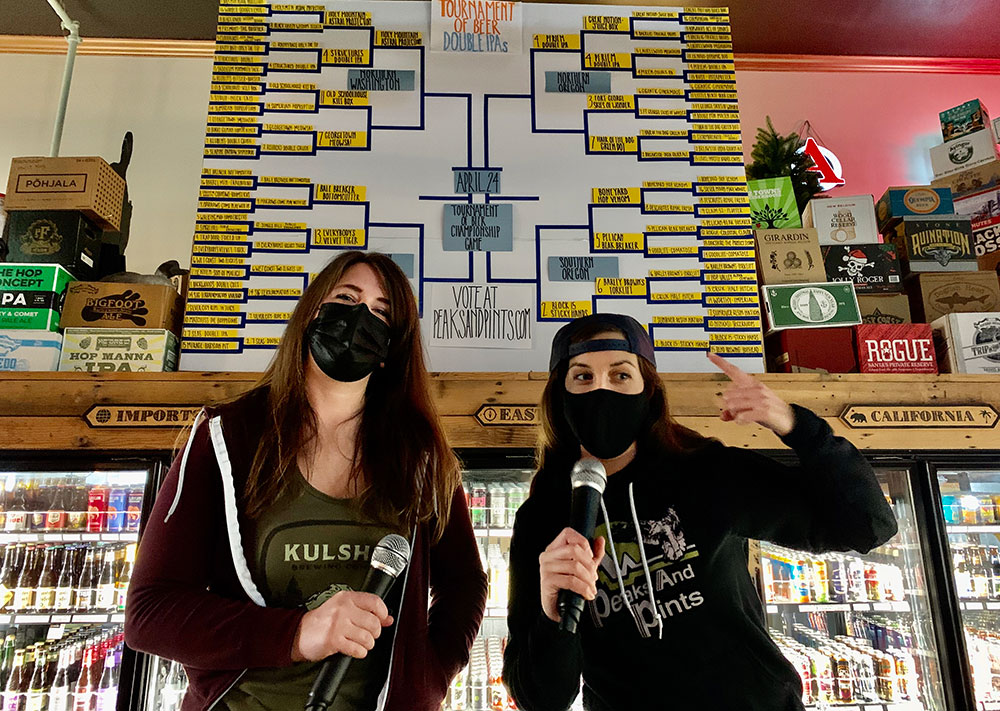 ERIN: On the other side of the bracket sits a scenario few could have predicted. Number four seed pFriem Family Brewers Double IPA has killed it in the Tournament of Beer. That said, most prognosticators still assumed the Columbia Gorge area brewed double IPA would go down when facing number one seed Great Notion Brewing Juice Box, then certainly have issues with number three seed Fort George Brewery Skies of Wonder in the Great Eight. Surely, Fort George with its new giant waterfront brewhouse and multiple popular beer series would have too much firepower for pFriem Double IPA, even more so since pFriem Double wasn’t even available during the Tournament. Au contraire hopheads! pFriem grabbed 57 percent of the votes and now faces the double IPA that took down Bend Brewing HopHead, Sunriver Resin Nation, Barley Brown’s Forklift and with 56.9 percent of the votes — freakin’ Boneyard Hop Venom.

SARAH JANE: We’ll let that sink in for a second. Seriously, though — Block 15 Brewing Sticky Hands is the real deal, folks. So here we go. … 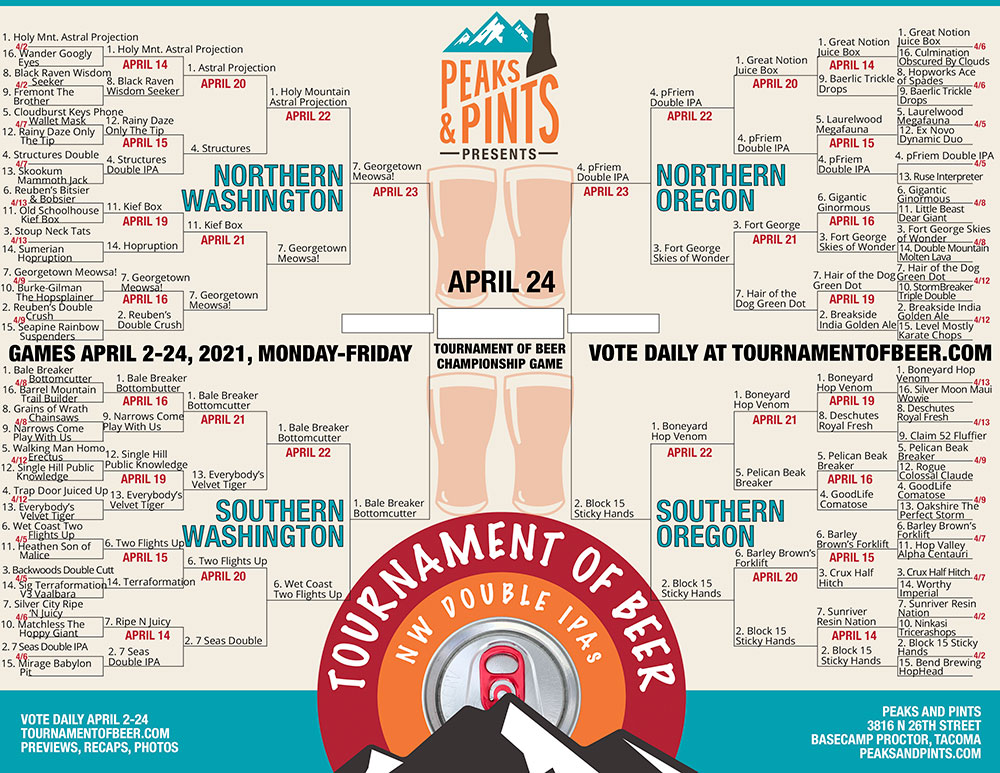