The last three weeks, Peaks and Pints pitted 64 of the Pacific Northwest’s best in a hoppy head-to-head battle of double IPAs. We speak, of course, of the Tournament of Beer: NW Double IPAs. Sixty-four double IPAs brewed in Washington and Oregon were selected and seeded by the public in February 2021. During this tournament, some double IPAs fell easily by the wayside, either faltered due to a defective mash tun paddle or simply because they faced a superior opponent. Hop by hop, double IPA enthusiasts drank his or her way through the first two rounds followed by the Sweet 16, the Great Eight, and today’s Final Four between Georgetown Meowsa, Bale Breaker Bottomcutter, pFriem Double IPA and Block 15 Brewing with online voting on this website ending at 11:45 p.m. In conjunction with today’s Final Four games, Peaks and Pints offers a to-go flight of the four beers, a flight that we call Peaks and Pints Pilot Program: Final Four Doubles On The Fly. 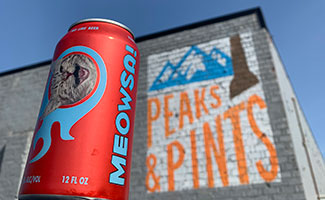 If you force fed a watermelon a steady diet of mandarin oranges and pineapples and then dropped said watermelon into a woodchipper, the resulting aromas and flavors would be the best way to describe Georgetown Brewing Meowa!, the beer. As much as Meowsa, the Georgetown Brewing cat, dislikes the term “juicy,” this double IPA is juicy and has very little bitterness for the style, thanks to Citra, Simcoe, and El Dorado hops. Meowsa! beat Burke-Gilman The Hopsplainer, Reuben’s Double Crush, Old Schoolhouse Kief Box, and Holy Mountain Astral Projection to arrive at the Final Four and its game against Bale Breaker Bottomcutter. 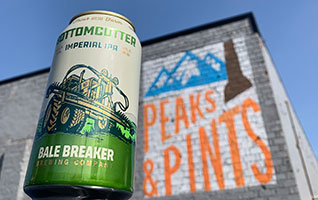 More than 5 pounds of Bale Breaker Brewing’s homegrown Citra, Simcoe, Ekuanot, and Mosiac hops are added from brew day through dry-hopping of Bottomcutter for a supremely drinkable double IPA with pine, honey, orange and grapefruit swirling around a bunch of caramel. It’s brewed to finish dry. Bottomcutter beat Barrel Mountain Trail Builder, Narrows Come Play With Us, Everybody’s Velvet Tiger, and Wet Coast Two Flights Up to arrive at the Final Four to take on Georgetown Meowsa! 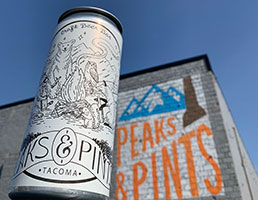 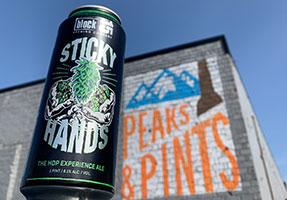