Peaks and Pints Pilot Program: Claim 52 On The Fly

In 2012, Mercy McDonald, Jeannine Parisi and Trevor Ross opened Claim 52 Brewing in West Eugene. Named after a donation land claim number and refers to the original tract of land in Eugene settled by pioneer William Luckey in the late 1800s. South Eugene is where some of Claim 52 founding head brewer Trevor Ross’ first beer recipes got their start on a homebrew system, tying into the company’s deep Oregon roots. Today, under the guidance of head brewer Bryce Fisher, they specialize in European-style, super-small batch beers made in the Northwest tradition, as well as exceptional hazy IPAs, and crazy dessert sours. Stop by Peaks & Pints and grab our to-go flight of Claim 52 beer — a flight we call Peaks and Pints Pilot Program: Claim 52 On The Fly. 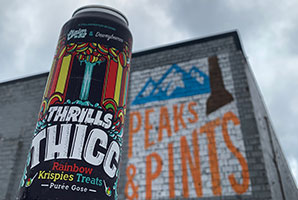 Peaks and Pints Pilot Program: Claim 52 On The Fly

The gose style (pronounced GO-zuh) works well with fruit due to its slight salt content that helps brighten the fruit flavors, pushing them to the forefront, while its light acidity balances the sweetness. A gose knows how to show off its fruit. A collaboration with Dewey Beer Co., Claim 52 Thrills Thicc: Rainbow Krispy Treats is fruited gose is conditioned on raspberry, tangerine, pineapple, lime, blueberry, blackberry, grape, and vanilla. 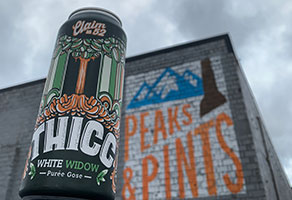 Puree gose conditioned on pineapple, peach, lemon, lime, and lychee. The beer — if you can call it that, since it’s almost a beer smoothie — is something that you could sip on during the holidays. 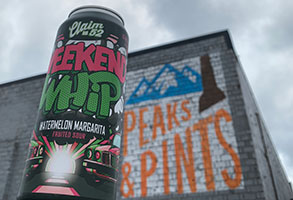