Peaks and Pints Pilot Program: Cherries On The Fly

You’ve probably squeezed a cherry into the mouth of a stout bottle, or at least seen others do it. That little twist of cherry turns your chocolate stout into a Black Forest cake. Luckily many brewers these days are infusing cherries into their beers in a produce-aisle range of offerings. Cherries can balance otherwise heavy beers or add extra freshness and flavor to the lighter styles. Cheeries have been added to beer for centuries, especially with Belgian lambic styles, which are called krieks. Cherry beer is no longer a throwback to centuries past. North American brewers are adding cherries to their craft, whether it’s a kriek, or another beer style infused with the finest cherries. Last night, Peaks & Pints cracked open Firestone Walker’s new Cherry Barrel Blossom … and thus today’s to-go flight of cherry beer is a thing, which we call Peaks and Pints Pilot Program: Cherries On The Fly.

Peaks and Pints Pilot Program: Cherries On The Fly 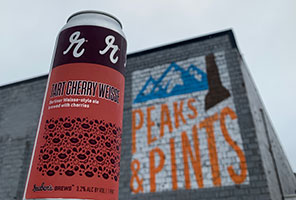 The name of the style, Berliner weisse, is protected by German law, which states that a beer should only be called by that name if it is brewed in Berlin, just as a Kölsch must be brewed in Köln. At the height of its popularity during the late 19th century, Berliner weisse was the most favored alcoholic drink in Berlin, and nearly 50 breweries were producing it. However, it fell by the wayside, as pale lagers became the beers of choice worldwide. Currently in Berlin there are only about three makers. Reuben’s Brews has embraced the centuries old Berliner weisse style fermenting Tart Cherry Weisse, with, well, tart cherries for a crisp, refreshing, tart and balanced spring sipper. 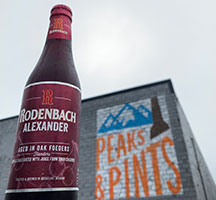 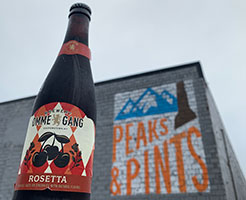 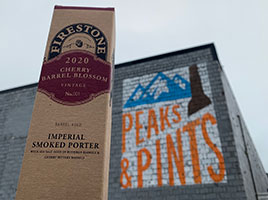