American Craft Beer Week is under way and picking up speed. The Brewers Association — a nonprofit group recognized as the central foundation for craft beer in America — designates a week in May to celebrate small and independent craft breweries. This year, May 16-22 serves as an opportunity to get to know your Washington brewers, attend tap takeovers, and drink good beer. Today, Peaks & Pints celebrates ACBW with a to-go flight of Varietal Beer Company. Chris Baum, John Cope, Chad Roberts, David Paulson, and Karl Vanevenhoven opened Varietal in April 2018 in the Port of Sunnyside between Yakima and the Tri-Cities in Eastern Washington. The ownership all had a variety of dreams and life goals, but their Venn diagram centered on owning a brewery in the Yakima Valley. After earning the Enterprise Challenge held annually by the Yakima County Development Association and the Kittitas County Chamber of Commerce, Varietal became a thing. They knew they couldn’t launch with their dream wild ales, so they added a variety of other beer styles to get rolling. Stop by our giant craft beer lodge and grab Peaks and Pints Pilot Program: American Craft Beer Week Varietal On The Fly. 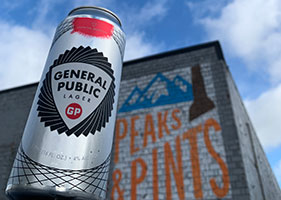 The Varietal Beer ownership knew they couldn’t launch with their dream wild ales, so they added a variety of other beer styles to get rolling. The IPAs and lagers stuck, including their General Public Lager, a light and refreshing rice lager with very mild malt flavor and crisp, clean finish. 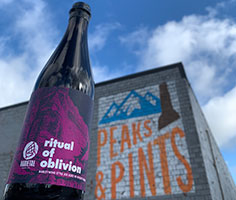 Varietal Ritual of Oblivion made a brief teaser appearance earlier this year at Brouwer’s Café’s Hard Liver barleywine festival before Varietal tucked it away for this week’s release date. It’s a blend of barleywines aged for 18 months in barrels that previously held Four Roses, Heaven Hill, Old Fitzgerald, and Blanton’s bourbons. Expect a big bourbon flavor, with toffee, malt spice, and burnt sugar. 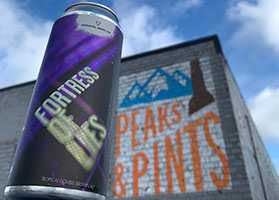 Varietal head Brewer Chris Baum created this malt-forward American brown ale, but bigger at 7.5 percent, near the size of a stout but without the darker coffee roast character and more of the lighter chocolate, nutty malt flavor. Residual sweetness is increased as well. On top of this Baum used a thiol releasing yeast strain that gives it tropical fruit flavors of guava, pineapple, and banana for an experience that’s difficult to compare to anything else. 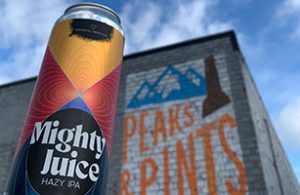 This hazy IPA is the birthday beer for Varietal brewer Rachel Goicoechea and Varietal co-owner Chad Robert. It’s brewed with a custom hop blend through the whirlpool and dry hop that features HBC 586 cryo hops, Comet, Galaxy, Strata, and “Brewers Delight” cryo hops. Along with a fruit-forward yeast strain, this beer provides that intense orange and mango nectar experience with a rush of dank terpenes that’ll levitate your senses.