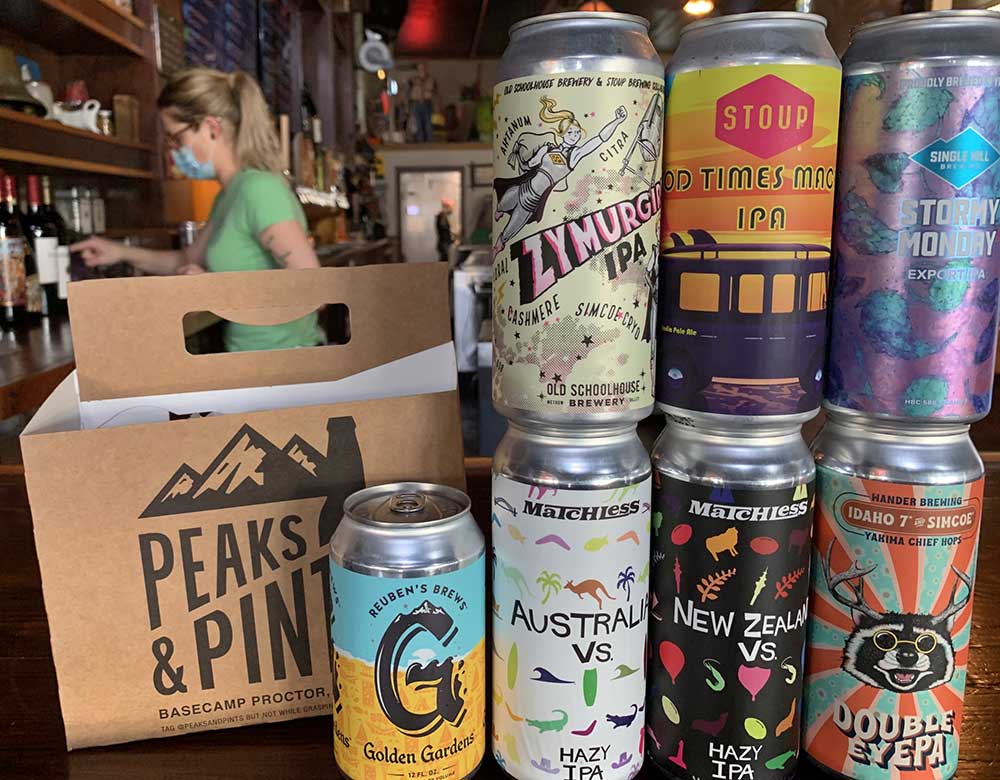 Peaks and Pints New Beers In Stock 4.2.21 has new cans for your weekend!

Matchless Brewing Australia Vs Hazy IPA: Brewed with Australian grown hops Galaxy, Vic Secret, and Topaz on a base of Pilsner, pale wheat, and Carafoam malts with flaked wheat for a medium bodied IPA with notes of pineapple, honeydew, and cantaloupe melons with a hint of strawberry, 6.8%

Single Hill Brewing Stormy Monday Export IPA: Brewed with an increased bitterness for export to the far-off lands of west of the Cascade featuring HBC 586 and Idaho 7 hops, 6.8%

Wander Brewing Double EyePA: The Bellingham brewery’s first ever Double EyePA, and a collaboration with Yakima Chief Hops, is brewed with Idaho 7 and Simcoe cryo and T90 pellets of both varieties for mango, papaya, and ripe mandarin, 8.5%