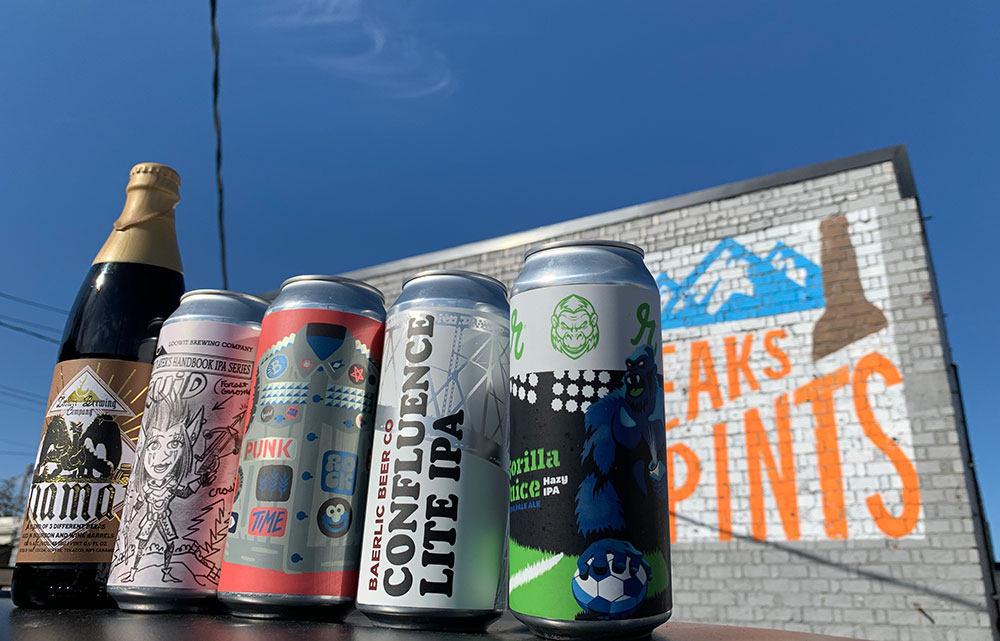 Picture this: It’s a sunny day out and you have a beer in hand. Which beer could fit that bill, you might ask? Well, Peaks and Pints New Beers In Stock 3.4.20 includes these five craft beers that landed in the Peaks and Pints cooler this morning. All are perfect pairing for early spring weather — well, maybe wait until tonight to drink Loowit’s Tiamat. Cheers!

CONFLUENCE LITE IPA: Brewed with Comet, El Dorado, and Sultana hops for a light and dry, sweet and bitter with slight fruit IPA. 4.6%

DRUID – PLAYERS HANDBOOK: The Players Handbook Series is back for a fifth release, this time delivering the magic of tropical African-origin hops. African Queen and Southern Passion hops are paired up with Kveik yeast in a milkshake hazy IPA to deliver an intense, full bodied, low bitterness hop experience. 6.5%

TIAMAT: A five headed dragon of lore, Tiamat was the queen of all reptilian monsters. Loowit’s Tiamat, is, hmm, not sure what to call a dark ale made of a blend of three beers, from two different types of barrel. What you can expect is notes of oak, cocoa, coffee, tobacco, and caramel. 10.2%

GORILLA JUICE HAZY IPA: A collaboration with Gorilla FC, an official Seattle Sounders FC supporters group that utilizes passion for soccer to support the Puget Sound community, this hazy IPA is brewed with Chinook, Citra and Lotus for juicy, crisp pine and bitterness. 6%