The Pacific Northwest has a hop obsession. At any brewery, in any bar, you’re likely to encounter the devout disciples of the bitter plant, known as hopheads, guzzling the latest hopped-up brew. Without doubt, beers like IPAs and Double IPAs (DIPA) are the quintessential Northwest beers. But believe it or not, a hop, now one of the four main ingredients of beer, has not always been the shining star of the brew. It wasn’t until the 13th Century, back when Belgium and the Netherlands were still called the “Low Countries” [Editor’s note: They still kind of are, nether-land], that hops were finally introduced to beer, supplanting now less popular flavorants such as saffron, honey, grapes and wormwood. The practice of adding flavor ingredients to a batch of beer has more or less created the craft beer industry. Brewers play with different fruits, tap into spices from different cultures and experiment with a variety of hops species because, why not? Some hop varietals are so new, they are only known by numbers, but they just might be the next big thing in beer (à la Mosaic). Not only do experimental hops allow for flexibility, but also as certain experimental hops become the next big mainstream hop, they allow for breeders to identify what characteristics brewers are looking for and tailor their genetic programs accordingly. Peaks and Pints experiments with an experimental hop beer flight today, offering five beers brewed with experimental hops in what we call Craft Beer Crosscut 3.4.20: Flight of Experimental Hops. 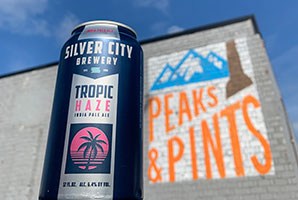 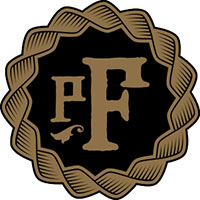 A granddaughter of Warrior, HBC 630 resulted from a cross made in 2008. It was selected for it’s moderately high alpha, low cohumulone and distinct aroma. The best way to describe HBC 630 is fruity. It presents with flavor and aroma notes that have been described as cherry or raspberry candy like with pronounced tropical notes. The latest in pFriem Family Brewers‘ quarterly collaboration series with Yakima Chief Hops, HBC 630 Single Hop Pale is a delight to behold. This brand new experimental variety hits all its characteristics in this pale. 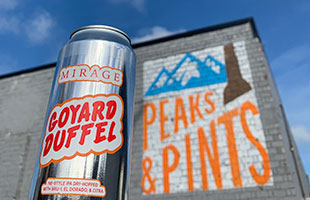 A new experimental developed by John I. Hass and Brulotte Farms in the Yakima Valley, Bru-1 is big and bold with a fruit-forward character that also offers clean bittering. It has a high Myrcene oil content that makes up over 50 percent of the total oil and contributes aromas of pineapple and stone fruit that is backed by a soft spice. Mirage Beer dry hopped their Goyard Duffel hazy IPA with Bru-1, El Dorado and a ton of Citra for orange creamsicle goodness. 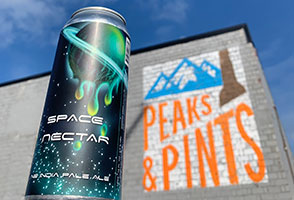 Moonraker Brewing likes to experiment. The Sacramento-area brewing has won medals for their experiments, including their Weird Boy Maple Bacon Coffee Porter. Moonraker headed back to the laboratory for Space Nectar, combining experimental hops with Citra cryo and Amarillo for flavors such as orange marmalade, peach cobbler, and dank herb. 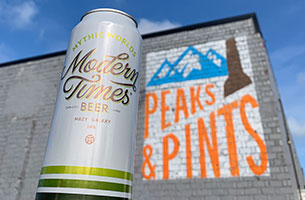 Sultana, aka Experimental Variety 06277/ Denali, is a new hop bursting with flavor.  Called Nuggetzilla by some, this hop is rich in pineapple, citrus, and pine flavors, though it can often come off as spicy as well.  It can be used for bittering, flavor, or aroma. Modern Times Mythic Worlds is stuffed with gobs of Galaxy, Motueka, Mosaic, and Experimental 06277 hops, making for big, beautiful notes of peach, passionfruit, and tropical radness over a backbone of ripe citrus.