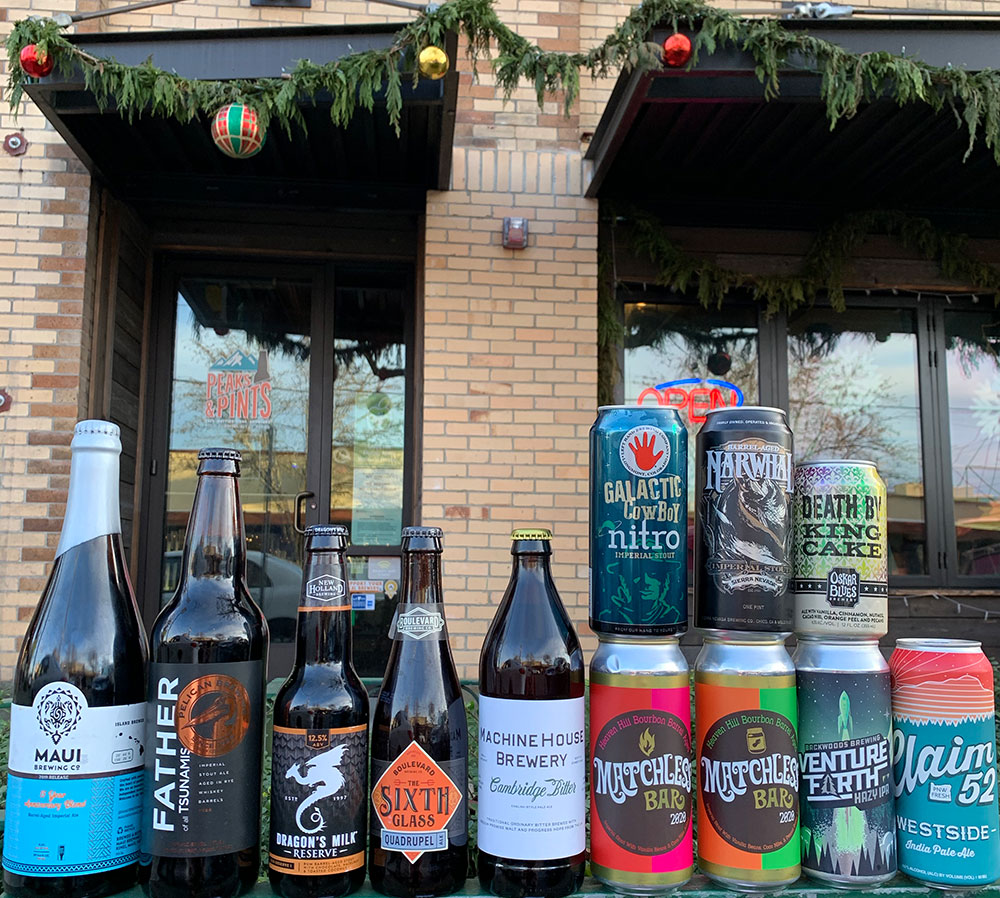 VENTURE FORTH HAZY IPA: Brewed with Galaxy, Citra and Amarillo hops for a juicy, tropical and slightly bitter hazy. 6.8%

SIXTH GLASS QUADRUPEL: Inspired by the Hans Christian Andersen’s The Watchman of the Tower, this quad is a full-bodied beer with a complex fruity and estery nose followed by a rich, sweet, caramel malt flavor with notes of dark fruit and a low to medium hop bitterness and flavor. 10.5%

FATHER OF ALL TSUNAMIS: “The 2020 vintage of this imperial stout aged in rye whiskey barrels is exceptionally rich with cocoa-like dark chocolate flavors. This Father has a dryness on the finish to balance out the full-bodied richness of malt flavor and the subtle vanilla-like barrel character. A light spiciness hints at the robust rye whiskey that these barrels once held. 11.2%

BARREL-AGED NARWHAL: Narwhal imperial stout aged in oak Kentucky bourbon barrels for notes of dark chocolate, rich roasted grains, and espresso seamlessly blended with hints of vanilla and toasted coconut with a slight touch of honey from aging in the oak spirit casks. 11.9%