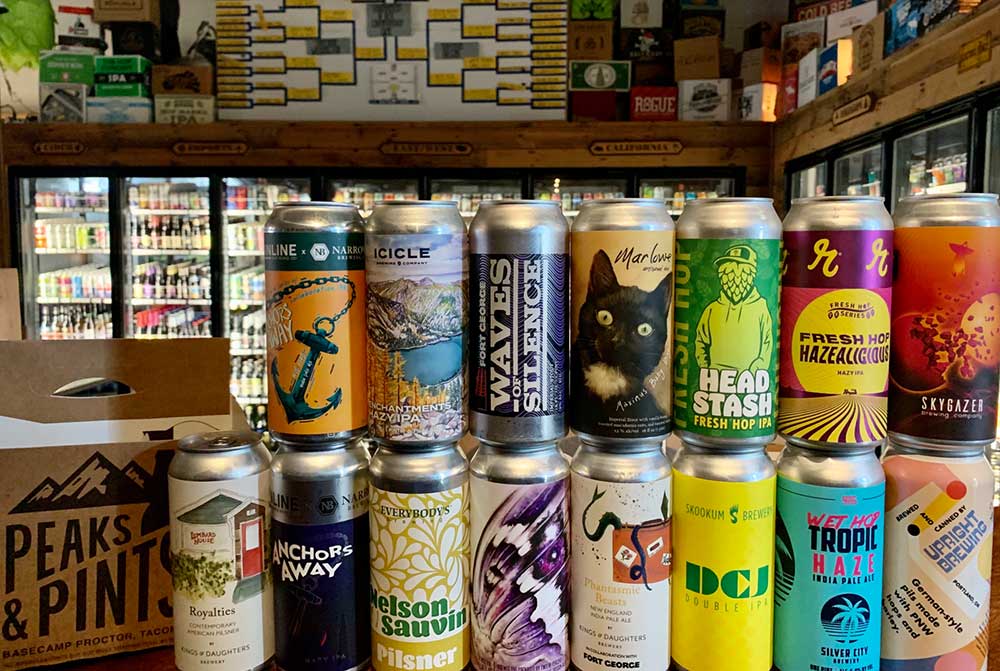 Tuesday is New Brews Day! Stop by for Peaks and Pints New Beer in Stock 9.20.22.

Chainline Brewing Anchors Away: Collaboration with Narrows Brewing, this West Coast IPA is brewed with Simcoe, Idaho 7 and a blend of CTZ and Chinook Cryo Powder for dank, woody, and berry notes, 7.7%

Icicle Brewing Enchantments Hazy IPA Series – Aasgard: The infamous Aasgard Pass is a steep, formidable gateway to the core of the Enchantments. Rising 2,200 feet above Colchuck Lake in less than a mile, the trek is grueling but gorgeous. You will have earned a tasty hazy IPA after all that, and this brew delivers the goods featuring abundant amounts of Mackinac, Mosaic, Citra and Simcoe hops for pleasant notes and aromas of ripe melon, mango, papaya, pineapple, and citrus, 6.7%

Kings & Daughters Royalties: Collaboration with Lombard House in Portland, this contemporary American pilsner has a smooth base featuring a bit of sweet corn notes finished off with a pilsner aggressive amount of German Saphir and Spalt hops along with a new American lager centric hop, Lorein, from Indie Farms, 4.6%

Reuben’s Brews Fresh Hop Hazealicious: Hazy IPA brewed with fresh Strata hops, plus Comet and Citra hops, for a hoppy punch with notes of grapefruit and a drier finish, 6%