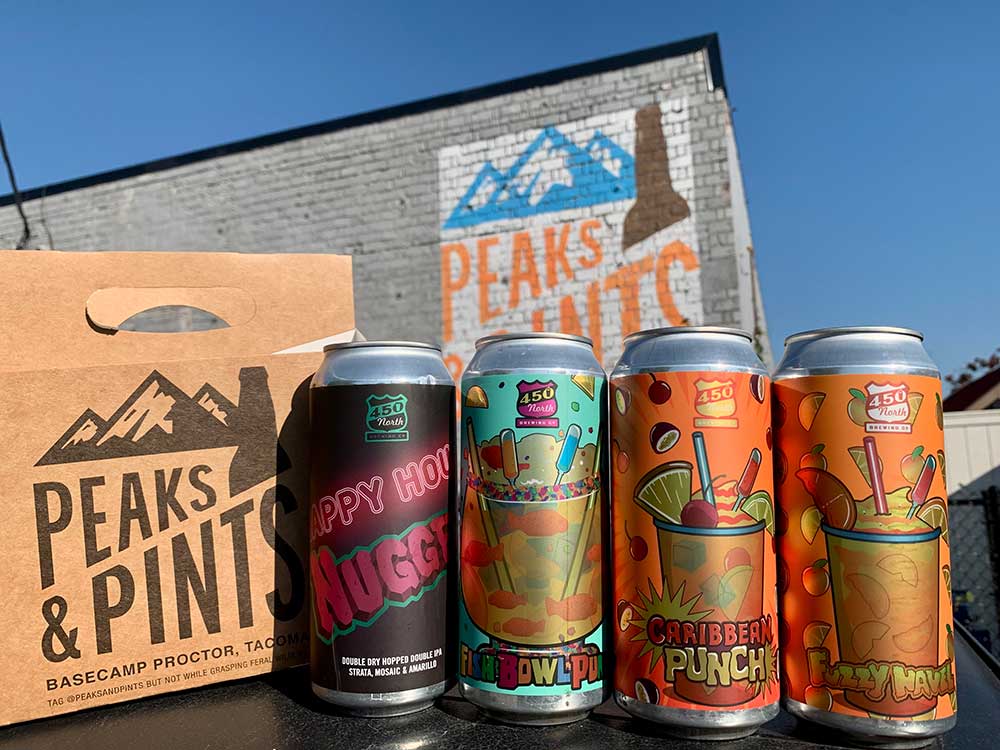 After farmers David and Brenda Simmons switched from selling their slow-moving culinary grapes to making wine, they eventually added a brewery, taproom, and restaurant to their Columbus, Indiana, farm. Then, in April 2016, their 450 North Brewing released a hazy IPA. Things blew up, in a good way. They rebranded and grew exponentially. Just as they were a pioneer of hazy IPAs, 450 North was also ahead of the smoothie fruited sour game. Their smoothie sours are often brewed with so much fruit puree that they look less like beer than a thick smoothie. These beers can clobber you with sugar. They can tread on beer’s natural spirit with aggressive lactose, with a storm of spices. But they can also be beautiful. 450 North Brewing, like the other beer slushy brewers, started with a potent Berliner weisse base in which the wort is allowed to cool in the brew kettle. Then lactobacillus (a bacteria in yogurt, cheese, and sauerkraut) is introduced. After a day or so, the mash becomes sour, and the brewing process is restarted with enough heat to kill the bacteria. Next, tons of fruit are added, from puree to infusion, with the goal being to re-create a nostalgic flavor in beer form. Peaks & Pints has received a loaded of cocktail-themed smoothie sours and a hazy IPA, so we decided to offer a mini to-go flight, Peaks and Pints Pilot Program: 450 North Brewing Flight. 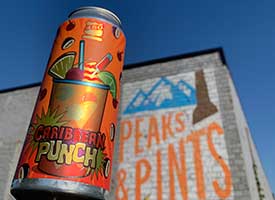 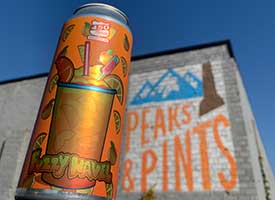