Peaks and Pilots Program: Pastry Stouts On the Fly

Chicago Tribune beer writer Josh Noel penned the term “pastry stout” in his recap of the 2018 the Festival of Wood and Barrel-Aged Beer, or FOBAB, after finding a surprising number of cake and cookie-inspired beers — gingerbread, German chocolate cake, milkshakes, etc.— at the annual Chicago beer festival. What is a pastry stout? Stouts made with any number of baking ingredients, such as cinnamon, coconut, chiles, cacao nibs, (Noel also includes coffee in this mix, but Peaks and Pints thinks that’s crazy talk). Critics believe some of these beers have taken flavor additives too far and obscured the soul of good beer, but there are some delicious examples to seek out, such as the pastry stouts in our to-go flight today, Peaks and Pilots Program: Pastry Stouts On the Fly. No judgment.

Peaks and Pilots Program: Pastry Stouts On the Fly 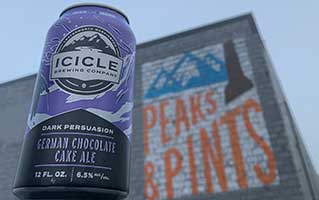 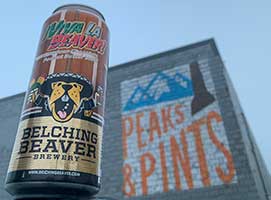 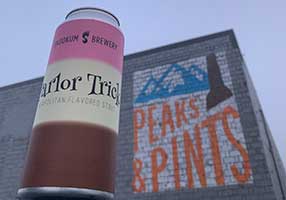 You know how your better half always eats the chocolate layer and leaves the vanilla and strawberry. By the way, what kind of person does that? Anyway, get all the Neapolitan ice cream flavors when you tip the Skookum Brewery Parlor Trick can. The oatmeal stout is brewed with cocoa powder, finished with strawberry puree and conditioned on whole vanilla beans. Chocolate is the dominant flavor, which we’re cool with, followed by light strawberry and vanilla. 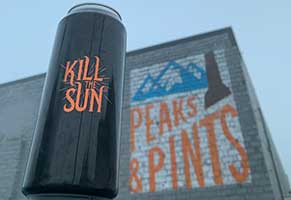 Ex Novo Brewing’s Kill The Sun imperial stout is aged in Heaven Hill Distillery and westward Whiskey barrels for notes of vanilla, roasted malts, oak, bourbon whiskey, toffee, and roasted marshmallow. Their Mexican Hot Chocolate variant adds lactose, chocolate, vanilla, cayenne and nutmeg to mimic the Mexican treat, which Mexicans have imbibed in since the Aztecs were stuck in caves in Aztlán. 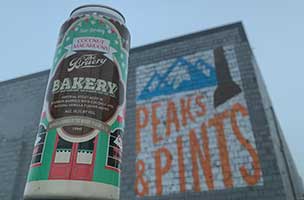