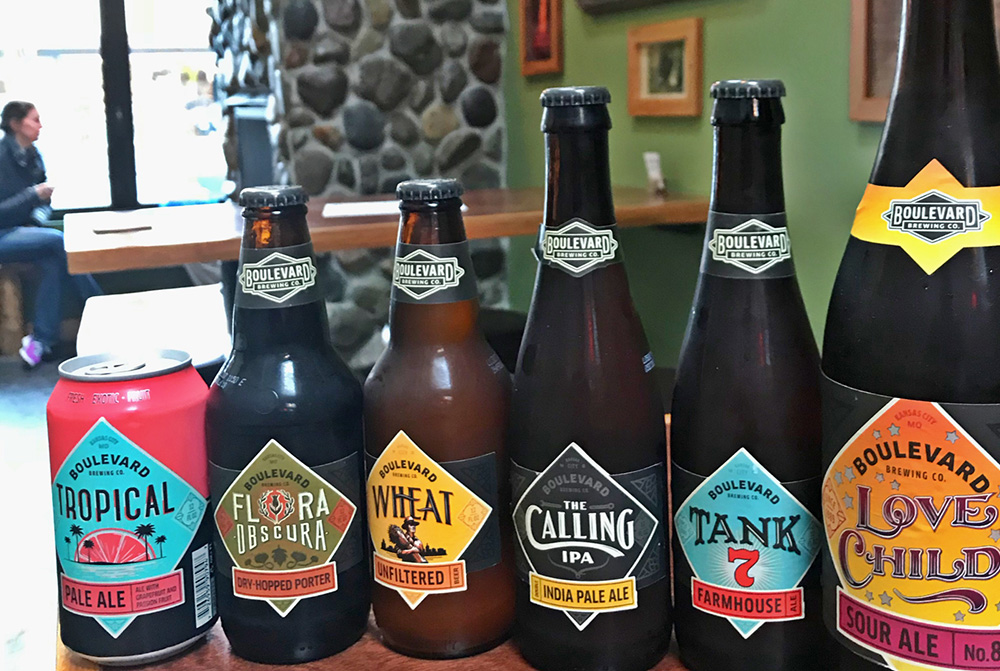 Founded in 1989, Kansas City’s Boulevard Brewing Co. has weathered a variety of challenges to emerge, survive and prosper, including the 2013 acquisition by Duvel Mortgat, the 147-year-old family-owned brewery in Belgium that also owns Brewery Ommegang.

It’s consistently in the top 10 ranking for craft beer in the U.S., thanks to its popular Tropical Pale Ale and Unfiltered Wheat Beer. Originally, Unfiltered Wheat Beer was filtered and clear but never caught on. Boulevard’s founder, John McDonald, who thought it should be unfiltered to begin with, decided there was nothing to lose and discovered he was right all along. Tropical Pale Ale is a year-round collaboration with Cigar City Brewing in Tampa, Fla. where grapefruit is in abundance. Whether there’s actual grapefruit in the recipe or the hops are turning the trick, it’s convincing and approachable at 5.9 percent alcohol.

Boulevard’s Tank 7 Farmhouse Ale sort of presented itself in 2008. The brewers were developing a base beer for Saison Brett — a Belgian style beer — and through the “cantankerous” personality of fermentation vessel 7, “ended up with a really remarkable beer.” Rather than disassemble the tank and battle its unique personality, the brewers count on its “black sheep” to keep creating this complex beer.

Peaks and Pints carries many Boulevard beers, including a new arrival Flora Obscura Dry-Hopped Porter. A new January seasonal from Boulevard, Flora Obscura marries rich malts — including caramel and chocolate — with five bright, citrusy hop varieties: Cascade, Simcoe, Amarillo, Mosaic and Galaxy. And the as name promises, its dry-hopped, too. All that adds up to an opaque, nearly black beer with elegant red highlights, and a tan head. Roasted malt, chocolate and citrus and pine aromas repeat in the flavor profile, along with tropical, espresso and caramel notes, before a bittersweet finish.

Benediktiner Weißbräu, Lich, Germany, Benediktiner Hell: a crushable, Bavarian-style lager with malty backbone and floral and herbal hops. It has a dry and bitter finish. 5%, 16oz