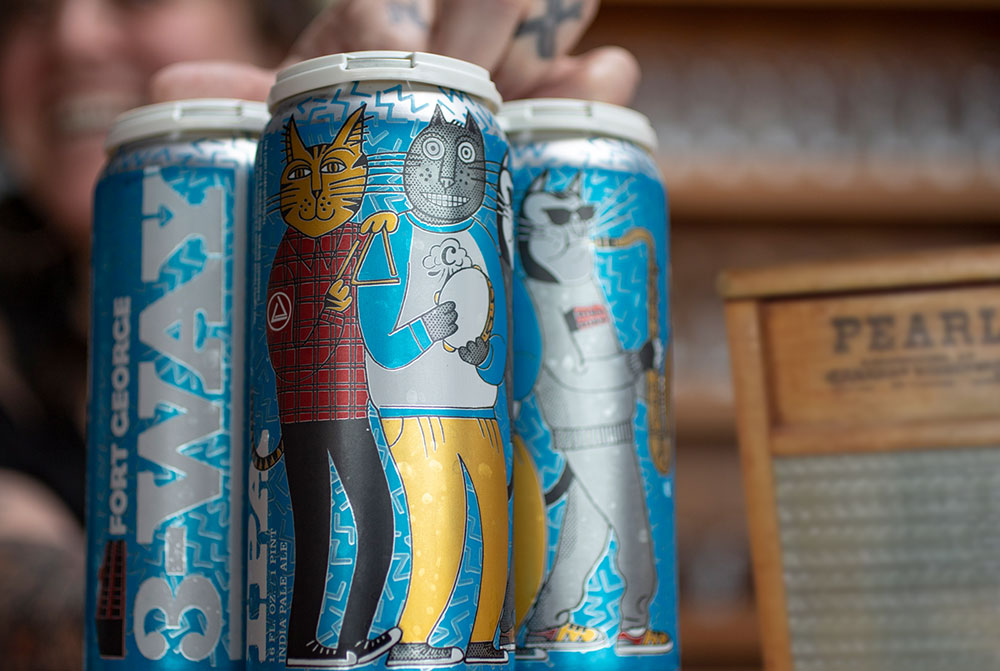 While summer days are great for lounging, it’s the hot summer nights that will truly make memories. And nothing heats things up faster than a Fort George Brewery’s 3-Way release party. Peaks and Pints has been selected to host the Astoria brewery’s annual IPA collaboration release party for the South Sound Thursday, June 20. How do we present such a coveted IPA to the region? Gotta have more washboard.

Tacoma’s punkgrass band The Rusty Cleavers will rattle the 3-Way pints and cans live during the release party at Peaks and Pints.

Fort George Brewery has brewed 3-Way IPA since 2013, featuring two different craft brewery collaborators every year. This year, Cloudburst Brewing and Ruse Brewing shared ideas and techniques with Fort George owner Chris Nemlowill, then began releasing beta small batches in November 2018. The initial idea was to brew something in between a New England style hazy and a West Coast IPA — unfiltered with pilsner malt, red wheat, golden promise, plus ample discussions about pH levels in the whirlpool and the amounts of each hop addition. Three hops were initially chosen — Cashmere, Idaho 7, and Citra. However, they also hatched a plan to try out different dominant dry hops in each batch, while also making minor adjustments to the rest of the recipe.

You’ll notice 3-Way IPA combines all of the fruit-forwardness of a hazy, but with that classic touch of bitterness from a West Coast IPA as The Rusty Cleavers perform “Laundromat Boogie.” You’ll toast the band’s “Hit on Heaven” song as you enjoy the bright, citrus fruit bomb that doesn’t finish too heavy or sweet. You’ll scream, “THIS IPA DOESN’T HOLD BACK ON THE HOPS!” as the band launches into “Whiskey You’re the Devil.”

But the fun doesn’t stop there. You’ll return to Peaks and Pints down the road (The Rusty Cleavers cranking through your Airbuds) as Fort George will move past the first batches heavily dry hopped with Citra (notes of orange juice, grapefruit zest, and bitter lemon peel) and beginning release new batches with supporting hops taking a starring dry-hop role. And you’ll be able to see which hop is dominant by checking the bottom of your can.

That’s all fine and dandy, but we’re focused on providing you a night you’ll remember with Fort George 3-Way on draft and in cans, and a few surprises on draft, beginning at 6 p.m. Thursday, June 20.