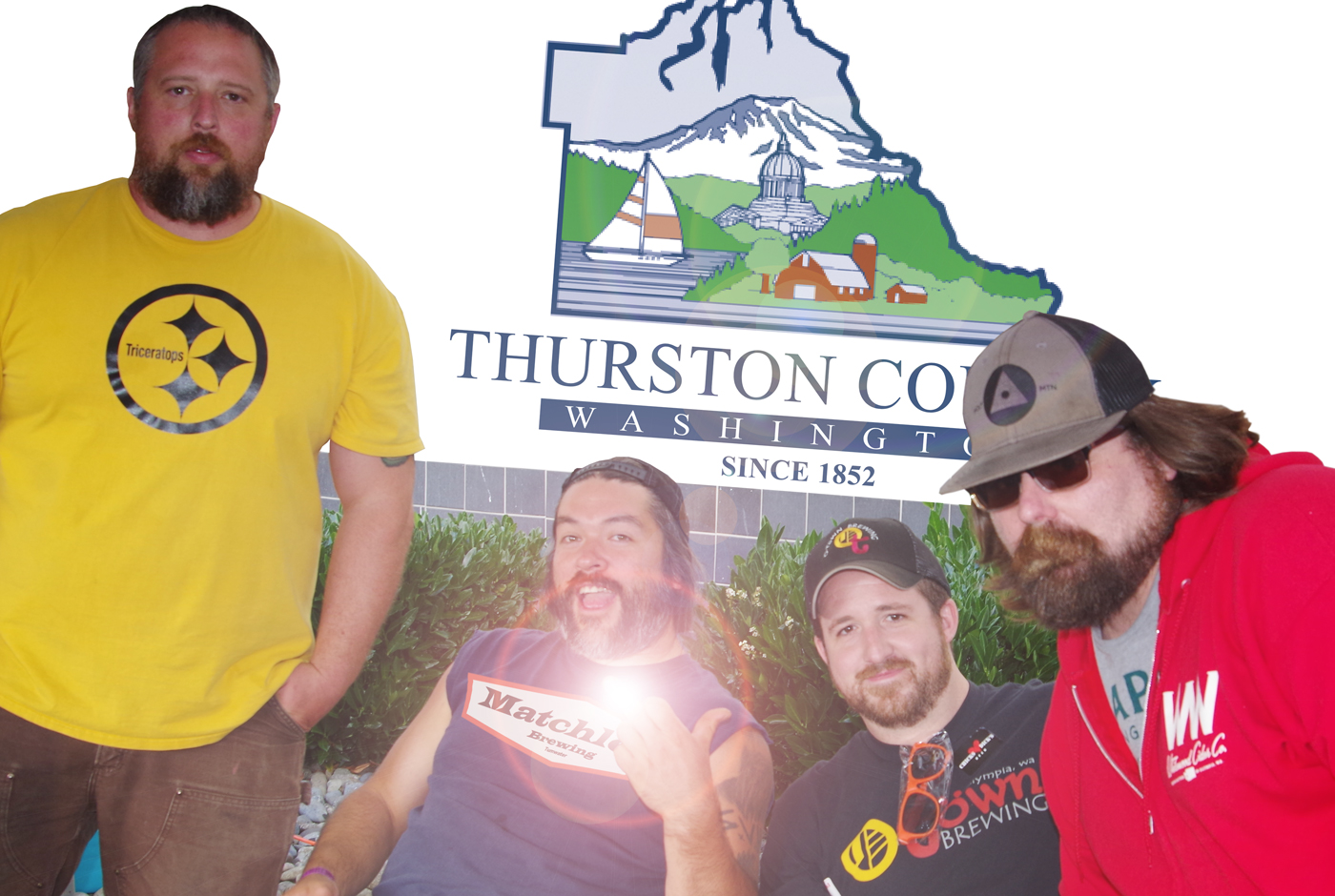 No matter if you’re a beer drinker or not, you’re likely familiar with the famed Olympia Beer motto of yesteryear. Whether describing the easy-to-drink suds that helped make the town famous, the Bud Inlet that helps give it character and beauty, the artesian wells that pump vitality into downtown, or simply the constant drizzle, there’s a reason “It’s the water,” has outlived production of the iconic beer it was coined to sell.

After all these years, it’s still the water. And Thurston County’s beer roots run as deep as its famous artesian wells. In 1896 successful Montana brewer Leopold Schmidt opened the Capital Brewery after discovering the famous artesian water was ideal for brewing beer. Originally housed in a stackhouse in Tumwater, and eventually renamed Olympia Brewery, it was a significant player in the region’s sudsy brew movement. The brewery slogged through Prohibition during the early 20th century and ownership changes 50 years later. The brewery closed in 2003 when its parent company shuttered the Tumwater plant and moved the production operation to Irwindale, California. In 1993, Crayne and Mary Horton led a dozen Thurston County investors in opening Fish Brewing Company, South Sound’s first craft brewery. It wasn’t until 15 years or so later that several Thurston County craft breweries followed Fish’s lead.

Peaks and Pints will salute the craft breweries and cidery of Thurston County during the 2017 Tacoma Beer Week. Wednesday, Aug. 9 we welcome Fish Brewing, Three Magnets Brewing, Top Rung Brewing, Matchless Brewing, Triceratops Brewing, O-Town Brewing and Whitewood Cider. The brewers and staff from the breweries will be in the house with two kegs each.

It might be all about the water, but these folks know how to use it.