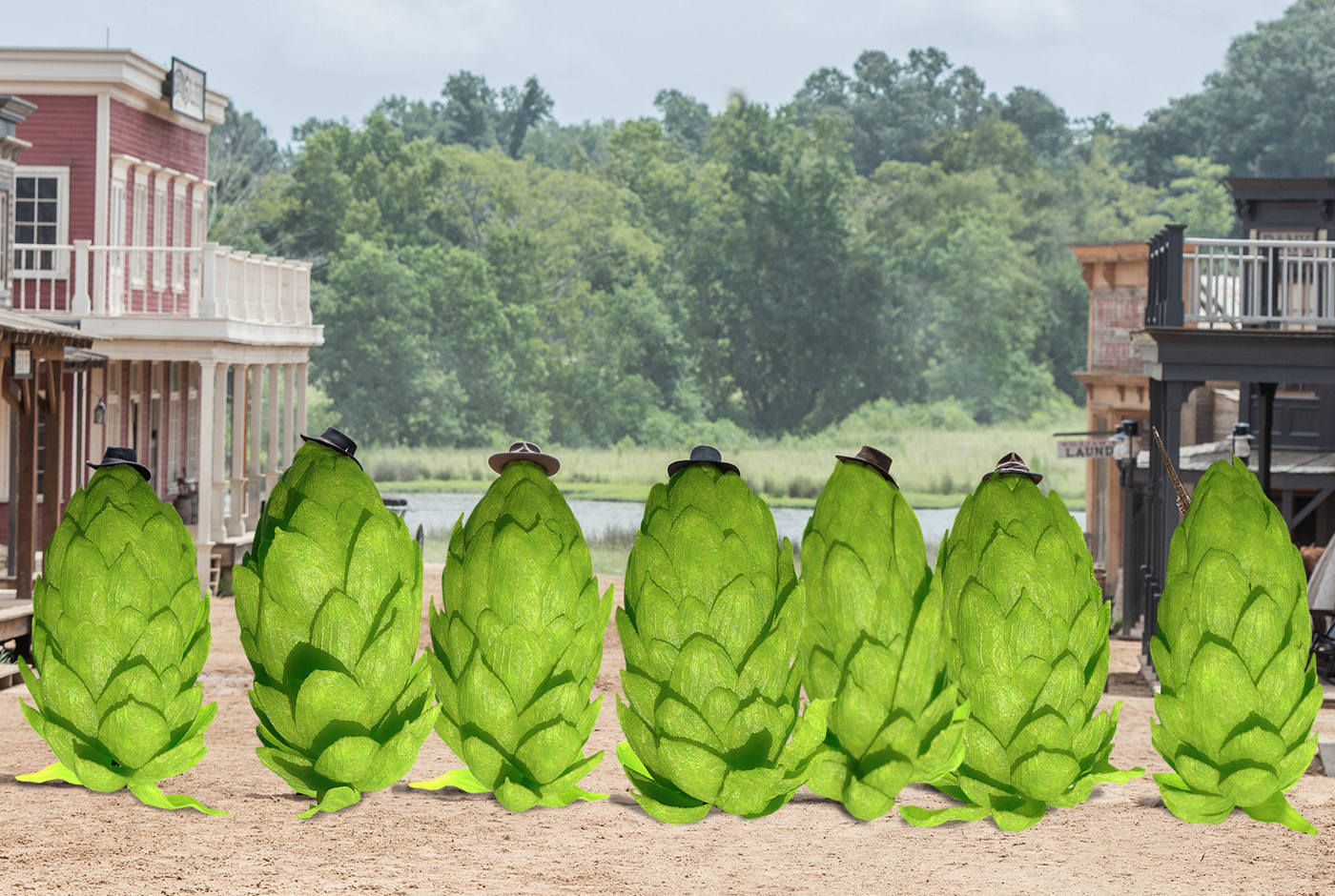 The Hopnificent Seven, a remake of the classic 1960 Western (itself a remake of the 1954 Japanese film The Seven Samurai ) comes with an all-star cast, a wide-ranging arsenal of hops and some funny lines. Directed by Mike Bosold, an award-wining shorts storyteller, The Hopnificent Seven is a tale of primary hop additions and dry-hopping during Tacoma Beer Week. When roughians invade the mountain-themed Peaks and Pints bottle shop, taproom and restaurant of Basecamp Proctor, leaving just sours and malt heavy craft beers in their wake, Click Wholesale Distributing brings in hop hunter Pacific Brewing and Malting Co. to take the roughians out and replenish the lodge with hop-heavy hitters. But Pacific Brewing needs help, so they round up a diverse group of hopslingers (pFriem Family Brewers, Double Mountain Brewery, Fort George Brewery Pike Brewing, Ecliptic Brewing, Breakside Brewery and Reuben’s Brews). While it isn’t always clear why these craft breweries are risking their tanks to help the people of Basecamp Proctor, their journey, and the ultimate hop throwdown, makes for enjoyable drinking.