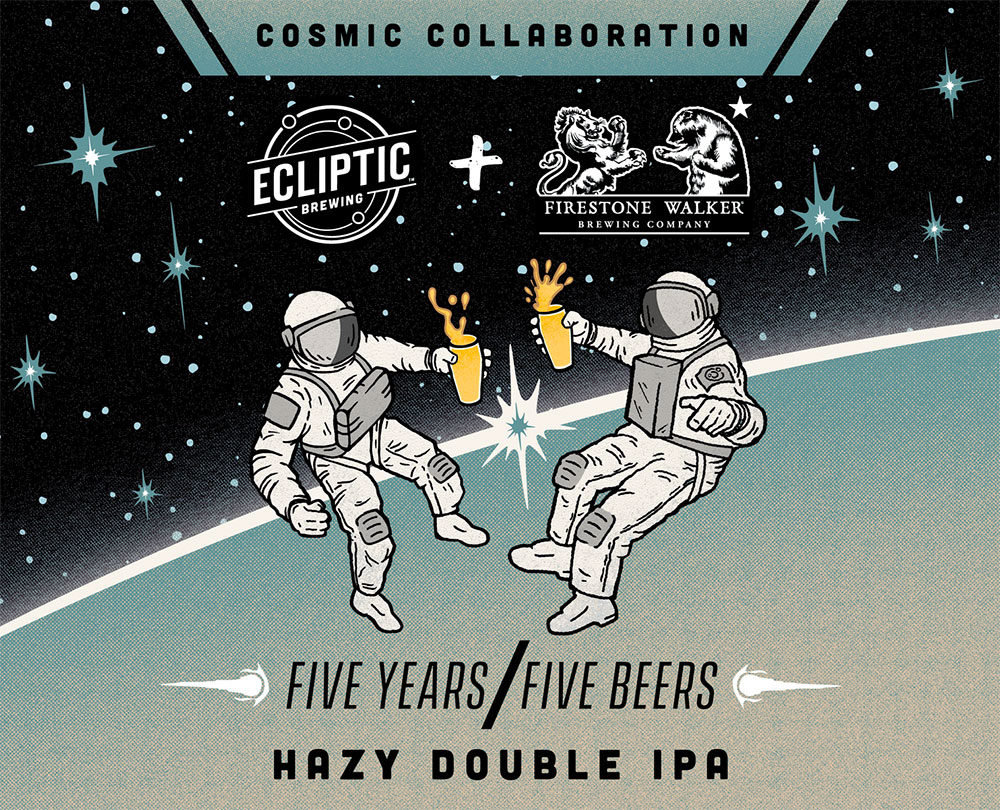 You’re on your way to Peaks and Pints for the Ecliptic/Firestone Walker “Space Walker” tap takeover Thursday, May 16. What to wear? Well, her Highness Zsa Zsa Gabor will of course be sporting a sheer sarong, tied provocatively for maximum thigh exposure. Her sultry henchwomen will surround her wearing the very latest in shapely, military-style tennis togs. And heels. Or perhaps you’re coming to Earth, to either destroy us or teach us a valuable lesson. In either situation, you should dress entirely in aluminum foil or some other thin, shiny material — preferably with a turtleneck. If you’re into leather, cool, but again, think shiny. In the ’90s, you wore a canvas jumpsuit with some fittings on it and a fishbowl. Naturally, if you are Stella Star from the planet of Amazons, a bikini and knee-high boots will suffice. Such are the sartorial choices evident in the work of space-cinema costume designers. Whatever you choose to wear May 16, Ecliptic Brewing, Firestone Walker Brewing and Peaks and Pints hope you enjoy Galactica Hazy IIPA, the double IPA the two breweries brewed together in celebration of Ecliptic’s fifth anniversary.

Ecliptic picked Peaks and Pints to showcase their newest Cosmic Collaboration series, “5 Beers for 5 Years,” in which the Portland brewery collaborates with five other esteemed breweries to brew five celestial concoctions, and then taking each collaboration on separate tours supported by tapped craft beer from both breweries. The first beer, Tangerine Farmhouse Ale, was a collaboration between Ecliptic and Brooklyn Brewery. Peaks and Pints tapped it and other beers from the two breweries April 1. Ecliptic’s Cosmic Collaboration continues with the next brewery in their “5 Years/5 Beers” series: Firestone Walker Brewing Company of Paso Robles, California.

In deciding what beer to brew, both John Harris, Ecliptic Brewing owner and brewmaster, and Firestone Walker Brewmaster Matt Brynildson, knew they wanted a big, juicy beer. The result is a hazy double IPA brewed with pale malt, wheat, oats, along with Idaho 7, HBC 692, and El Dorado hops. “I feel very honored to have Matt and Firestone Walker on board to help us commemorate our anniversary,” Harris said in a media release.

Yes, the remaining four “5 Beers for 5 Years” nights at Peaks and Pints this coming year will probably make your head explode, but let’s cross that orbit when it comes. This Thursday, May 16, let’s aim the telescope at two iconic brewmasters’ craft, drink the Galactic Hazy IIPA and other beers from the two breweries and toast Ecliptic’s fifth orbit around the sun while wearing futuristic motocross suits.