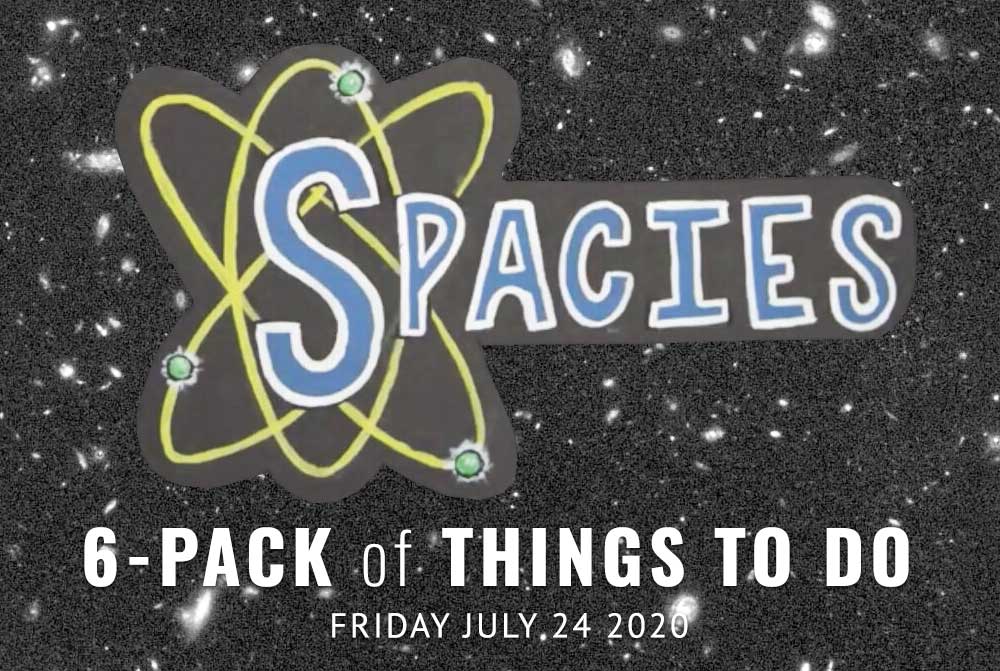 Summers in the South Sound typically seem to end as soon as they begin. This year, summer was over before it even commenced. Yesterday, Gov. Jay Inslee extended the ban on large gatherings through the summer in an effort to curb the COVID cases spike in the state. Street fairs and carnivals, canceled. Beer festivals, gone. Outdoor concerts, no more. But we have news for you: There are at least six things you can still do in the South Sound every day during these sunny dark times. Peaks & Pints will attempt to uncover such gems six days a week. Cheers!

THEATER: A current-day audience might feel tempted to write off radio theater as a poor substitute for in-person theater, with its rich visual tools, its live interaction with an audience. But in the coronavirus era, when we can’t gather in playhouses, the community theater groups in South Sound are unable to perform. However, they’ve found another way to provide their entertainment for people that need it most in quarantine. Tacoma Little Theatre hosts a radio play over the conference call app, Zoom. They’re be performing Spacies, a serial space opera in the style of yesteryear tonight. The stories follow Commander Rash Blasterbelt and Ensign Jock Junior, members of the Intergalactic Space Guardians, as they travel through the cosmos to defend the innocent. Pair this space theater experience with a dank, citrus Fremont Space Danger! IPA from the Peaks & Pints cooler. 8 p.m., Tacoma Little Theatre Zoom

BEER FLIGHT: Citra, Mosaic, and Simcoe hops belong together — if for no other reason than they were bred by the same person, Jason Perrault. A fourth-generation hop grower, Perrault started his education at Washington State University, where he earned a Bachelor of Science degree in Agricultural Economics, followed by a Master of Science in Plant Breeding and Genetics. In the early 2000s, he birthed Citra, Mosaic and Simcoe as the general manager of Perrault Farms, where he is the CEO today. Perrault went on to be the CEO of Yakima Chief Ranches where he continues to develop new hop varieties. Today, Peaks and Pints suggests a to-go flight of IPAs brewed only with the three hops — a flight we call Peaks and Pints Pilot Program: Citra Mosaic Simcoe On The Fly. 11 a.m. to 8 p.m., Peaks & Pints, 3816 N. 26th St., Tacoma

MOVIE: “Do not get lost in a sea of despair. Be hopeful, be optimistic. Our struggle is not the struggle of a day, a week, a month, or a year, it is the struggle of a lifetime. Never, ever be afraid to make some noise and get in good trouble, necessary trouble,” said John Lewis, a lion of the civil rights movement whose bloody beating by Alabama state troopers in 1965 helped galvanize opposition to racial segregation, and who went on to a long and celebrated career in Congress. Last Friday, the sun set on the life of the civil rights leader and Georgia congressman. He was 80. If you would like to learn about Lewis’ life and legacy, the documentary John Lewis: Good Trouble is available in The Grand Cinema’s Virtual Screening Room. Pair this movie with a Wingman Brewers’ Black is Beautiful Imperial Coffee Stout from the Peaks & Pints cooler. $12 movie

TACOMA IN SOLIDARITY: Portland Mayor Ted Wheeler looked like hell Wednesday night. It could be from the stress of having militarized federal agents deployed to his city who are detaining people on streets rather than protecting federal property. Or, Mayor Wheeler looked disheveled because he got his ass tear gased by said agents. He is in agreement with protesters: Law enforcement’s response to nightly demonstrations is disproportionately violent. Also in agreement is Lana Parson and the Tacoma Black Lives Matters supporters. Parson is hosting Solidarity With Portland Rally, Protest Against State Brutality this afternoon at Tollefson Plaza in downtown Tacoma. “Tacoma stands in solidarity with the Portland protestors!” 2-4 p.m., Tollefson Plaza, 1548 Commerce St., Tacoma

BASEBALL: No one is taking anyone out to the ballpark, but that’s not stopping Major League Baseball from offering a truncated 2020 season. The Seattle Mariners open the 60-game season today, with a seven-game road trip that starts in Houston for four games against the Astros and concludes with a three-game series against the Los Angeles Angels at Anaheim July 28-30. All 2020 season games will be televised on ROOT SPORTS and broadcast on 710 ESPN Seattle and the Mariners Radio Network. The M’s will have their home opener July 31 against the Oakland Athletics. The club said there will be no fans at games at T-Mobile Park “until further notice,” in light of the novel coronavirus pandemic. Instead of throwing your shoe at the TV drink a big citrus-y Wander Brewing Shoe Toss IPA from the Peaks & Pints cooler. First pitch 6:10 p.m.