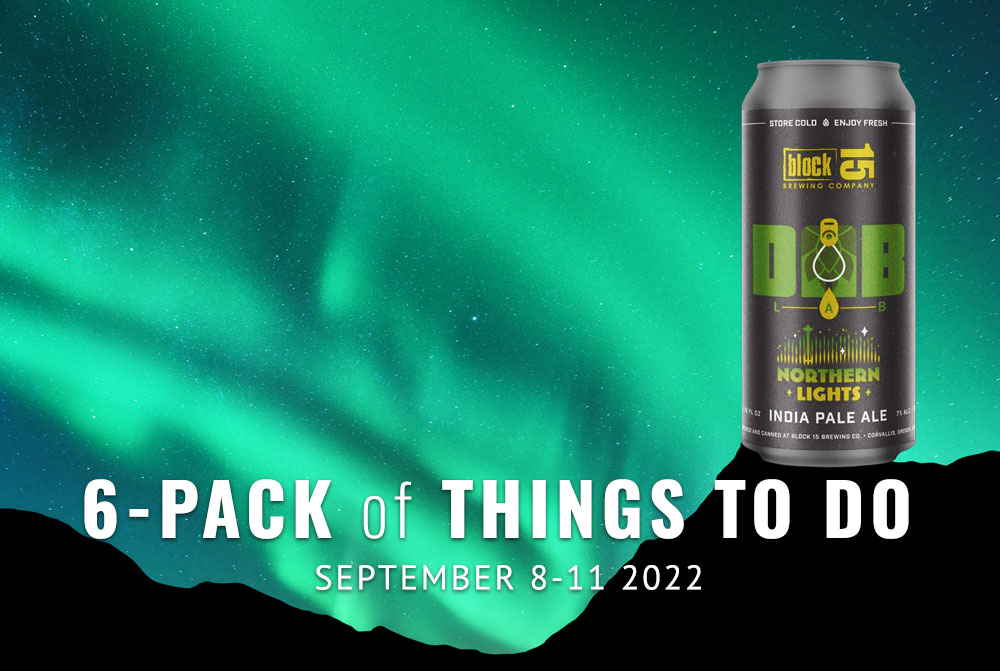 “Who goes to the Fair, anyway, besides farmers and grandparents?” Well, put down your Cosmos and snap on some overalls, because the answer is … you — unless a 16 beer tap takeover, West African dance, Fresh Oktoberfest, beer podcast, Harlis Sweetwater Band, or Brad Pitt on a bullet train is more your thang, then giddy-up! …

DANCE: Prepare to have your senses dazzled Thursday night as the Tacoma Urban Performing Arts Center presents another Dance in the Museum. Every second Thursday, master dancer from the West African nation of Ghana, Awal Alhassan, and his wife, Shaymao, lead folks in the vibrant dances of West Africa — each dance is a celebration of life’s moments and must be performed with joy and exuberance at the Tacoma Art Museum. Along with Bret Benraven on drums and dance students from T.U.P.A.C., they’ll guide your through the dance phrases and relate the movement expression to works of art on view at the Museum. 6:30-7:30 p.m., Thursday, Sept. 8, Tacoma Art Museum, 1701 Pacific Ave., Tacoma, all ages

PODCAST: In 2002, after eight batches, Manny Chao and Roger Bialous high-fived in their Seattle backyard after nailing their Manny’s recipe — a pale ale that went on the be Seattle’s beer. Chao was the first employee at Mac & Jack’s Brewing where he learned the craft beer business from washing kegs to selling beer. Chao and Bialous relocated their Georgetown Brewing Company to the historic Seattle Brewing and Malting Plant, where Rainier Beer was once produced. In 2008, the duo relocated the business to a larger Georgetown neighborhood space keep up with Manny’s demand. The craft beer equivalent of jumping out of an airplane without a parachute, the Grit & Grain podcast sat down with Chao and Bialous to discuss how they entered the craft beer business, the many successes, the couple mishaps including the pandemic, their huge hearts, and around 253 laugh sessions in Episode 9 (posted) and Episode 10 (posts Friday).

MUSIC: If the Harlis Sweetwater Band isn’t carefully, they’ll be known as The Valley’s house band. This awesome blues meets ’60s-style soul meets rock band will rattle the Rainier cans once again at the Tacoma bar meets restaurant meets music venue. Aside from headlining blues festivals and shows of their own, the Harlis Sweetwater Band has been direct support for such artists as Jimmie Vaughan, George Thorogood, Robert Randolph & The Family Band, Los Lobos, and Walter Trout just to name a few. Music critics have called deep-voiced, broad-shouldered, bearded frontman Harlis Sweetwater the best singer in any genre. The Huntington Beach band rolls into The Valley Friday night. 8 p.m. Friday, Sept. 9, The Valley, 1206 Puyallup Ave., Tacoma

FILM: David Leitch’s Bullet Train screens at The Blue Mouse Theatre this weekend. Filmed on a Japanese-powered bullet train, the dumb but fun movie sports a wealth of acting talent and an effective utilization of its snake on a train storyline. Ladybug (Brad Pitt) is an unlucky assassin who’s determined to do his job peacefully after one too many gigs has gone off the rails. Fate, however, may have other plans as his latest mission puts him on a collision course with lethal adversaries from around the globe — all with connected yet conflicting objectives — on the world’s fastest train. 7 p.m. Friday, Sept. 9-Monday, Sept. 12., plus 3:45 p.m. Saturday and Sunday, 2611 N. Proctor St., Tacoma, photo courtesy of Bullet Train/Twitter