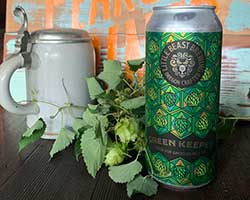 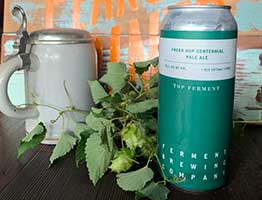 Ferment Brewing Brewmaster Dan Peterson rushed to Coleman Agriculture to grab fresh Centennial hops for this year’s Fresh Hop Centennial Pale Ale. Hop cones, cut from the trellises, were immediately collected by bleary-eyed Peterson on a pre-dawn mission. Once back at the brewery, fresh hop cones were crammed into a fermenter with freshly brewed American pale ale to extract the magic that is the fresh hop brew. 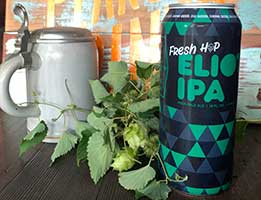 One of the first beers Ex Novo Brewing brewer Jason Barbee made was Eliot IPA, named after the brewery’s Portland neighborhood. Eliot is a light IPA focused heavily on well-rounded hop flavor and aroma from Centennial, Simcoe, Citra, and Mosaic in the dry hop. For the fresh hop version, Centennial receives the focus adding loads of pine in the nose and on the palate with some grassy notes. 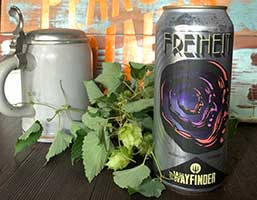 Freiheit! means “freedom” in German and is a reference to Münchner Freiheit, the area of Münich where the Allies freed the German people of Nazi rule. It’s also an ’80s New Wave band that Wayfinder Beer digs. Freiheit! is a golden, smooth, malty Oktoberfest Wiesn-style lager. This incredibly sessionable beer is very much alike a strong export helles than a Maerzenbier. It has an excellent body with a strong malt backbone and a bitter, dry bite. Light and easy, this one is perfect for the sandwich, as its flavor doesn’t bowl over the special’s flavors. The slight bitterness adds an extra dimension of flavor to the spicy/sweet bite. 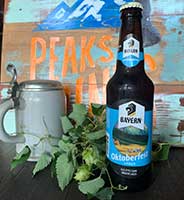