Fish Brewing Company is chill. The entire staff can chill mad hard. I wouldn’t bat an eye if I saw Fish head brewer Paul Pearson driving a new Lincoln, rolling his fingers and rambling slow soliloquies. They don’t offer spin the wheel hijinks at beer festivals. They don’t publicize their every move. Their beer does all the talking.

The World Beer Awards was in Fish’s house yesterday, and you could hear a minnow drop. Fish Tale Ales’ Beyond the Pale Ale, produced by Fish Brewing Co. in downtown Olympia, was named the 2015 World’s Best Beer by the World Beer Awards this past September. Yesterday afternoon, Jay Brooks, head World Beer judge, presented a beautiful glass trophy to Sal Leone, CEO and president of Fish Brewing, who was surrounded by his Fish family, board members, dignitaries, peers, Fish Mug Club members and media. Pleasantries were exchanged. A balanced food plate applause went down. Beyond the Pale Ale was sipped.

I wanted Leone to ride in on a Harley and do doughnuts inside the massive storage room.

I wanted head brewer Pearson to parachute off the brewery’s loft with sparklers spraying off his heels.

I wanted Fish’s general manager Matt Lisowski to lead a conga line through the brewery ending with a full-on rager lead by Olympia metal band Gunslinger.

That’s not Fish. They don’t fish for compliments.

Yet, for all the chillin’ these guys do, there’s just as much hard work and elbow grease. And the proof is in the beer.

“The kudos go to Paul, Matt and the brewery staff,” Leone told the small crowd gathered at the World Beer Award trophy ceremony yesterday. “Not only is this an honor for Fish Brewing, but also for Olympia and the surrounding area.”

Beyond the Pale’s flavor has become more bitter over the years, with juicy citrusy hops and a minimally sweet caramel malt base.

“Fish Tale Ale’s Beyond the Pale Ale was named best in show of all the thousands beers submitted for the competition,” said Brooks as he hoisted the heavy glass trophy. “Congratulations.”

In June, Fish Brewing Company was awarded the 2015 Washington State Brewery of the Year Award at the Washington Beer Awards competition.

There are so many accolades … it’s like shooting fish in a barrel.

“Thanks for the award, but I was hoping for a trophy with a cup on top so I could drink a beer from it,” said Pearson drawing laughter. “I want to thank everyone at the brewery. This is a team effort. I want to thank all the Mug Clubbers for supporting us. I really appreciate it.”

This year also saw a remodel for the brewery’s neighboring Fish Tale Brew Pub, opening it up to families, as well as a Fish tasting room in Woodinville.

Fish Brewing Company has been handcrafting ales of Northwest proportions since 1993. Founded by Crayne and Mary Horton and a few dozen local investors, Fish began operations humbly with a 15-barrel brew house, two 15-barrel fermenters, and one dairy tank. Today, Fish produces hand-crafted beers and ciders under three core brands: Fish Tale Ales, Leavenworth Biers and Spire Mountain Cider, which can be found in 20 states and internationally, both in bottles and on draft.

“Every last member of the staff here is responsible for this award,” said Lisowski. “I tell you guys this all the time. It doesn’t matter if you’re stacking boxes on the bottling line or you’re the head brewer, if it wasn’t for everyone doing their job, and exceeding expectations, this award wouldn’t be possible. This is a testament and kudos to you. I would like to ask all staff members to come up and touch this award with Matt and I.” 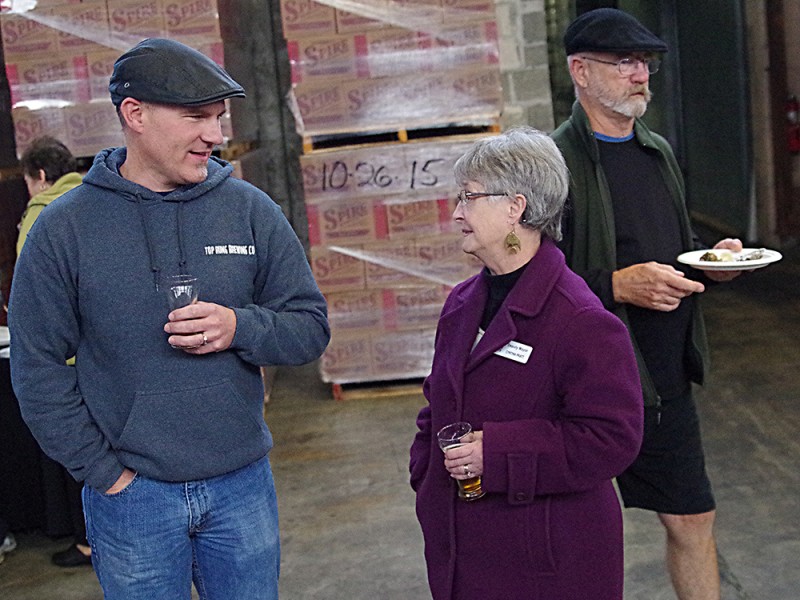 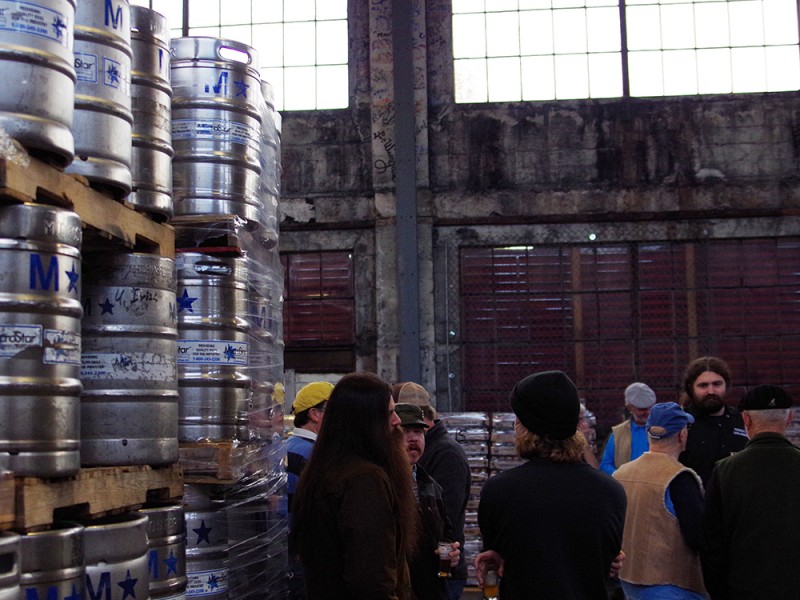 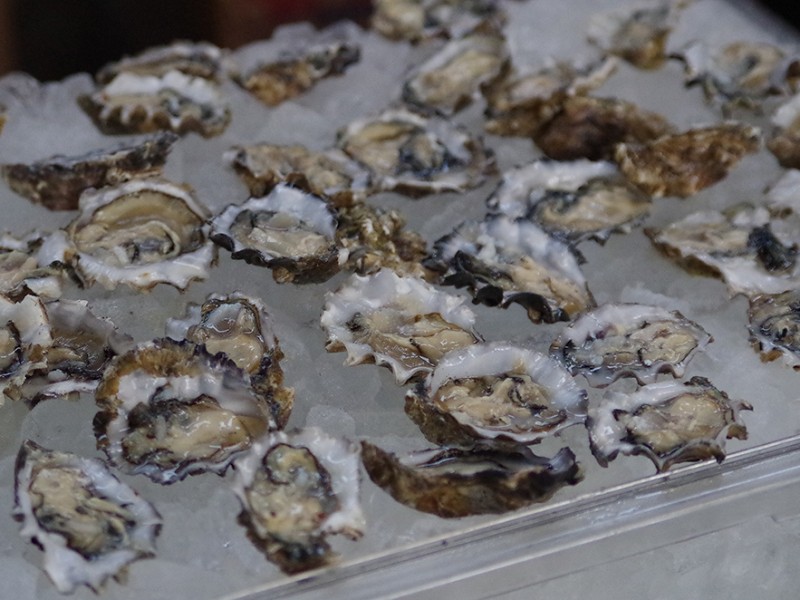 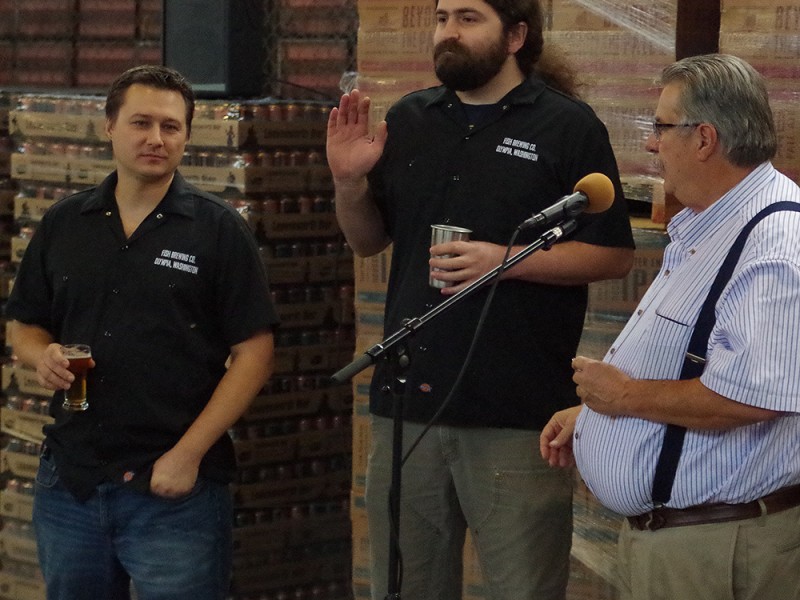 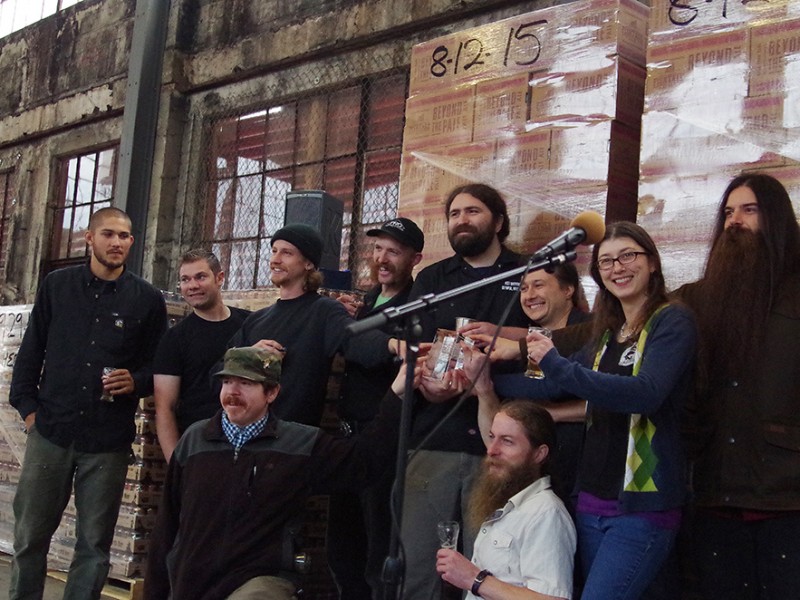 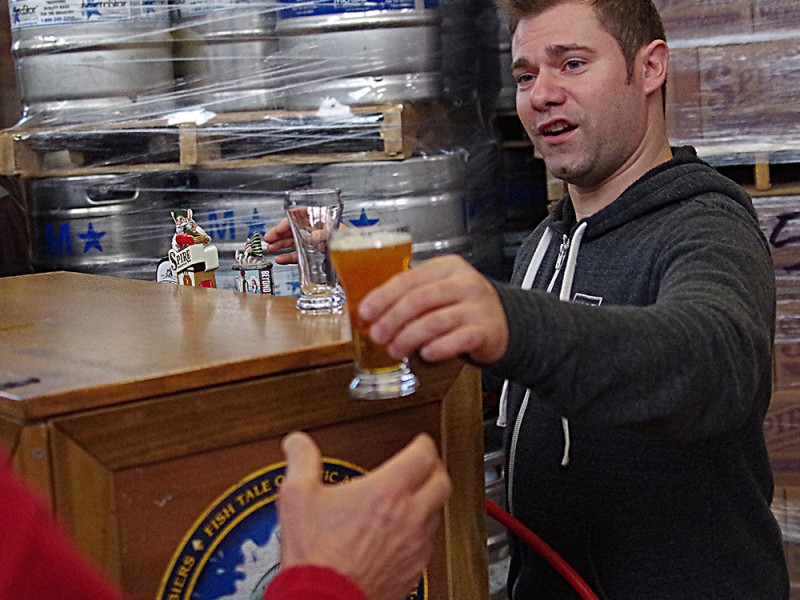 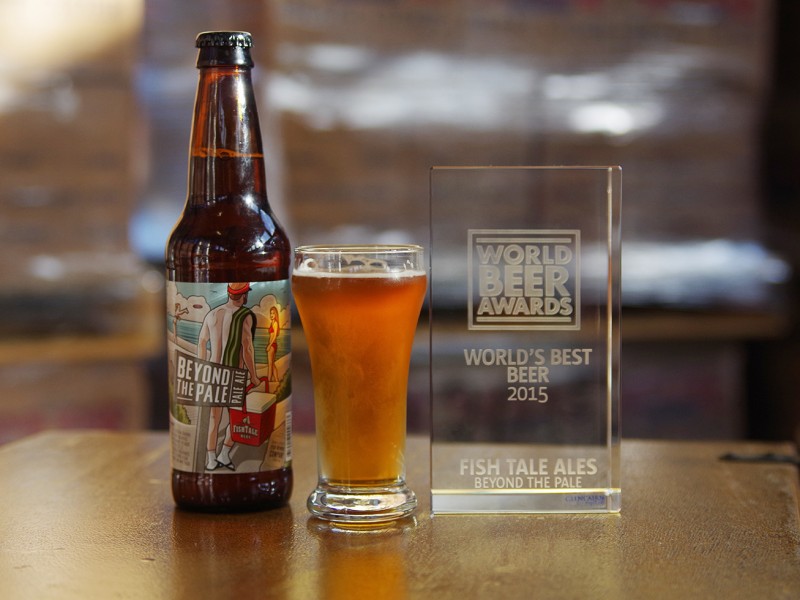 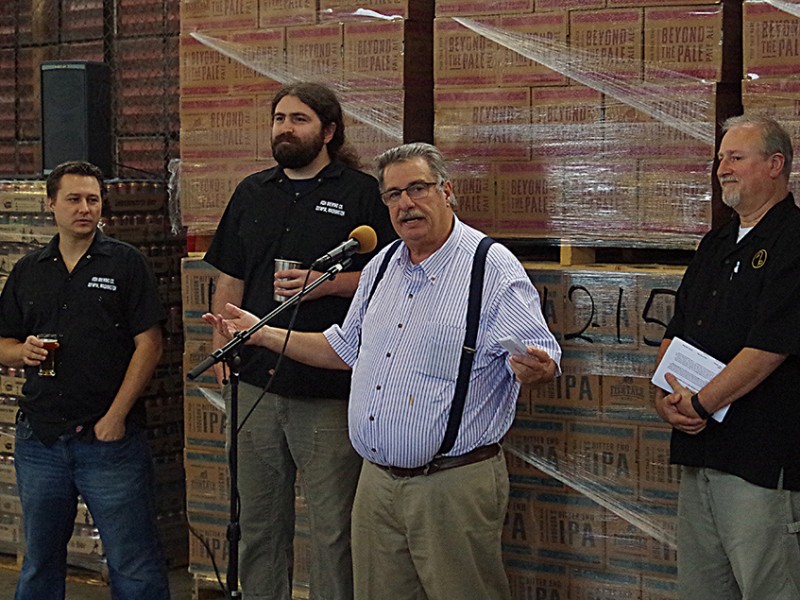 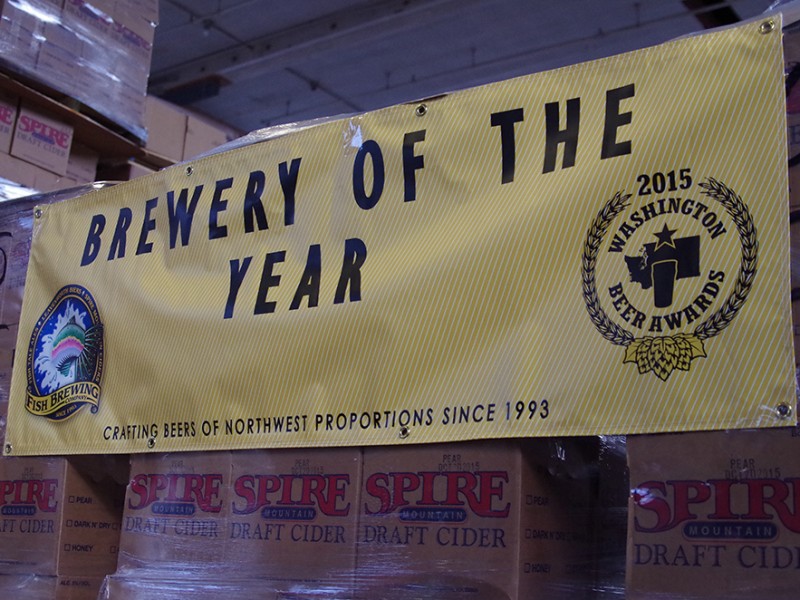 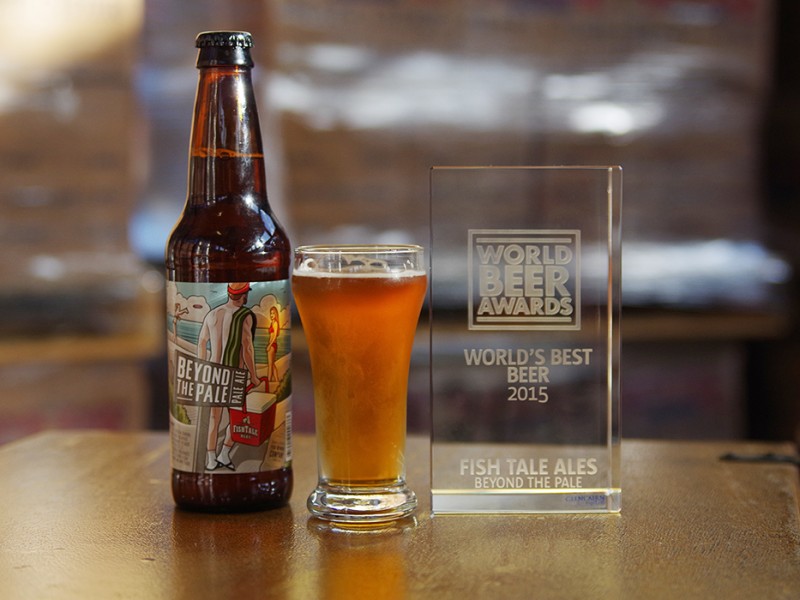