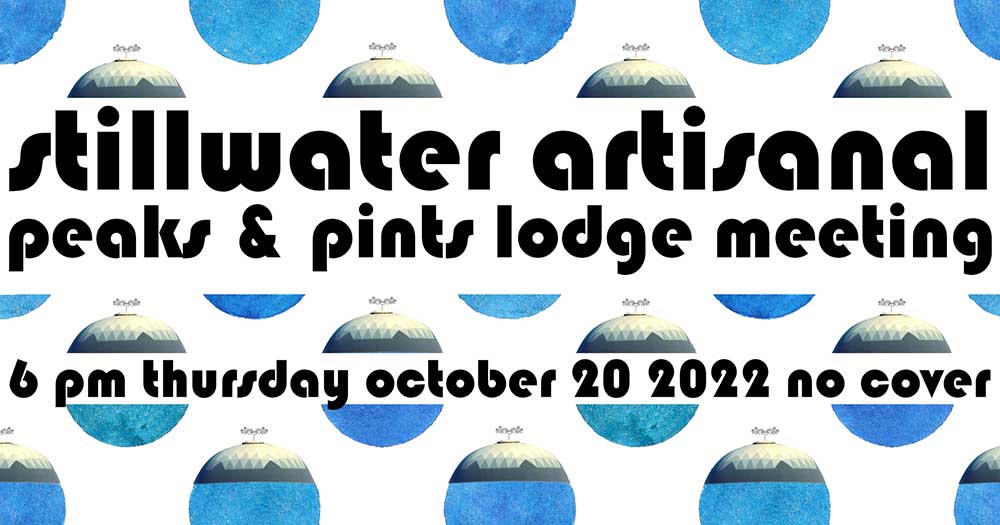 Visit Peaks & Pints Thursday, Oct. 20, to meet former iconic gypsy brewer Brain Strumke, founder of Stillwater Artisanal Ales, as we welcome him to his new home in Washington state. We’ll tap several of his beers that he brewed at his new home base at Talking Cedar Brewery & Distillery, which sits on tribal land in Rochester on the southern edge of Thurston County.

Strumke might have stickered many a brewery across the world — and by stickered we mean slapped his Stillwater Artisanal Ales sticky label on a brewers’ refrigerator or 100 while he brewed his beers at guest breweries. Strumke, a former Baltimore, Maryland, record producer and DJ founded Stillwater Artisanal Ales in 2010 and helped kickstart the nomadic so-called gypsy brewery movement. It was at the onset of the craft beer renaissance and the public and media were just starting to take notice — it helped that his saisons and assorted new wave American farmhouse ales seemed unusual and foreign concepts that quickly piqued the interest of talent agencies and craft beer enthusiasts. In 2011, arguably the most influential beer source of the time, RateBeer.com, named Hill Farmstead Number 1 and Stillwater Number 2 on their annually published list of the best new breweries in the world. Strumke went from homebrewer to traveling international beer celebrity with Stillwater beers splashed across magazines and clubs from Brooklyn, New York to Denmark.

In 2018, art took Strumke to Seattle, where he met Matt Storm, owner of the world-class beer bar The Masonry, the man known for his intensely curated beer list and wood-fired pizza. In 2020, the pandemic paused Strumke’s nomadic lifestyle and, allowing him to dive into Storm’s concept for a new brewery, Fast Fashion. The duo began brewing a series of small batch beers paired with a smart, fashionable Instagram account. Fast Fashion became its own fashion tribe of line-out-the-door beer culture.

The Peaks & Pints will tap a Fast Fashion beer Oct. 20, but the emphasis will be on Strumke’s Stillwater brand and his new Washington home. Stop by Peaks to chat him up while enjoy his talent. Cheers!