A full list of goodies will be dropped in independent record stores across the country that day.

And it’s a long one.

Other albums sure to fly off the brick and mortar shelves by noon (or earlier) include Car Seat Headrest’s Twin Fantasy (Mirror To Mirror), Sleigh Bells’ Kid Kruschev, and two Courtney Barnett albums (a “City Looks Pretty”/”Sunday Roast” 12-inch and an LP picture disk version of The Double EP: A Sea of Split Peas). 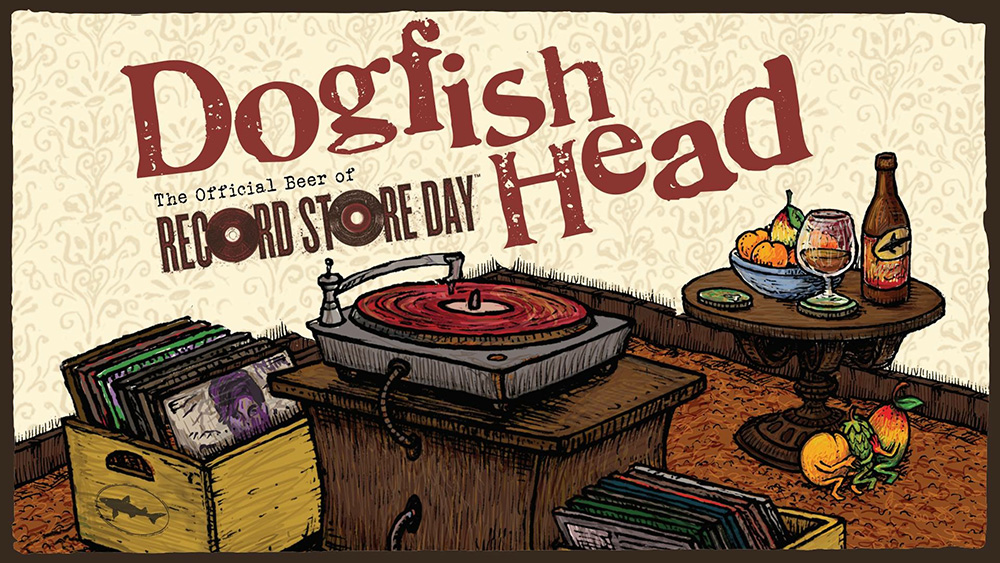 Every Dogfish Head beer ordered comes with a raffle ticket with a change to win an awesome Dogfish Head turntable, which is on display at Peaks and Pints. In addition, bring in receipts from vinyl purchases during the month of April for an extra chance to win the turntable.

In addition, there will be plenty of Dogfish Head door prizes, including vinyl records, Music To Drink Beer To CDs, free Record Store Day posters and more while supplies last.

Dogfish Head has also teamed up with Sony Legacy for a record collaboration, called Music To Drink Beer & Make Love To. The vinyl compilation will be released on Record Store Day at retailers across the country, as well as part of the raffle at Peaks and Pints April 19. Expect Flaming Lips tunes all night long.