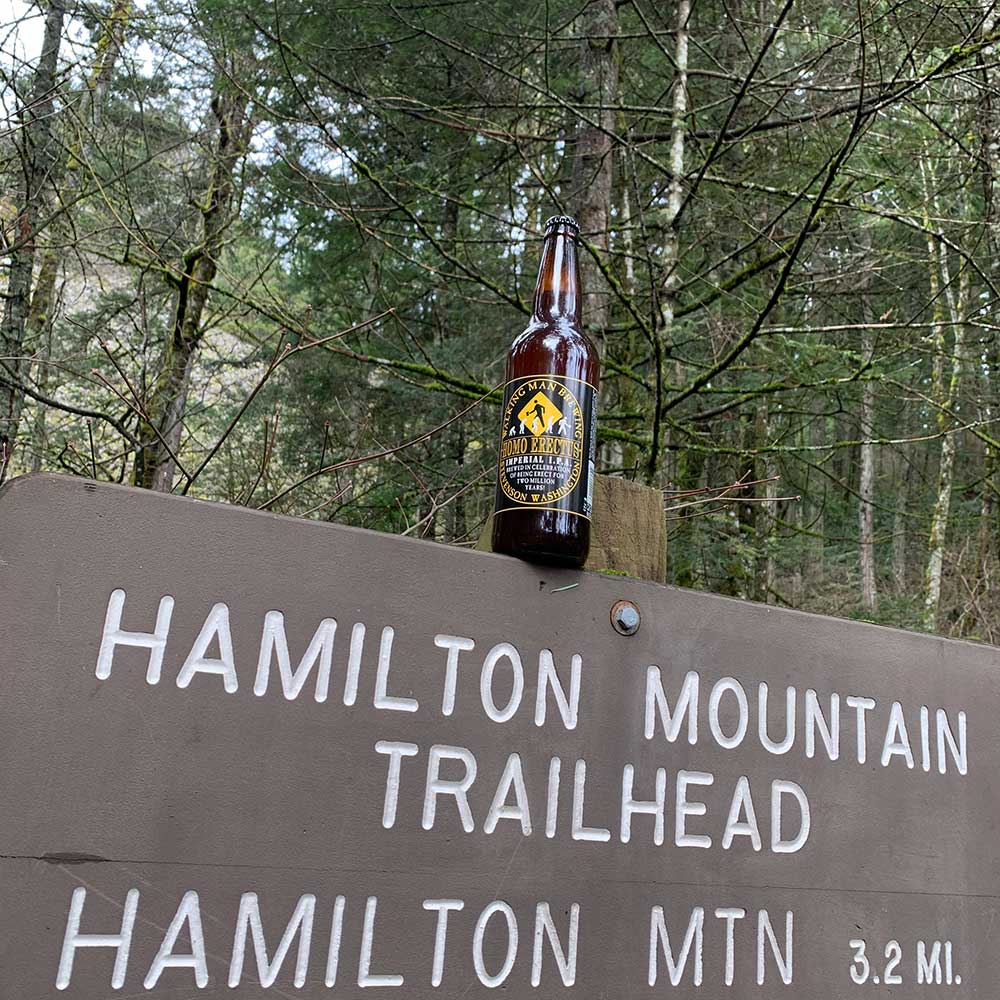 Walking Man Brewing Homo Erectus Imperial IPA was nominated as a fifth seed in the Southern Washington Region of the Peaks & Pints Tournament of Beer: NW Double IPAs, which will begin April 2, 2021. The tournament bracket will be released soon. Since we’re not touring breweries to preview the tournament this year, we enjoyed the beer as a Peaks and Pints: Walking Man Homo Erectus and Hamilton Mountain.

Welcome back Walking Man Homo Erectus! The imperial IPA out of Stevenson, Washington, was a 10th seed in the Peaks & Pints Tournament of Beer: Washington State IPAs in 2017. It ended up grabbing second place behind Rainy Daze Goat Boater IPA. No doubt Homo Erectus will walk hard again with ample floral hops, sugary malt and orange blossom honey in the aroma. Its real game plan is its flavor — a blend of pine, orange rind and caramel malt along with some ruby red grapefruit and grassy bitterness.

Just north of Beacon Rock on the north side of the Columbia River Gorge, the popular Hamilton Mountain Trail offers tranquil woods, craggy cliffs, mountain streams, superb vistas, waterfalls, and a loop option for the trek. After a moderate climb through Douglas firs, you’ll hit waterfall junction — Hardy Falls, Pool of the Winds, and Rodney Falls. Once the trail crosses Hardy Creek the ascent begins with several switchbacks and the payoff cliff-top viewpoints. The trail follows along the ridge and climbs steeply toward the summit for sweeping views of the Columbia River Gorge, Mount Hood, Mount Adams, Mount St. Helens, and the Bonneville Dam. 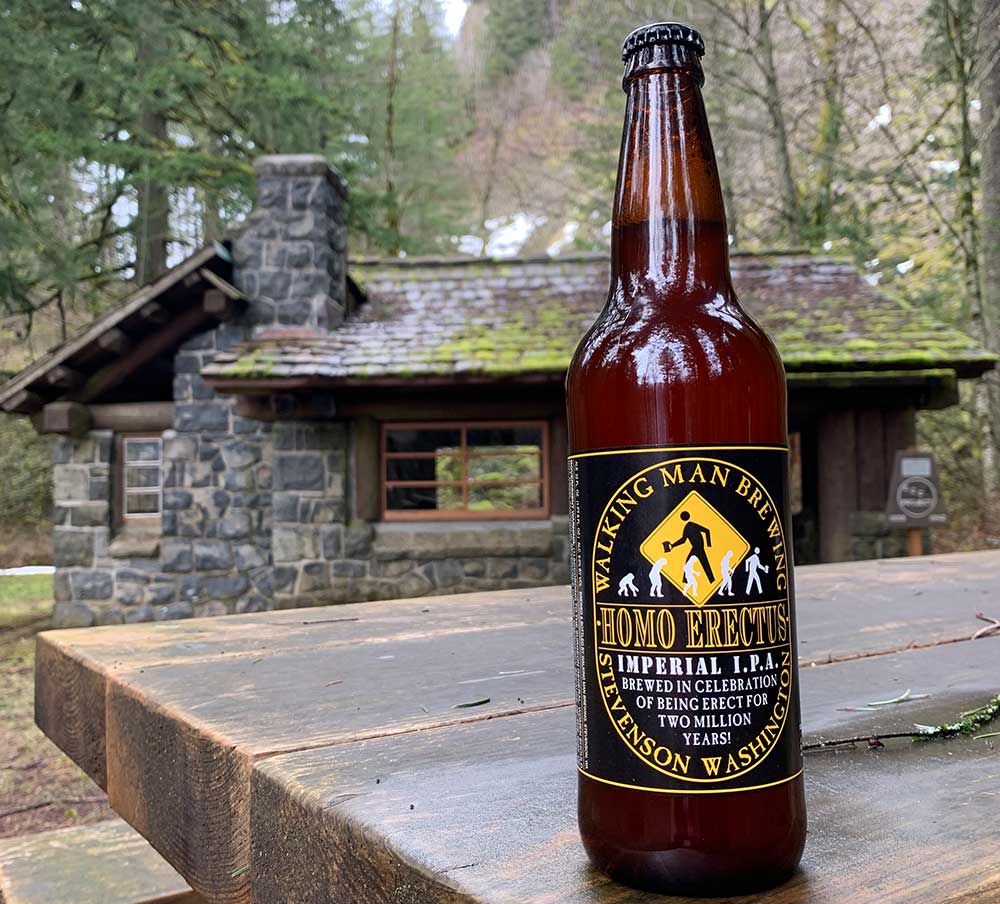 Back at the Hamilton Mountain Trailhead, we divvied up the Homo Erectus and debated if the town of Stevenson can rally around the Walking Man double IPA again. We wondered how many times snow has prevent access to the tiny Hamilton Mountain Trailhead parking lot forcing people to hike up the half-mile road from Beacon Rock. We marveled at the beauty of Rodney Falls. We agreed next time we’ll camp at the Beacon Rock State Park — the only Gorge campground on the Washington side between Portland and Hood River.

From Camas, drive 22 miles east on Highway 14 to the Beacon Rock State Park entrance sign. Pass the ranger station, and look for the next road that angles up the hill to the left (north). Turn left off the highway onto that road. After .3 miles, turn right into the Hamilton Mountain Trailhead parking area.