SARAH JANE: For the last two weeks Peaks & Pints presented you with a compelling question: Who brews the best double IPA in the Pacific Northwest? And you have responded in multitudes. Sick days have been used. Friendships have fallen apart. Maltsters and hop farmers living together — mass hysteria!

BETHANY: We’re into day two of the Second Round. Our Tournament introductions are shorter. We’re secretly drinking sours under our announcer desk. We’re running low on get-ups to wear.

SARAH JANE: So, please, read up on yesterday’s action, and then vote on the next four Second Round games. It’s in your hands, mouth, and stomach. Do us proud people. 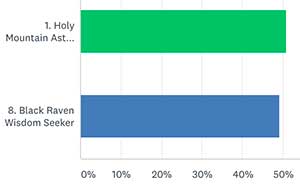 SARAH JANE: There comes that sharp knowing point where you realize you can buck your own trend and overthrow your own inner dictator and hack into your own gnarled mainframe and instead realize it’s OK to enjoy modern dance and organic vegetables and read better books and rarely watch TV and lightning will not strike you if you suddenly decide to vote for a number one seed double IPA because you want to surround your life with Galaxy and Citra hops.

BETHANY: That’s right, Sarah Jane, Holy Mountain Astral Projection won by 20 votes and moves into the Sweet 16. It was an unbelievable battle. 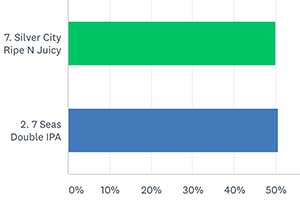 BETHANY: Her bedtime probably came late last night. 7 Seas Double IPA won by a sliver — 51 percent of the vote — to advance to the Sweet 16.

SARAH JANE: Great Notion kept the lead all day with ferocious play from their Juice Box Double IPA, with assist after assist from Great Notion Juice Jr. That one-two juice punch was too much for Trickle Drops. Juice Box secured 63 percent of the vote and moves into the Sweet 16. 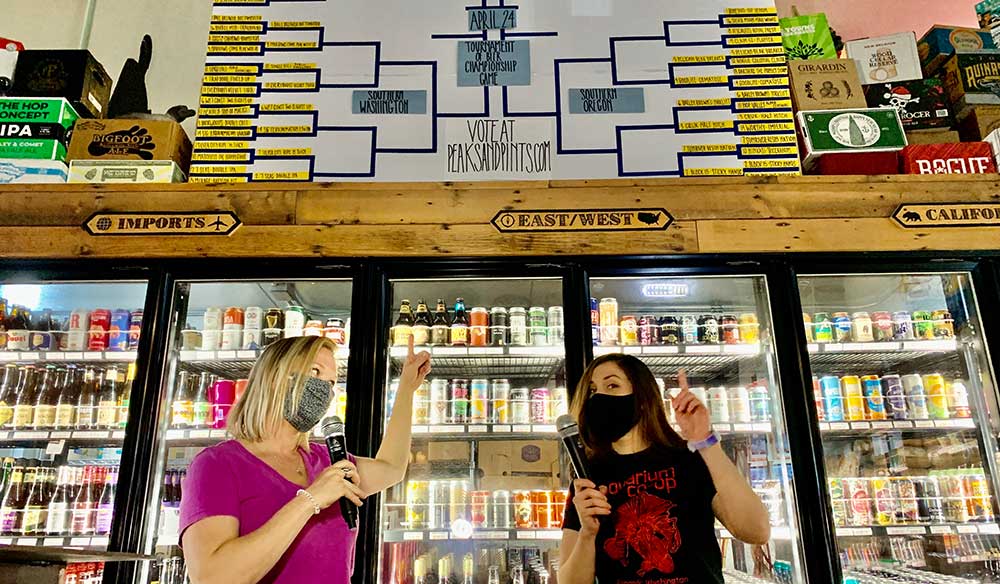 BETHANY: Right now Block 15 Sticky Hands in Corvallis, Oregon, is throwing a Block party as it extinguished Resin Nation with 58 percent of the vote. Sticky Hands moves into the Sweet 16.

NICOLE: Let’s weed through the hops. The following are advancing to the Sweet 16:

SARAH JANE: Rainy Daze and Structures had impressive First Round wins against Cloudburst and Skookum, respectively. Structures has to be concerned that Rainy Daze might use more than Only The Tip. Rainy daze must be worried about, well, Structures.

BETHANY: This is too close to call. Vote now. 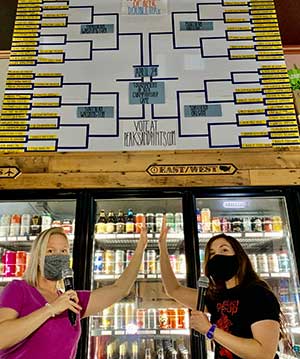 SARAH JANE: Full disclosure – I use to tend bar at Wet Coast Brewing in Gig Harbor. I know Wet Coast owners Molly and Bryan Copeland and April and Aaron Johnson treat their staff well. I know Two Flights Up double IPA is delicious. So, I should probably excuse myself from this game.

BETHANY: Technically, it’s too late haha. … Both breweries have huge followings, impressive for Sig Brewing since they haven’t been around as long as Wet Coast. There is also a rumor that Wet Coast Sales Executive Paul Whitcomb and Sig Brewing Sales Executive Dante Hernandez will face off in what is being called “WWEt Coast SigMania” today. Will this affect the outcome? What I do know is both breweries need to rally the troops as this is going to be a barn burner.

SARAH JANE: What’s there to say that everyone doesn’t already know? Laurelwood Public House & Brewery restaurant has long been one of the anchors of Portland’s craft beer scene, reliably producing beers since 2001 that have so woven themselves into the fabric of the city’s beer culture that it’s easy to forget how damn tasty Megafauna Imperial IPA really is.

BETHANY: From the moment you walk through pFriem Family Brewers’ front door, everything at the waterfront pub in Hood River seems perfect — from the craft beer to the staff, from the view to the firepit, from the kitchen to Farmer Matt’s Academy Award-winning brewery tours. If the Double IPA makes a rare appearance on their 20-tap tower, then you must have a pint of the dank and piney perfection.

SARAH JANE: As you can see, this game isn’t an easy decision.

BETHANY: Any brewery that combines an almost barleywine character double IPA with a giant yard with all the lawn games deserves to have its double IPA taken very seriously indeed. No matter how you twist it, Crux Half Hitch is a contender.

SARAH JANE: I imagine Oregonians will make the 230-mile drive between the two breweries to sip them both. 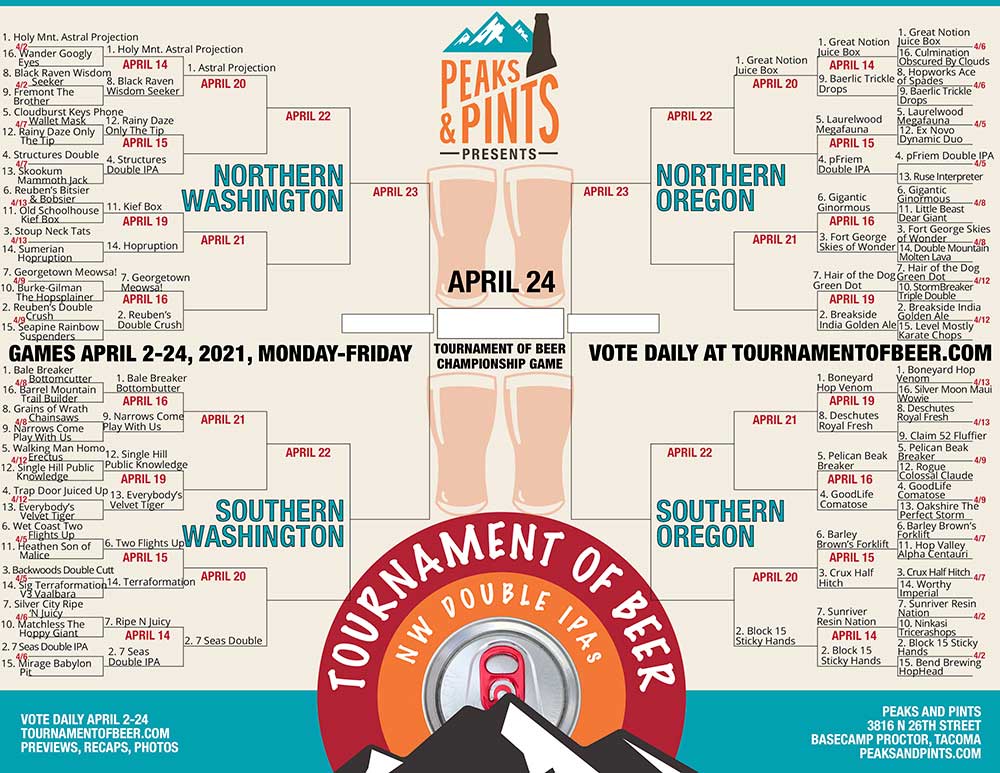