AMBER HAMILTON: Live from Peaks & Pints it’s the Tournament of Beer: Northwest Lagers! I’m Peaks bartender Amber Hamilton. Let’s get down to lager logic. What constitutes a great pale and light lager? Who brews the best in the Pacific Northwest? Everyone seems to have his or her own favorite, and everyone’s an expert. This past March Peaks & Pints polled the public asking what are the top 64 regular lagers brewed in Washington and Oregon? They chimed in. Friday, April 8, we launched the Tournament of Beer: Northwest Lagers, pitting chosen 64 lagers against each other, similar to the NCAA Basketball Tournament, only with way more burps. People may skip our beer descriptions and witty banter and scroll to the bottom to VOTE NOW.

TRISH ORTEGA: (Burp!) Thanks Amber. I’m Peaks bartender Trish Ortega and two days ago a customer asked, “Where’s the dunkel I nominated?” While lagers cover a broad range of styles — from helles and pilsner, to dunkel, dortmunder and amber lagers — Peaks & Pints chose light and pale lagers for this year’s Tournament of Beer. We asked the public to vote based on the BJCP Style Guide Category 1A American Light Lager, 1B American Lager, 2A International Pale Lager. The breweries also had to be recognized by the Washington Beer Commission or Oregon Brewers Guild.

HAMILTON: Maybe someday Peaks & Pints will host a Tournament of Beer: Northwest Dunkels. Maybe someday monkeys will fly out of my butt, too.

ORTEGA: I’m not sure that Wayne’s World quote works here.

HAMILTON: It does, Trish! OK, let’s take a look at yesterday’s results and today’s four games

HAMILITON: Probably, but if there’s one thing we’ve learned over the years, it’s don’t mess with Gig Harbor. Gig Harbor was a bustling fishing village with lumber mills and boat-building yards before the Tacoma Narrows Bridge was built in 1950. Congrats to Wet Coast as it advances to the Second Round. 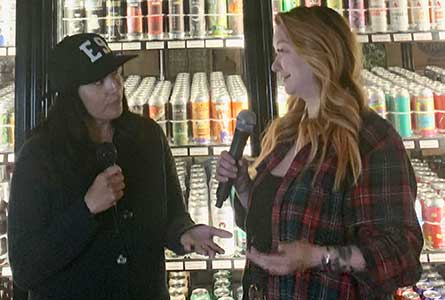 HAMILTON: OMG, please say this is true. I’m sure many people traveled the 14 miles yesterday to drink both beers. In the end, Grains of Wrath grabbed 60 percent of the vote and a date with Wet Coast’s Costa Mejor in the Second Round.

ORTEGA: Despite a late push from Ancestry Brewing’s ancestors, Ruse Brewing and its large, devoted, Portland following proved too powerful in yesterday’s action, catapulting Shifting Dreams into the Second Round with 65 percent of the votes.

HAMILTON: In a dream, shifting happens when someone is on the verge of sleep, thinking hard about a subject. Yesterday in my dream I ate a ten-pound marshmallow, when I woke up my pillow was gone.

ORTEGA: Let’s wade through the chilled wort. The following are advancing to the Second Round:

HAMILTON: It’s time for today’s lager battles. Please join in the singing of our national anthem.

ORTEGA: Thank you Annie Brobst! OK, let’s get to voting!

ORTEGA: Have you heard?! Silver City’s Ziggy Zoggy is now even more of a party beer. The Bremerton brewery refreshed the recipe keeping one brewer boot in its German lager heritage and one Sketcher in a lighter-bodied, crisper, and refreshing party atmosphere.

HAMILTON: Barrel Mountain Head Brewer Ryan Pierson just won another medal — this time, ironically, a gold for the Luv Ya Lager at the 2022 Washington Best of Craft Beer Awards. This lager also won gold at the 2017 Washington Beer Awards, bronze the following year at the same festival, and many more.

ORTEGA: There was a time when Everybody’s Brewing co-founder Doug Ellenberger would shotgun this lager with every visitor touring his old brewhouse.

HAMILTON: That’s because it’s not too hoppy or heavy. It’s so crisp and clean plus, I mean, Saaz hops!

ORTEGA: Everybody’s head brewer Dave McGinley has been killing it since taking Adam McClure’s head position a year ago. McGinley, who has been in the beer business more than a decade, worked every position in Everybody’s brewhouse before being crowned.

ORTEGA: Well here comes the little beer from a little town on the Washington side of the Columbia River Gorge. Little Town Lager is light but not too light. It’s sweet at first, then slightly bitter, followed by a lovely savory, bready aftertaste.

HAMILTON: I hear Backwoods bartender Kayla Christian left for Virginia. She’s been a Backwoods since they opened. I wonder if she’s moving to a small town in Virginia, like Onancock. Although, it doesn’t sound like my kind of place.

ORTEGA: Oh, jeez. Anyway, these two lagers are brewed minutes away from each other. Friendships might end over this one.

ORTEGA: pFriem has a Farmer Matt. If he was here he’d tell you, “This lager has white foam on top of a bright light blonde body, enhanced by a wedge of lime. Aromas of light corn, orange blossom, and a hint of Mexican beach will dance around your nose. Clean flavors of balanced malt enlightened by savory notes from the Jacobson Sea Salt coats before it lifts off the tongue nicely with a finish that desires more.”

ORTEGA: Pilsner and 6-row malts give this lager a nice malt sweetness but it’s balanced out by the citrus and tropical hop aromas and flavor.

HAMILTON: I love Laurelwood beer. I suggest pairing their lager with Laurelwood Brewery bartender Nate Anderson’s music. You can find his music and art at Windchime Weather.

HAMILTON: That’s awesome, but what’s more awesome is Von Ebert’s efforts to fight Parkinson’s disease. They were a big proponent of Pints for Parkinson’s and now the Brian Grant Foundation. They brewed Rasta Monsta Tropical Pilsner with the Rasta Monsta himself, former Portland Trail Blazer Brian Grant who two years after his retirement was diagnosed with Parkinson’s. He started the foundation to improve the lives of those with the disease, which the new pilsner benefits.

ORTEGA: This lager is inspired by the easy-drinking rice lagers of Japan. Level brews it with Pilsner malt and flaked rice for a light body, then adds some New Zealand Motueka hops for a nice, subtle lemon-lime citrus, tropical, and coconut hop aroma.

HAMILTON: One of the cool things about Level Beer — besides their giant, family friendly beergarden and pinball machines — is that the owners allow the staff to brew their own beer with proceeds benefiting the employee’s favorite charity. Nice! 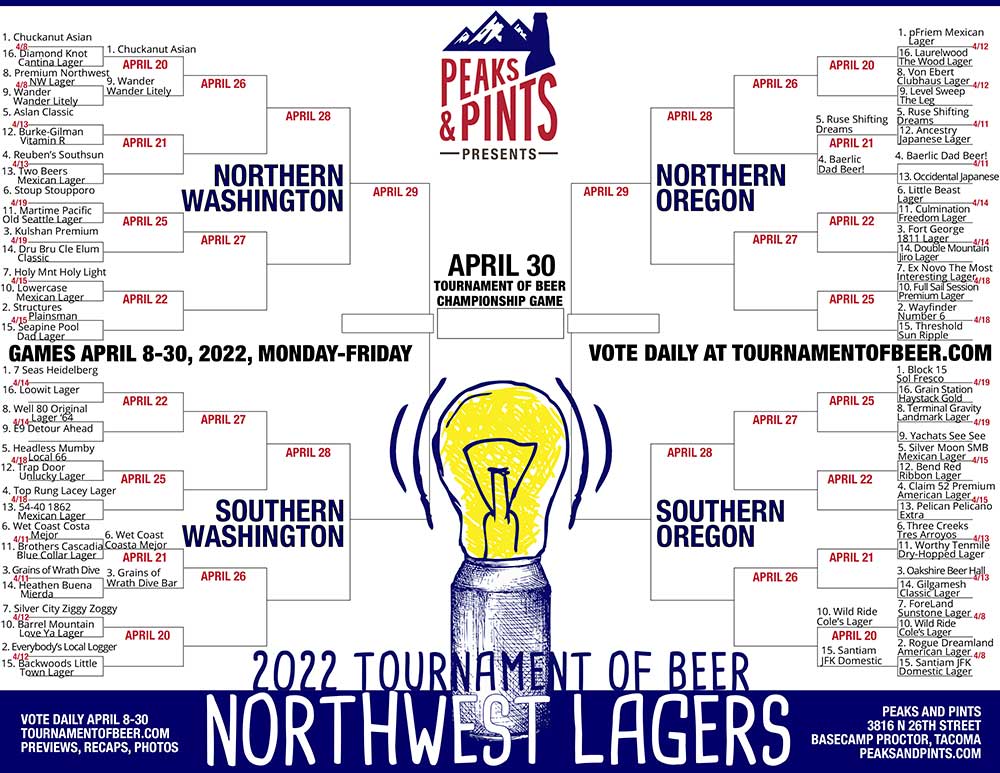