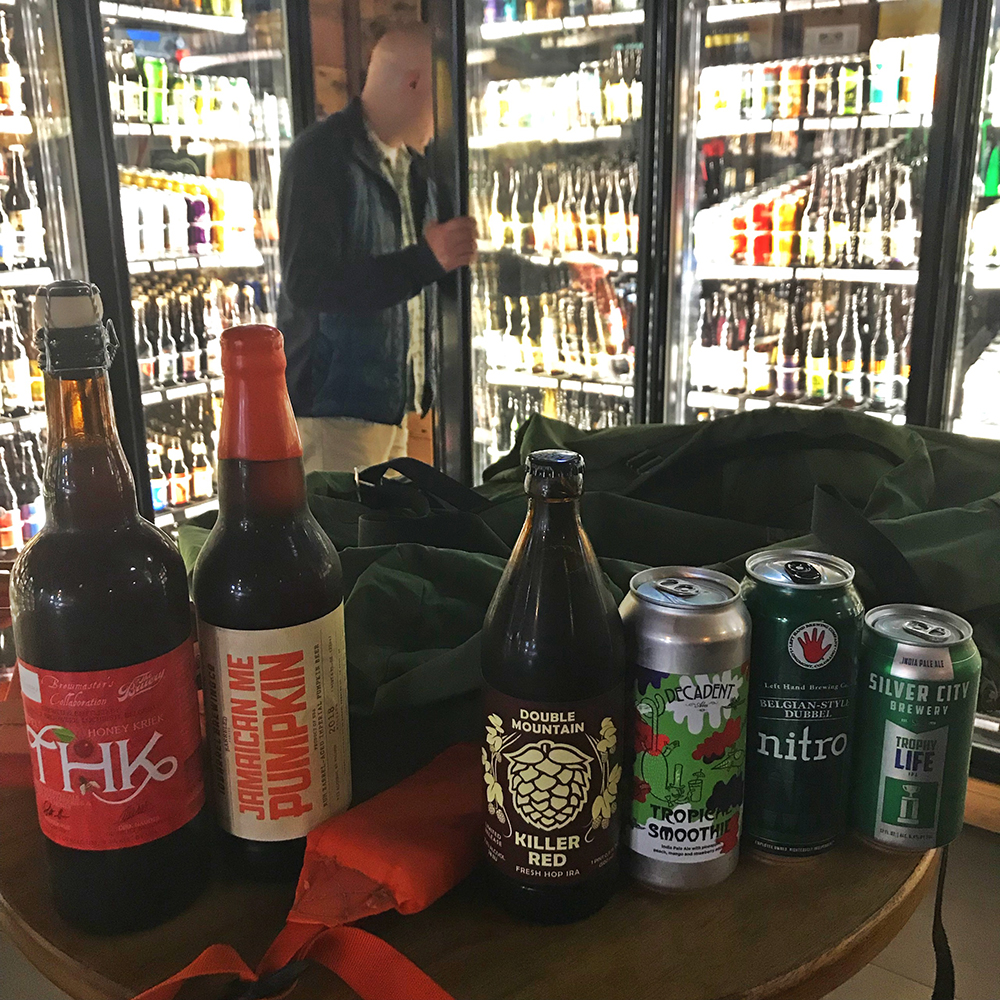 Here are a few new beers that arrived today. …

FIELD TO FERMENT: SIMCOE, Fremont Brewing: Fremont is brewing this single fresh hop ale with three hop varietals sequentially as they are harvested throughout the entire hop harvest in Yakima. The Simcoe hop is the second release with pine on the nose and subtle resin and orange on the tongue. It’s so creamy. 6%, 12oz

JAMAICAN ME PUMPKIN, 10 Barrel Brewing: First release in 2014, this seasonal is aged in Jamaican rum barrels for a year before unleashing this tropical pumpkin beer. Yes, tropical — we get more pineapple rum flavor than pumpkin with some cinnamon. 10.4%, 22oz

KILLER RED, Double Mountain Brewery: The birth of Double Mountain Killer Red happened after the choice of hops for the Hood River brewery’s Killer Green Fresh Hop IPA were a little late, so the brewers decided to craft a sister brew with fresh Perle and whole lead Centennial hops to fill the thirsty void. It stuck. So the annual fresh hop trip to Sodbuster Farm in the Willamette Valley includes enough hops to brew this India red ale. Aroma is strong with hoppy overtones, piney, apple and cookie dough malt. Taste is more of the same — apple, dry piney citrusy hops and pastry malts dominating the flavor, with a hint of sweetness. Finish is dry, but balanced and satisfying. 7.3%, 16.9%