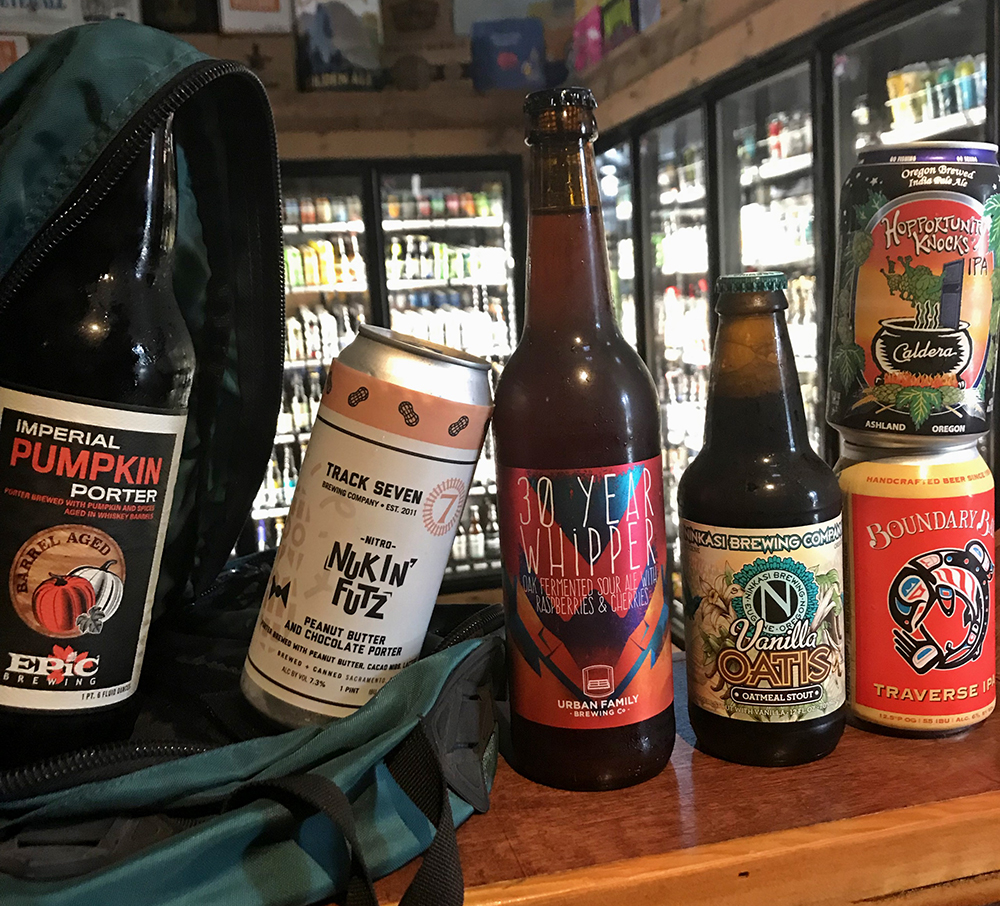 Here are six beer suggestions from the Peaks and Pints cooler. …

30 YEAR WHIPPER, Urban Family Brewing: In rock climbing, a whipper is an especially hard or dynamic fall where the rope is weighed by a significant load. Vertical World — America’s First Climbing Gym and Urban Family’s neighbor — opened a little more than 30 years ago. By some sort of mathematical equation, 30 Year Whipper, a collaboration with Vertical World, is an oak fermented sour ale with raspberries and cherries. 5.4%, 500ml

HOPPORTUNITY KNOCKS IPA, Caldera Brewing: Knock, knock. Who’s there? A West Coast IPA with a clean, aggressive bitterness due to a ton of Centennial hops with a ton of malts to balance it. OK, come in. 6.8% ABV, 12oz

IMPERIAL PUMPKIN PORTER, Epic Brewing: Epic Brewing’s Imperial Pumpkin Porter is brewed with pumpkin puree, nutmeg, allspice, cinnamon and Madagascar vanilla beans. Caramel sweetness and cocoa powder emerge as the beer warms, but it maintains the sweet, vegetal earthiness of baked pumpkins and sweet potatoes. It all culminates in a flash of dark chocolate and cinnamon with a touch of vanilla. 8.1%, 22oz

VANILLA OATIS, Ninkasi Brewing: Among its varied and complex aromas, we note charred marshmallows, chocolate milk, and a whiff of sunscreen. There is also the scent of a Black Russian cocktail in this boozy beer. With a good amount of vanilla up front, Vanilla Oatis had a silky smooth mouthfeel and some meatiness to it, as well as flavors that brought to mind a campfire. 5.5%, 12oz