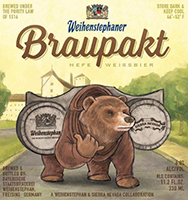 Braupakt is a fruity peach and apricot hefeweizen is a collaboration between Weihenstephaner, the world’s oldest brewery, and Sierra Nevada Brewing Co. Brewmasters from the two breweries spent the better part of 2017 on recipe development, ultimately creating the fruity-hoppy Braupakt, brewed with the Hallertauer Tradition hop and refined with American West Coast Amarillo and Chinook hops. 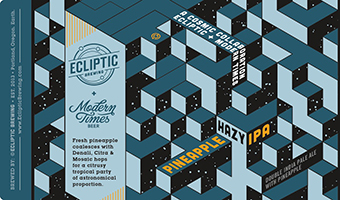 John Harris, Ecliptic Brewing owner and brewmaster, hoped this collaboration would be a way of welcoming Modern Times to his Portland outpost. “I have enjoyed Modern Times Beer for a few years,” he said in a news release, “and when we learned that they were moving to town, I reached out to Jacob in San Diego to see if they were interested in teaming up. I had mentioned pineapple with Mat Sandoval, production manager of Modern Time’s Belmont Fermentorium, when we were talking about what to make. Mat said we should definitely use Denali hops for their tropical qualities and almost pineapple like character.” The result is the Pineapple Hazy IPA with tropical qualities and almost pineapple like character that goes into full flavor mode once Citra and Mosaic hops join the fruit salad. 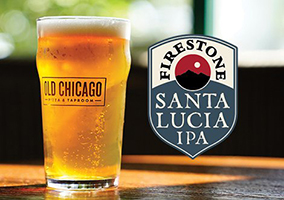 Made in collaboration with Old Chicago pizza joint, Santa Lucia IPA is based off of Firestone Walkers’ signature IPA Union Jack. Starting with a similar grain bill, Santa Lucia is hopped with El Dorado and Amarillo hops — and dry hopped with Azacca, Cashmere and Blanc hops. The Nose is bright floral, fresh hop resin and citrus that’s a little grapefruit candy-like. The flavor is balance with a bright, floral, fresh resin and a crisp undertone of grapefruit rind. It’s smooth. 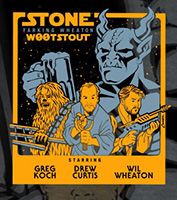