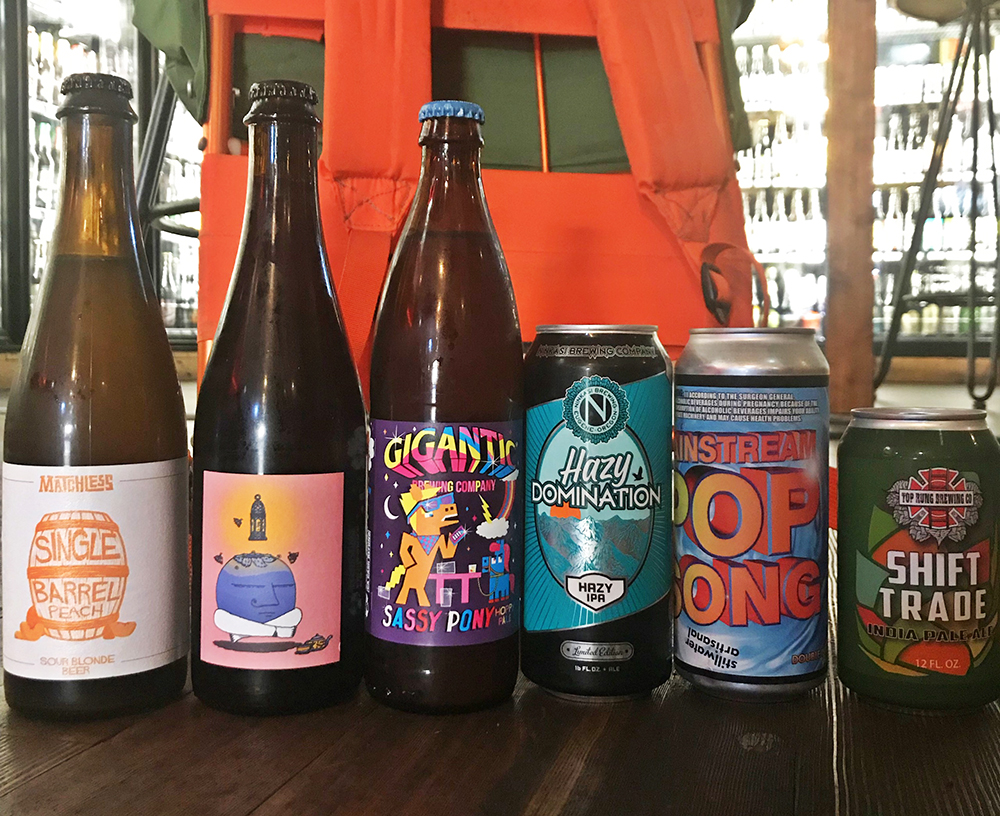 The kids are weeping, the nights are getting cooler, and there are moments here and there when it just plain feels like autumn. That’s right: Summer is almost over, and aside from a lot of binge-watching various Netflix series in front of the A/C unit, you just don’t have much to show for it. But it’s not too late: Get you butt to Peaks and Pints, load up your cooler with these six treasures and getaway!

BLUEBERRY DOJO, Aslan Brewing: Zen out with this saison style ale brewed with 600 pounds of organic heirloom blueberries from Bow Hill Farms then aged six months in oak puncheons followed by three months of bottle conditioning followed by you going all Violet Beauregarde before your mother’s eyes. 6.2%, 500ml

SINGLE BARREL PEACH SOUR, Matchless Brewing: The Tumwater brewery grabbed a complimentary sour blonde ale and aged it in more than 100 pounds of Redhaven peaches straight outta the Oakanogen then finished it with the brewery’s micro flora in an attempt to keep the beer as true to the barrel as possible. Success! 5.8%, 500ml