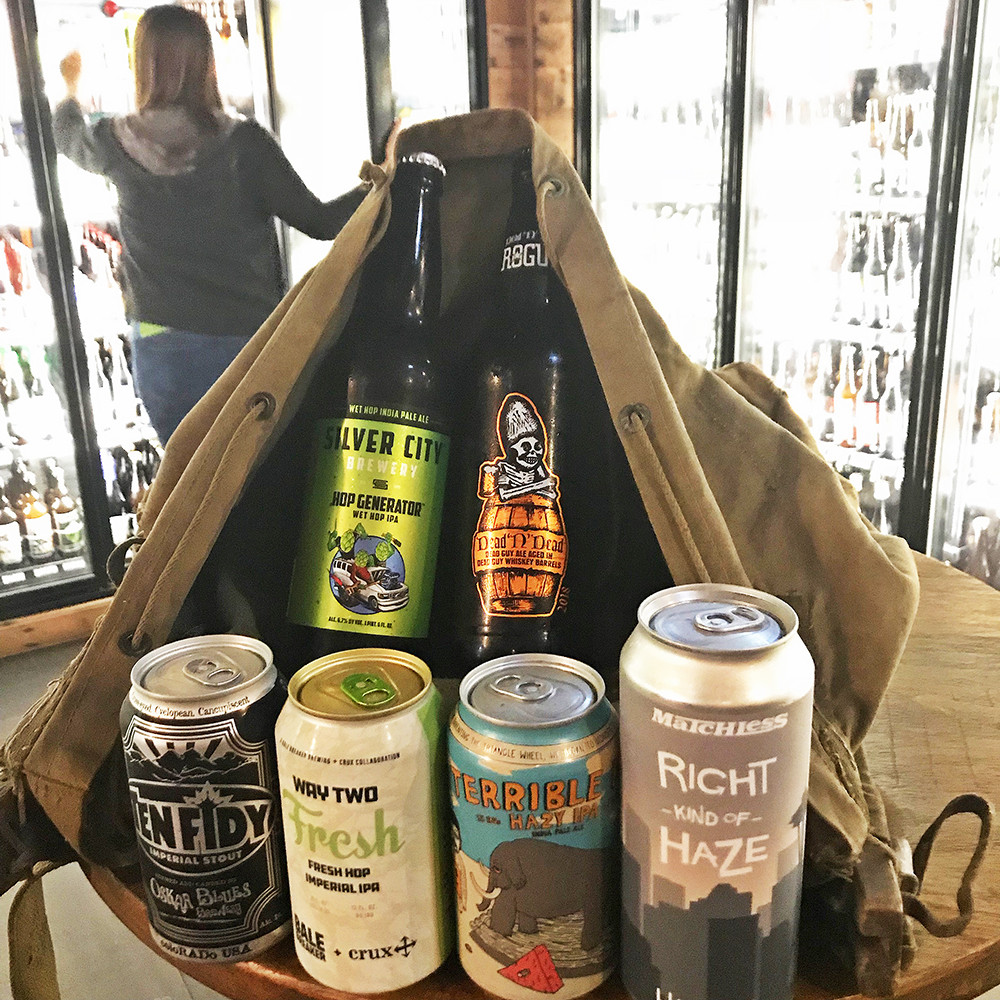 It’s Columbus Day, the leaves are falling from the trees, and the sun is setting earlier each day. Whether you are mourning the end of summer or celebrating the approaching winter, fall is a great season for craft beer drinking. Head to Peaks and Pints for today’s suggested Six Pack. …

A TERRIBLE IDEA HAZY IPA, 21st Amendment Brewery: A collaboration with fellow Bay Area brewery, Fieldwork Brewing, A Terrible Idea is a hop-forward hazy IPA that hits the nose with floral, dank and piney particles before sliding across the tongue with juicy notes of peach, orange, mango and pineapple — thanks to 4 pounds of hops per barrel. 6.8%, 12oz

DEAD ‘N’ DEAD, Rogue Ales: The only brewery-distillery-cooperage in the U.S., Rogue brewers, distillers and coopers placed Dead Guy Ale in barrels that had previously held Dead Guy Whiskey, made with Rogue Farms ingredients. The beer was then aged for six months, allowing it to soak up flavors. Dead ‘N’ Dead features a strong whiskey nose and added notes of oak and vanilla, with a smooth caramel flavor from the whiskey barrels that balances out Dead Guy Ale’s malty, honey sweetness. 8.2%, 22oz

RIGHT KIND OF HAZE, Matchless Brewing: Brewed during the worst air quality Cascadia has ever experienced, this better haze is brewed with Wakatu and Moutere hops, as well as Topaz and Amarillo, with a light, bright malt back ground of Pilsner malt, corn and white wheat, for a juicy, tropical IPA. Bonus: Matchless will donate part of the profits to the firefighters who battled the wild fires. 6.4%, 16oz

TEN FIDY, Oskar Blues Brewery: This imperial stout is made with enormous amounts of 2-row malt, chocolate malt, roasted barley, flaked oats and hops with the malt blanket hiding 65 IBUs but not flavors of chocolate-covered caramel and coffee. 10.5%, 12oz