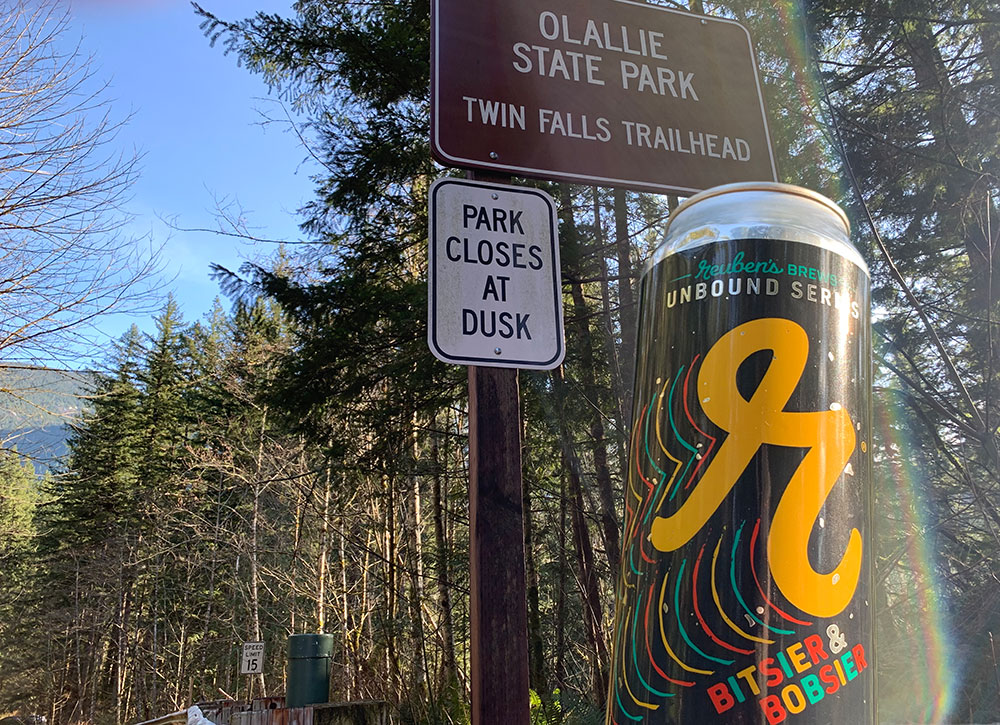 Reuben’s Brews Bitsier & Bobsier was nominated as a sixth seed in the Northern Washington Region of the Peaks & Pints Tournament of Beer: NW Double IPAs, which will begin April 2, 2021. The tournament bracket will be released soon. Since we’re not touring breweries to preview the tournament this year, we enjoyed the Peaks and Pints: Reuben’s Brews Bitsier & Bobsier and Twin Falls pairing. 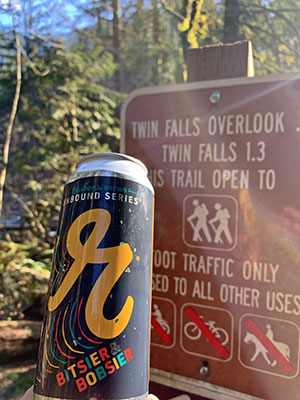 “Bits and Bobs” is a British idiom that means the same as “odds and ends,” which means “bits and pieces, remnants, leftovers.” A “bit” was a coin (three-penny bit) and a “bob” was a shilling or 12 pence. To Reuben’s Brews in Seattle, Bits and Bobs is a rotating season IPA in which head brewer James McDermet and crew scour their notes from the past 12 months, inventory the ingredients at the brewery, then build a new Bits and Bobs IPA. Bitsier and Bobsier is the imperial IPA version, and this year it’s hoppy and dank with floral notes, subtle peach and caramel sweet booziness.

Let’s Break It Down: 9% ABV • 50 IBU • The 2021 version is brewed with Azacca, Mosaic, Sabro, Citra, Chinook, and Columbus • In 2012, Adam and Grace Robbings opened Reuben’s Brews in Seattle’s Ballard neighborhood. Apparently an award-winning homebrewing career can transfer into an award-winning professional brewing career as they the state’s most awarded craft brewery.

If we need to see a waterfall and quick, we’ll head east to Twin Falls near North Bend and meander along the South Fork of the Snoqualmie River, through old growth forests, and eventually opening up to the spectacular lower Twin Falls. We continued along this well-traveled trail to about the one-mile mark where we reached an unmarked spur trail heading down wooden steps to our right; this leads to a sturdy little lookout platform with a striking view of the 150-foot falls. Back on the path, we continued to the footbridge for a top view of the falls. 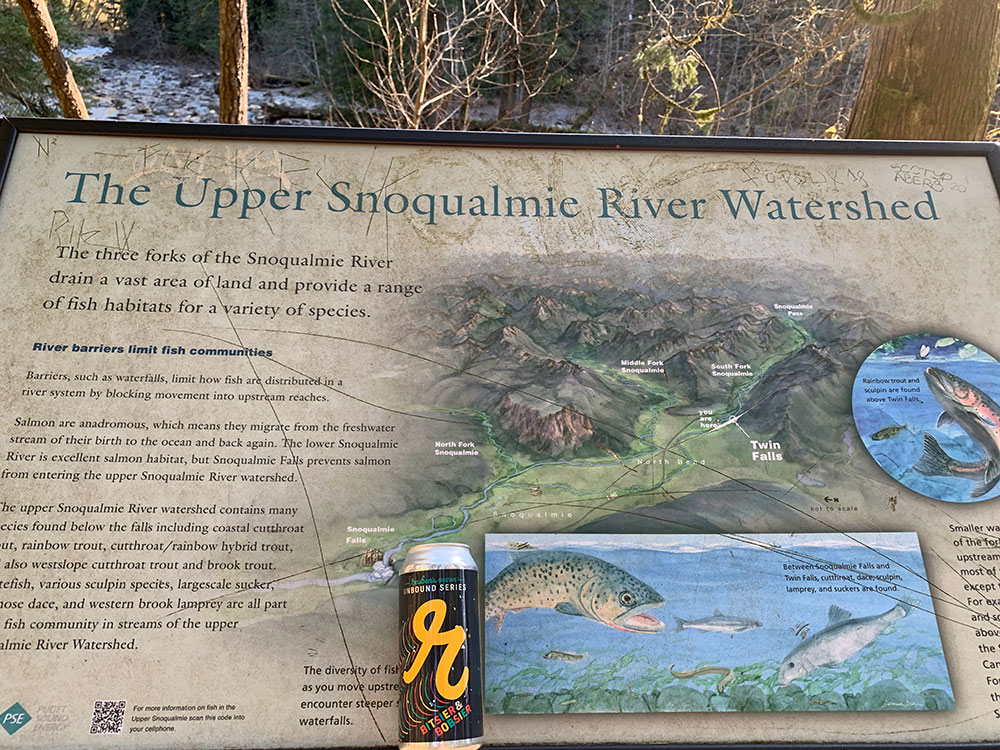 Back at the trailhead, we divvied up the Bitsier & Bobsier and discussed how Twin Falls received its name. During spring, the falls divide into a two-branched waterfall. The trail crowd also seems to branch by the 10s. It’s busy with all the Instagramers. We laughed that Reuben’s could have been named Oliver’s Brews if Robbings didn’t named their son Reuben. Originally from the UK, Adam turned a passionate hobby into a family-run brewery crafting nationally and internationally recognized beers in a wide variety of styles. Since opening in 2012, Reuben’s has won awards for its beers around the world including at the Great American Beer Festival and the World Beer Cup.

Drive east on I-90 to exit 34. Turn right at the end of the exit ramp onto 468th Avenue Southeast, and proceed a little more than half a mile to Southeast 159th Street. Turn left and continue another half mile where the road dead ends in the Twin Falls parking lot.