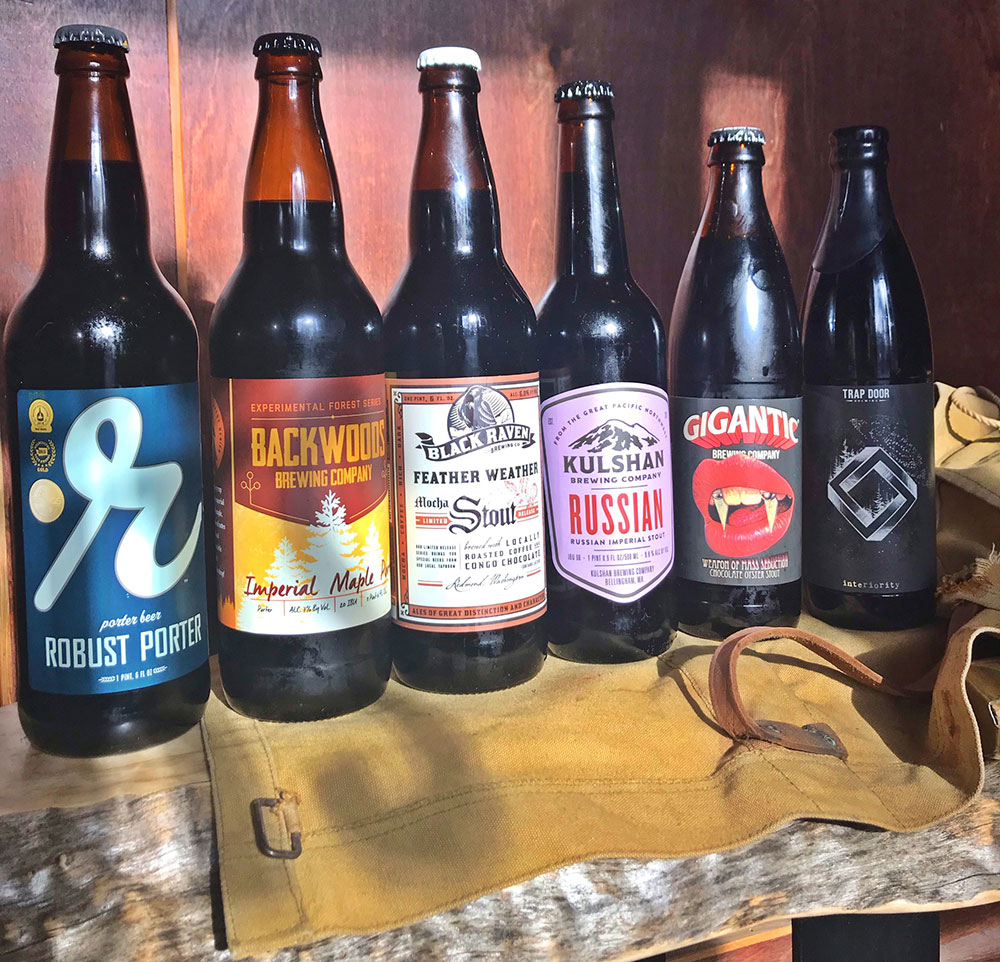 What’s the difference between a porter and a stout? Basically the difference is the inclusion of roasted barley flavor in stout versus roasted the malt profile of porter, as well as the acceptable presence of sourness and bitterness should be higher in a stout.

Porter was born out of the need to address a shortcoming of London’s water, writes beer historian Christopher Mark OBrien in his book Fermenting Revolution. The hard alkaline water lent itself to dark, malty beer.

In the late 1700s if you were talking stout you were merely talking about a strong beer, one that was stronger than porter. The “imperial” and “Russian” designations trace back to the strong English porters that were popular with the Russian monarchy through most of the eighteenth century. Eventually, wars interrupted the imports, and the style nearly died out. Thankfully, the style was resurrected in England and the United States during the modern craft beer revolution.

The stouts we sip on today are chock full of fun additives: chocolate, espresso, molasses, maple syrup and chipotle, to name a few. The addition of coffee and chocolate complements the flavors already there from the dark malt. But the ingredients could be added to a porter and it would be the same difference. So yes, they are similar. But in some cases porters might even bring more punch to the table that their big brother.

Visit Peaks and Pints and drink a few yourselves.

ROBUST PORTER, Reuben’s Brews: Home brewer-turned-pro Adam Robbings developed his Robust Porter recipe using British malts particular to Windsor, about 25 miles west of London, where he grew up. Eight different grains are used to create this multiple award-winning beer, but roast malts are the star in both aroma and flavor that’s nutty and slightly sweet with an espresso bitterness balanced by a touch of creamy vanilla, chocolate and caramel sweetness, without being cloying or off putting. 5.9%

IMPERIAL MAPLE PORTER, Backwoods Brewing: Brewed with real maple syrup, this imperial-ish porter has maple on the nose, followed by balanced notes of vanilla, maple and chocolate, with a subtle roast on the finish. 7%