Peaks and Pints Pilot Program: Veteran Beer On the Fly

Peaks and Pints Pilot Program: Veteran Beer On the Fly 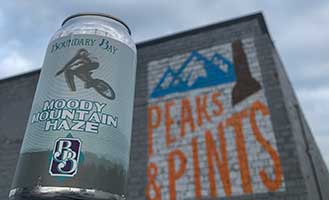 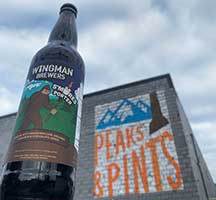 Anxious to start a business venture in the growing craft beer industry, homebrewer Ken Thoburn didn’t have to look far for inspiration for his brand, Wingman Brewers. With a grandfather who painted various nose art designs on a variety of World War II airplanes, Thoburn fell in love with the 1930-40s-era vintage military theme. Combine that with an area that has a large saturation of active-duty and retired Air Force and military members and Tacoma’s Wingman Brewers was born. Head Brewer Thoburn, including Derrick Moyer and Daniel Heath, started Wingman Brewers in April 2011, brewing beer to sell to local bars, restaurants and grocery stores out of a small storefront in Tacoma. Wingman Brewers took off in a big way, with a constant eye on their vintage military theme. The P-51 Porter was Wingman’s first real beer recipe. “It goes back to 2008 when Derrick (Moyer) and I were home brewing,” explains Thoburn. “At the time, Lazy Boy Porter from Everett was my favorite beer around, so we tried to emulate that. The beer was initially made for a friend’s birthday and called Nalty’s Tall Order Porter since he’s a tall dude and asked us to make a Porter for his birthday party. The beer went over so well with our friends that it remains the only recipe we’ve never changed since Wingman started … with Washington-grown barley and Moxie valley hops.” Wingman offers a S’mores version of the porter brewed with an endless stream of marshmallows and Honey Maid Graham Crackers. This s’mores version of the Tacoma brewery’s award-winning P-51 porter sports a tingly, medium mouthfeel, followed by roasted malt, graham cracker, cocoa and marshmallow with long chocolate finish. 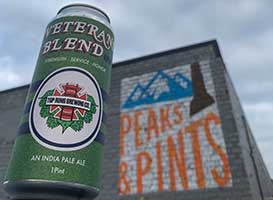 Led by Thurston County firefighter Capt. Casey Sobol, with veteran Tyler Mathis leading the brewhouse, Top Rung Brewing has championed active and retired military since they opened in April 2014. It’s no surprise they just re-released their Veteran’s Blend, a slightly hazy IPA brewed with a veteran-created blend of hops from Yakima Chief Hops, who are donating portions of their proceeds to the Gary Sinise Foundation, an organization that serves America’s heroes and their families. This unique blend features five different hops — Idaho 7, HBC 692, Mosaic, Sabro, and HBC 630 — representing each branch of the military. With the addition of a single malt from WSU Extension, this IPA has a balanced mix of tropical and citrus fruits with hints of herbal berries and lemongrass. 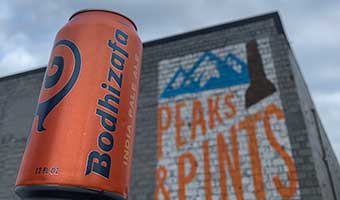 Georgetown Brewing‘s Bodhizafa won the 2016 GABF Gold Medal for IPAs, beating out more than 300 beers to win the honor. We could just drop that and walk away. What else needs to be said? Maybe the IPA is pale in color with a light silky texture from the rolled oats. The flavor and aroma both express mandarin and citrus. Five pounds of hops per barrel makes this IPA truly juicy, full of citrus and fruity. We could talk about the obsession the Seattle brewery has with the film Point Break. Or, keeping with today’s theme, Georgetown’s Research and Development Brewer Matt Edwards, who invented Bodhizafa, is a military veteran. So are his fellow Georgetown brewers Jack Treptow and Rick Denkert. We’ll let Bodhi do all the talking, brah.