Peaks and Pints Pilot Program: The Lost Abbey On the Fly 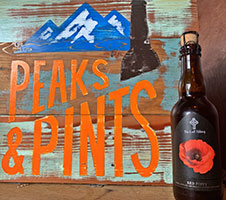 Peaks and Pints Pilot Program: The Lost Abbey On the Fly

The golden poppy is the state flower of California, and the red poppy is found in Belgium’s Flanders fields where The Lost Abbey’s inspiration for this Flanders red style sour originated. Red Poppy Ale is a veritable celebration of sour cherries in an explosion of aromas and tastes. Brewed from a brown ale base and aged in their oak barrels for more than 12 months, this beer is not for the faint of heart. 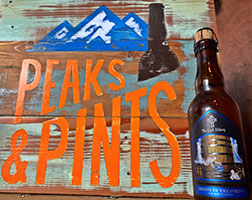 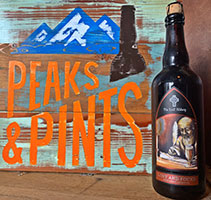 The Lost Abbey Lost and Found

Modeled after the great Trappist and Monastic beers that inspired the founding of The Lost Abbey, Lost and Found Belgian-style dubbel arrives a richly deep garnet created from a blend of domestic and imported malts. As part of their commitment to interesting brewing endeavors, Chef Vince created a special raisin purée for this beer. It hits the nose with banana, gum-like esters, light cocoa and raisin, followed by layers of malt, yeast, and teasingly dry chocolate malt finish. Malts, raisins, and a fantastic yeast strain working in harmony produce a beer of amazing complexity and depth. 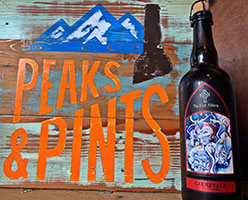 Brewed in celebration of Lent and Easter season, The Lost Abbey’s Carnevale is a light-bodied saison, using Brettanomyces along with Amarillo and Simcoe hops to generate flavor and depth. It hits the nose with moderate spice plus hints of tropical fruits and toasted biscuits. Some tangerine and apricot help round out the citrus notes. On the tongue, expect mild sweetness with subtle pop, the carbonation helps introduce the deep flavor of Brett to the palate. Carnevale’s complexity grows with time. The citrus notes tend to wane, and the wild yeast rears its wonderfully tasting head. 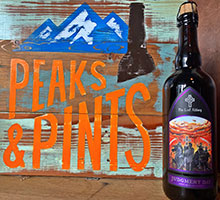 The Lost Abbey’s Judgment Day is packed with rich Belgian character. Sherry, raisins and a touch of leather carry subtle hints of smoke, culminating in an elegant bouquet. Sugary dark fruits — think cherries and raisins — splash down and seep into rich toasted bread notes and of caramel almost bordering on burnt caramel. Expect some slight bitterness, which keeps it from getting too sweet. The alcohol warmth in the finish helps to round out this beer. The beer is big and sits on the tongue and lingers.