Peaks and Pints Pilot Program: Summer Stouts On the Fly

Historically speaking, Tacoma’s summer can be kind of a dick. It can be pleasantly mild, then, for those very special few weeks, borderline unbearable. Recently, walking the streets of Tacoma feels kind of like wrapping your feverish body in a soaking-wet thermal blanket and going for a jog. It gets hot, is what we’re saying, and you might want to have yourself a beer to cool off. In fact, you deserve it. Hell, have six stouts. Stouts? First, will be cloudy and 69 today. Second, stouts are better suited than many light-colored beers for pairing with summery foods like charred vegetables and barbecued meats. Think about it: Their earthy flavors and rich, toasted aromas mimic the ones already billowing out from your backyard grill. And stouts actually benefit from the weather — as the beers warm, their complex, smoky undertones begin to unfurl. Peaks & Pints presents six of our favorite full-bodied but easy-drinking stouts for your cookout, picnic or barbecue today — a to-go flight we call Peaks and Pints Pilot Program: Summer Stouts On the Fly.

Peaks and Pints Pilot Program: Summer Stouts On the Fly 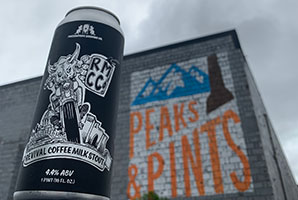 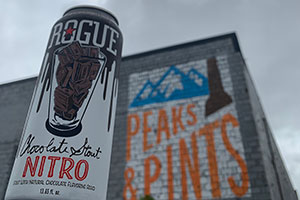 Rogue Ales’ award-winning Chocolate Stout is brewed with 10 ingredients: Northwest Harrington and Klages, Crystal 135-165 and Beeston Chocolate malts, Cascade hops, rolled oats and roasted barley, natural chocolate flavor, free range coastal waters, and PacMan yeast. The mellow flavor of oats, chocolate malts, and real chocolate are balanced perfectly with the right amount of hops for a bittersweet finish. The addition of a nitro charge to this Rogue classic blends up chocolate and malt flavors into a smooth creamy chocolate experience. 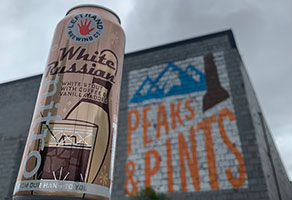 While Left Hand Brewing Milk Stout Nitro in cans is by far their most widely-distributed nitro offering, the brewery has diligently worked to expand its canned nitro selection to include a variety of fruity and seasonal nitro releases, including White Russian Nitro. With coffee, vanilla and notes of chocolate, this imperial stout has a nose of sweet smell of cocoa, a creamy mouthfeel, and of course that Dude abides White Russian taste. 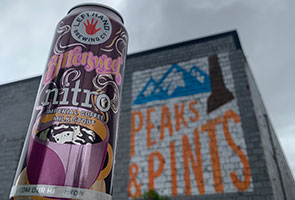 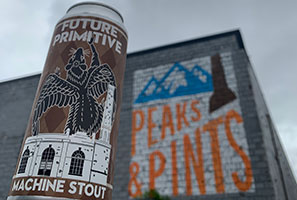 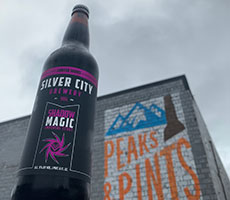 The foreign extra stout style started back with the 19th century, being developed in the year 1801 by Guinness, who initially named the beer, the West India Porter. Guinness designed this beer specifically to be shipped to Irish expatriates that were working in the Caribbean at the time. In order to withstand the long trip from Ireland, the beer was brewed bigger with extra hops and more alcohol, which serve as natural preservatives. The beer later became known as the Foreign extra stout. Inspired by the traditional foreign extra stout style, Silver City Brewery Shadow Magic brings deep, rich, malty chocolate flavor and a velvet-smooth body from the addition of oats and roasted wheat.