Peaks and Pints Pilot Program: Stoneface On The Fly

Peaks and Pints Pilot Program: Stoneface On The Fly

Considered one of the top breweries in New Hampshire, University of New Hampshire grad Peter Beauregard opened Stoneface in 2014. The longtime homebrewer’s IPA placed first at the Boston Homebrew Competition the year before, confirming his decision to leave the software business and open a brewery with his friends, Erol Moe and Tim Finelli. Since then, Stoneface, located in Newington, has captured the attention of IPA lovers with their refreshingly hoppy beer. Starting out as a 3-barrel brew system, they quickly found they needed to expand. 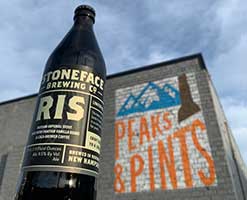 This year’s Stoneface Russian imperial stout is brewed with Port City Coffee (Portsmouth) Ethiopian Harrar and Tahitian vanilla bean. It hits the nose with coffee, chocolate and vanilla, with all three transferring to the taste. The finish is delightful — cold brew and sweet vanilla cream. 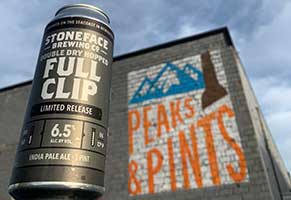 Full Clip is a juicy IPA with a light, malty backbone. English ale yeast imparts notes of peach, pear and pineapple, that are rounded out with Warrior hops early in the boil and Centennial for flavor. Amarillo, Citra and a little Simcoe are used for dry hopping for hints of citrus and pine in a well-balanced, hop forward and slightly sweet IPA. Then, Stoneface went even fuller doubling the number of dry hops for an even bigger citrus, hop profile. 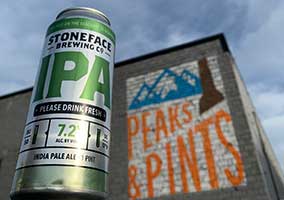 The award-winning homebrew IPA recipe became Stoneface’s most popular brand. This hop-forward IPA features bright citrus notes with a clean, balanced malt profile. It has been liberally dry hopped with Citra and Amarillo creating unmistakable aromatics. On the tongue, expect sweet caramel and toffee with a piney bitterness and citrus kick. 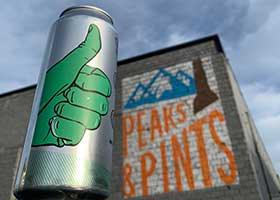 As we mentioned in the introduction, Yakima Chief Hops and Yakima Chief Ranches traveled to New Hampshire to brew this resinous hazy featuring Idaho 7, Idaho 7 cryo, and Cashmere cryo for massive notes of nectarine and grapefruit peel.