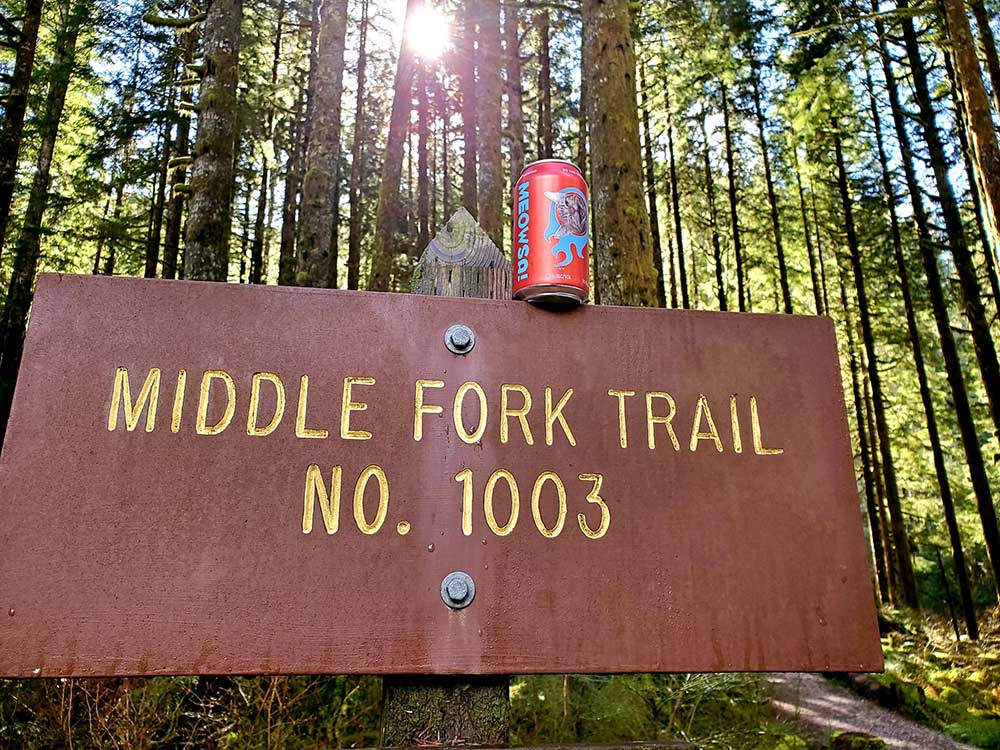 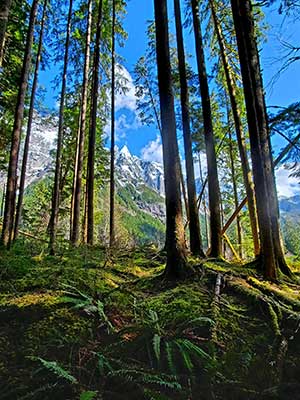 Georgetown Brewing’s MEOWSA! was nominated as a seventh seed in the Northern Washington Region of the Peaks & Pints Tournament of Beer: NW Double IPAs, which will begin April 2, 2021. The tournament bracket will be released soon. Since we’re not touring breweries to preview the tournament this year, we suggest the Peaks and Pints: Georgetown MEOWSA and Middle Fork Trail pairing.

Georgetown’s brewery cat, Meowsa, helped brew his namesake double IPA. If you force fed a watermelon a steady diet of mandarin oranges and pineapples and then dropped said watermelon into a woodchipper, the resulting aromas and flavors would be the best way to describe MEOWSA!, the beer. As much as Meowsa, the cat, dislikes the term “juicy” this DIPA is very juicy and has very little bitterness for the style. The MEOWSA! can is in the Peaks & Pints cooler.

Let’s Break It Down: 8.4% ABV • 60 IBU • Georgetown Brewing was founded in 2002 by Manny Chao and Roger Bialous. Chao was one of the original employees of Mac & Jack’s Brewing Co. Georgetown Brewing was originally located in a space at the historic Seattle Brewing and Malting Plant, where Rainier Beer was once produced. The company relocated to a larger Georgetown neighborhood space in 2008 to increase capacity • It’s the largest independent brewery in Washington state 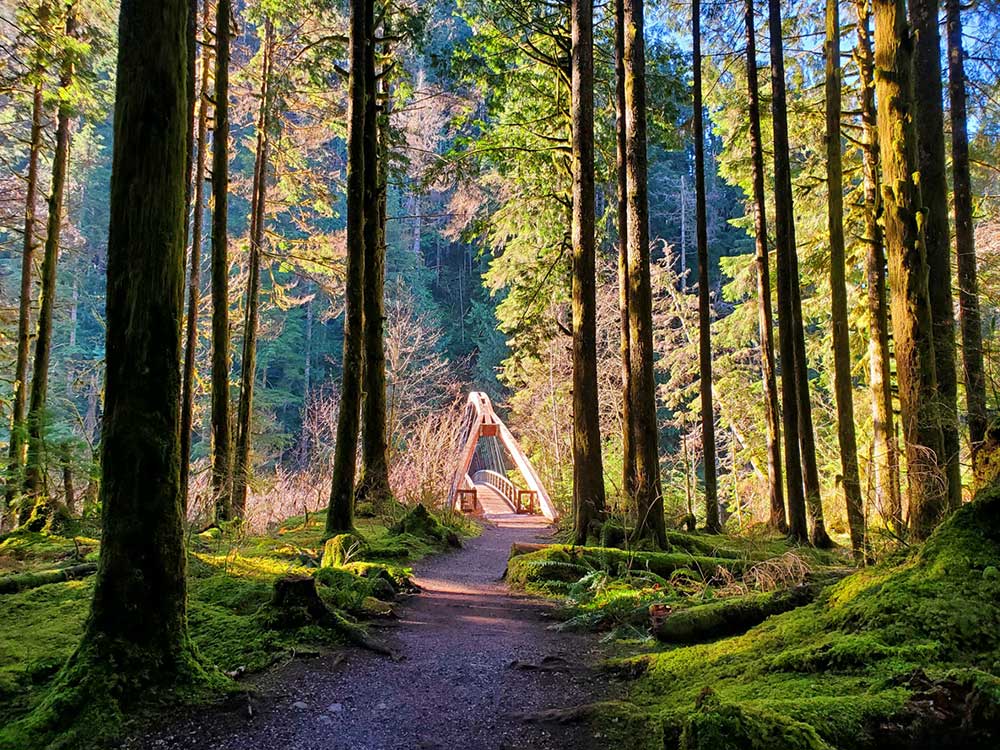 You’ll probably not receive a high-five from hardcore hikers, but the Middle Fork Trail No. 1003 is close enough to Tacoma and Seattle to get your wilderness on fairly quick. The trail meanders along the Snoqualmie River through dense old-growth trees and alongside creeks with waterfalls, wildlife and towering peaks eye candy. This trail gets a grand start in the form of an unusual arched beam cable-hung bridge just below the confluence of the Middle Fork Snoqualmie and Taylor Rivers.  After crossing the bridge turn left at junction with Pratt River Trail 1035. Turn upstream and enjoy walking between the river and overhanging cliffs between 1000 to 1,500 feet for its first seven miles, making it a great low elevation options during this time of year. At the 5½-mile mark, you’ll find spurs out to FR #56 and the Dingford Creek trail, a good spot to turn back if you want a shorter hike. The next 5.5 miles offer more strenuous terrain and multiple creek crossings. At milepost 8.5 the trail intersects with Rock Creek Trail No. 1013 as it heads to Snow Lake. A detour to the Goldmyer Hot Springs is at mile 11, or continue to the end near the Dutch Miller Trail. 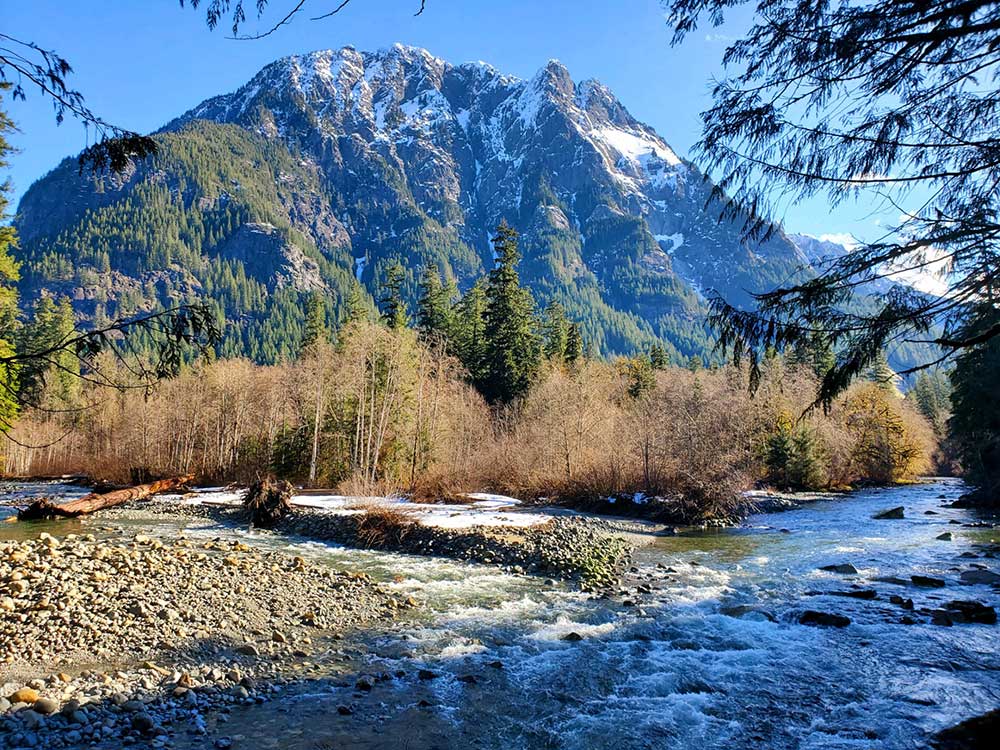 Back at the trailhead, we popped open MEOWSA! and marveled at all the mountain bikers on the trail. We noted there weren’t many signs of the 1930s-era railroad beds that use to pull logs out after timber harvests. We felt refreshed even though we lost the muddy trail several times, as well as climb over fallen logs. We marveled at how Many and Roger homebrewed Manny’s Pale Ale in 2002, and we were drinking at The Swiss a year later. 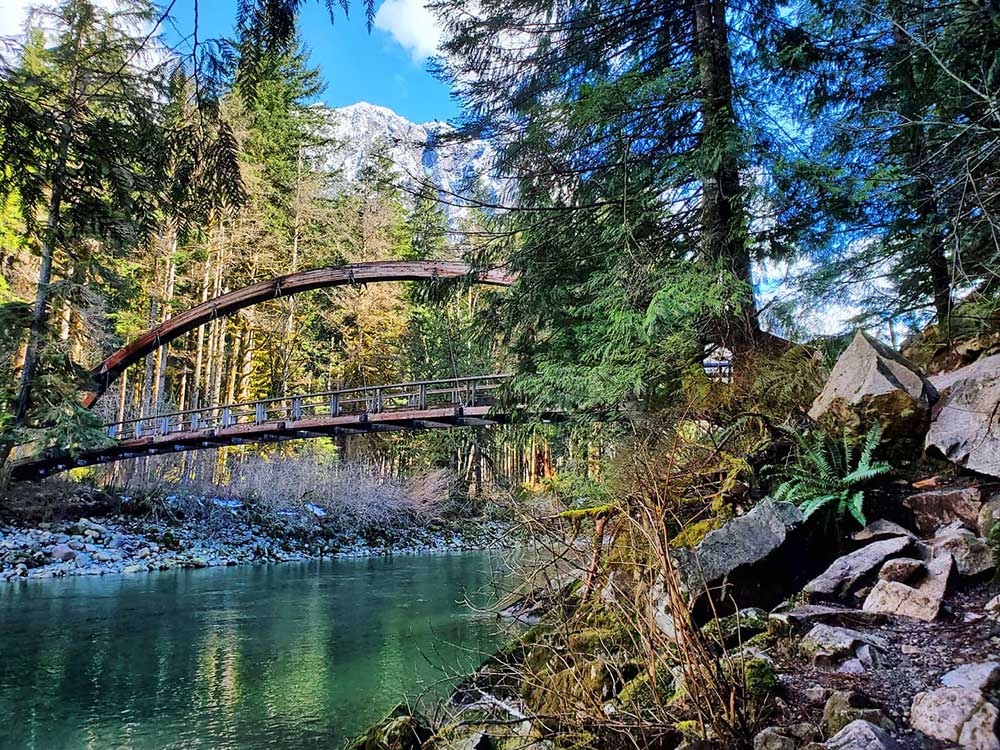 Travel I-90 east and take exit #34. Drive north on 468th Avenue. In 0.6 miles, turn right onto Southeast Middle Fork Road (Forest Service Road #56). The large and well-marked Middle Fork trailhead parking lot is on the right side of the road at 11.5 miles.