Peaks and Pints Pilot Program: Skookum On The Fly

It was 2007 when Ron and Jackie Walcher opened Skookum Brewery down a dirt road near Arlington. Today, Skookum head brewer Hollis Wood and his small team churn out “big bold strong” craft beers in a giant facility with a popular taproom down the street from the Arlington Airport — managed by an angel, a big, bearded lovable man named “Angel.” Skookum Brewery brews beers that are locally sourced, with more than 90 percent of their barley grown and malted in state, on equipment predominately purchased locally including several pieces made in Washington state. Today, Peaks and Pints presents a to-go, five-beer flight of the Arlington brewery’s craft beers that we call Peaks and Pints Pilot Program: Skookum On The Fly. 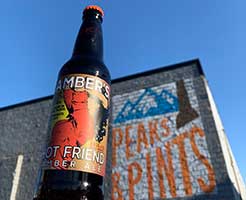 Peaks and Pints Pilot Program: Skookum On The Fly

So, your best friend and his girlfriend have a friend in town, and she doesn’t want to be the third wheel. As blind dates tend to go, this could turn out to be a match made in heaven or a stage in hookup hell. Let’s hope the date’s as good as Amber’s Hot Friend, an amber ale with a voluptuous malt body, smells like a little chocolate, a little pine, and loads of brown sugar and nuts and tastes of caramel and mild citrus plus enough hops to keep her feisty. 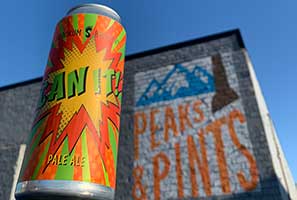 Grain becomes malt, which becomes beer. To expound, malt is grain that has been converted into sugar. That sugar is consumed by yeast to create alcohol; a process called fermentation. Base malts make up the majority of the grist in all-grain beer, and the variety is, frankly, astounding. Skookum brews Can It with golden promise, oats and rye. Golden Promise imparts a unique nutty sweetness and, along with the oats and rye, offers a silky mouthfeel. Rye imparts a nice spicy zest. Add Simcoe, Citra, Chinook, and Cascade hops, and you have a semi-soft, heavy citrusy pale with a solid malt base. 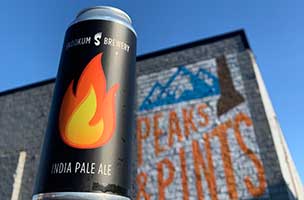 On Snapchat, the fire emoji next to a contact indicates a snapstreak: a number of consecutive days of snapping back and forth to this person. After sipping Skookum’s (Fire Emoji) IPA you’ll be drinking it back and forth. Skookum dumps an insane amount of Mosaic, Idaho 7 and Amarillo hops for flavors and aromas of tropical and stone fruits with a subtle pine kick in the back. 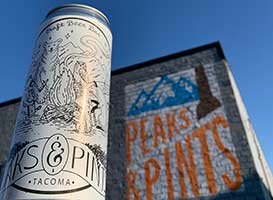 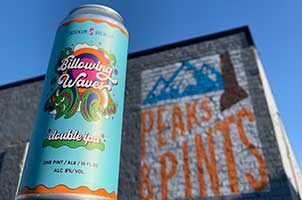