Peaks and Pints Pilot Program: Incognito On The Fly

Consider Incognito. John I. Haas did. North America’s leading hops supplier offers this viscous liquid to brewers who want maximum aroma with virtually no loss of volume in the whirlpool as there is no vegetal matter, or “green character.” It’s a wonderful tool for brewing hazy IPAs. Incognito — a CO2 extract of hops made with all hops — reduces process loss by up to 25 percent by enabling brewers to replace wort-absorbing hop pellets with a 100 percent-hops-based liquid that is easy to pour at ambient temperatures. Easy to ship, store and pour, Incognito also greatly reduces the number of spent hops for disposal at the end of the brewing process, offering a sustainable, more environmentally friendly brewing outcome. Hops are amazing because of the wild difference in flavors they impart; Incognito just adds another layer of hop greatness. Today, Peaks & Pints presents a to-go flight of beer brewed with Incognito hops — a flight we call Peaks and Pints Pilot Program: Incognito On The Fly. 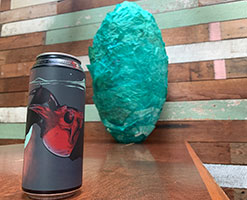 Peaks and Pints Pilot Program: Incognito On The Fly

Anchorage Watch Over Me

Gabe Fletcher, founder and brewer of Anchorage Brewing Co., came up with the crazy idea to start a brewery while working as the head brewer at Midnight Sun Brewing Co. in Anchorage, Alaska. He spent more than 13 years at the brewery perfecting his craft and planning out the steps to open a brewery he could call his own. In 2011 Fletcher released his first Anchorage Brewing Co. beer. His Watch Over Me IPA is brewed with Citra Incognito and Mosaic cryo for a full, juicy lemon and pineapple hazy IPA. 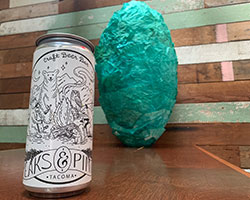 Citra is an aroma hop brand released by the Hop Breeding Company — a joint venture between John I. Haas, Inc. and Select Botanicals Group, LLC in the Yakima Valley — having unique and highly favored flavor characteristics. As the name suggests, its flavor descriptors include citrus including lime and grapefruit as well as various tropical fruity characters. Stoup Brewing’s Citra Studies examines Citra cryo hops and Citra Incognito in the whirlpool then even more Citra cryo in the dry hop for, well, Citra notes. 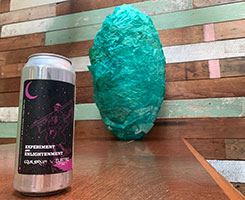 Equilibrium Brewery was started by MIT scientists Peter Oates and Ricardo Petroni who were working on remediation of the Hudson River in the early 2000s. They became water chemistry experts trained to take the bad stuff out of the water. In the future, they put good stuff into water and called it beer. Their Experiment and Enlightenment hazy double IPA is brewed with CO2 extract, Citra Incognito, Citra LUPOMAX, and hand selected Galaxy and Vic secret T-90s on the hotside followed by an insane amount of Citra LUPOMAX, hand selected Citra, Galaxy, and Vic Secret T-90s for the double dry hop for aromas and flavors of tropical passionfruit, papaya, cream sorbet, pineapple, melon, and key lime. 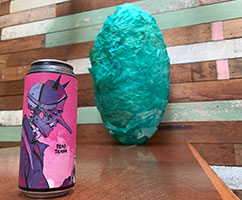