Here’s the story
Of a Yakima Washington
Who was bringing up three very lovely hops
Chinook, Centennial, Cascade are all famous
Like their hop farms
The youngest one with pine drops

Today’s hoppy beers are an avalanche of new hop varieties from fruity southern hemisphere hops. However, before we had Galaxy, Vic Secret and Rakau we had American old school hops — The four C’s (Cascade, Chinook, Centennial and Columbus), which arose as steadfast and permanent components of American craft brewing with their assertive pine and grapefruit flavor and versatility. Today, we marry the new school New Zealand hops with the old school hops straight outta Yakima into each beer in our to-go beer flight, Peaks and Pints Pilot Program: Hop Blending Bunch. 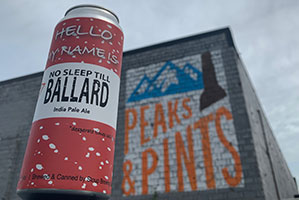 Stoup No Sleep Til Ballad IPA

Born and bred in Ballard the USA, this IPA rocks the old school and new school hops. Chinook and Centennial hops from Roy Farms in Yakima bring the pine, grapefruit and lemon while New Zealand Vic Secret hops pack a pineapple, passionfruit punch. To keep this party rockin’ 8 days a week, Stoup Brewing kept the malt bill soft and gentle on the palate. “Like a lemon to a lime, a lime to a lemon” you’ll sip this def ale with all the fine women … and men … or whoever you want to sip it with. 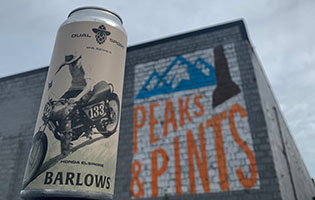 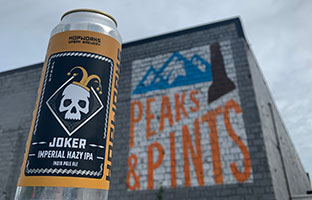 Kohatu, meaning “stone” or “rock” in Maori, is a hop released in 2011. it’s named after Kohatu, a small town nestled by the Motueka River, south west of Nelson, New Zealand. The hop has an intense aroma of tropical fruit and freshly crushed pine needles, and adds a fresh character to beer. Hopworks Urban Brewery adds this new school hop to old school hops Chinook and Cashmere for huge bursts of juicy, tropical hops with slight pine.