Peaks and Pints Pilot Program: E9 Brewing On The Fly

In the early ’90s, Dusty Trail converted the historic Engine House No. 9 bar into a brewpub at the corner of Sixth Avenue and Pine Street, officially becoming the first microbrewery in Tacoma. Dick Dickens grabbed the Engine House reins in 2002, bringing in head brewer Doug Tiede. Heads turned and medals were hung. In 2011, The X Group added the Engine House to their local restaurant empire, with Shane Johns and Donovan Stewart running the kettles and hanging even more medals, mostly for their sours and saisons. Two years ago, they separated the brewery from the restaurant and opened E9 Brewing in Tacoma’s Historic Brewery District. This past year, they have cranked out an endless supply of new, delicious beers, five of which are in our to-go beer flight today, Peaks and Pints Pilot Program: E9 Brewing On The Fly.

Peaks and Pints Pilot Program: E9 Brewing On The Fly 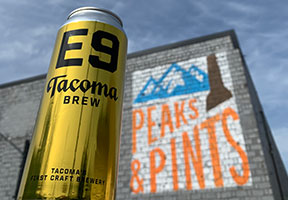 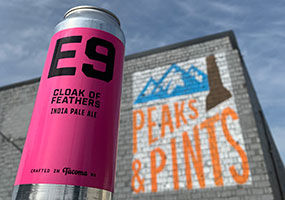 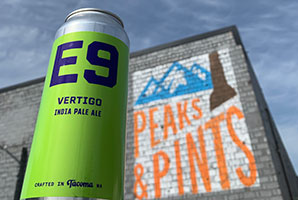 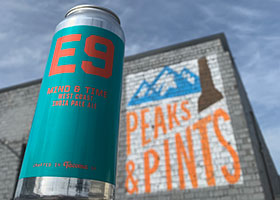 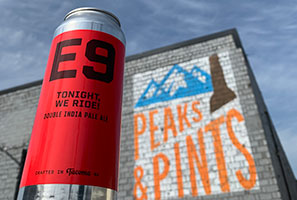 Singer/songwriter Tom Russell 2014 release Tonight We Ride, subtitled “The Tom Russell Cowboy Anthology,” is an updated version of Cowboy’d All to Hell, a 2010 collection of some of the artist’s best songs about horses, Native Americans, the Wild West, and more.  E9 Brewing’s Tonight, We Ride is a collection of Southern Hemisphere hops — Rakau and Wai-iti — as well as Amarillo, double brewed and massively dry hopped for tropical fruity goodness.