Peaks and Pints Pilot Program: Cold IPA On the Fly

In the Beginning, there was Ninkasi, the Sumerian goddess of fertility and the mother of all creation including the growing of grain (barley being her emblem), brewing of beer, and the passion and seduction that may result from a beer-fueled Sumerian party. Centuries later, there was Kevin Davey, the American god of cold IPA. Ninkasi was also borne of “sparkling fresh water.” She is the goddess made to “satisfy the desire” and “sate the heart.” She would prepare the beverage daily. Wayfinder Beer Brewmaster Davey might not be borne of sparkling fresh water, but he brews with fresh water, (68–72 °F/20–22 °C) when he makes his cold IPAs, which are so delicious you want to drink them daily. Cold IPAs are the focus of our to-go beer flight today, Peaks and Pints Pilot Program: Cold IPAs On the Fly.

Davey, and now many brewers since, take the India pale lager, or IPL, style and in addition to brewing with a lager yeast strain and dry hopping, he ferments the lager yeast at warmer temperatures to avoid the excessive SO2 and bring out the hops without ale yeast aromas. He uses Pilsner malt, rice, or corn to dry it out, as well as adds dose of kräusen — fresh wort from a batch of helles or pilsner during dry hopping, which leads to the biotransformation of hops. The result is a crisp and sessionable IPA with hop aroma, assertive bitterness, and a bold, clean finish.

Today, Peaks and Pints presents a to-go flight of cold IPAs. While other cold IPA brewers might not use all of Davey’s techniques, their cold IPAs are cold fermented with lager yeast for easy-drinking, hoppy beers. 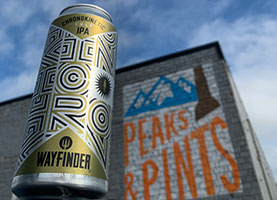 Peaks and Pints Pilot Program: Cold IPA On the Fly 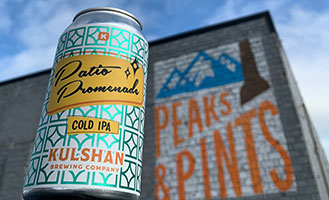 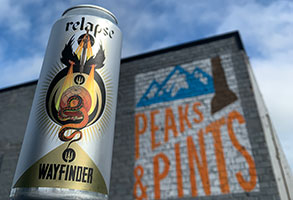 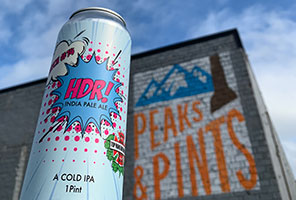 Top Rung Head Brewer Tyler Mathis brewed the 14th version of HDR — Hop, Drop and Roll (Fire Chief Casey Sobol owns the joint) — similar to an IPL but with the hop punch of a northwest IPA. It’s crisp, clean and comes out rolling.