In the realm of desserts, pie is about as humble as it gets. There are no towers made of pie, like bakers craft out of macarons, none of those shocking flavor combinations — wasabi, curry — that come scooped on a cone. Peaks & Pints has coconut cream pie on the brain. It’s filled with down-home goodness with a hand-crimped crust and a thick layer of custard amped up with shredded coconut for a more intense flavor. Peaks and Pints doesn’t serve pie, but we do serve many coconut-flavored craft beers. We gathered a few for today’s to-go beer flight, Peaks and Pints Pilot Program: Coconut On The Fly. 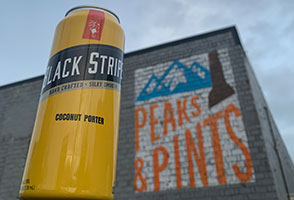 A collaboration in brotherhood with Seattle’s famous Jerk Shack Restaurant, Métier Brewing‘s Black Stripe took silver at the 2018 Washington Beer Awards. Brewed with Centennial and Willamette hops and infused with toasted coconut, this beer is silky smooth, rich and robust, with a touch of sweetness on the finish. 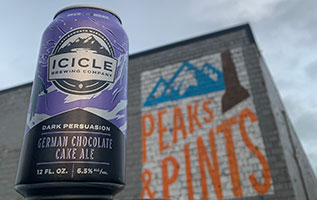 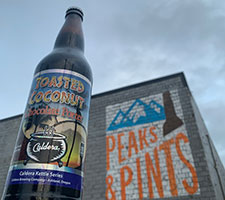 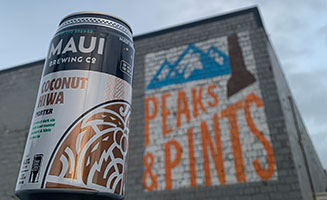 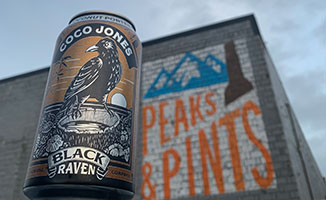 5.6% ABV, 38 IBU
This beer has a storied history at Black Raven. It was first brewed back in 2009 as a variant of the Redmond, Washington brewery’s Tamerlane Brown Porter, infused with toasted coconut. When customers went cuckoo for Coco, Black Raven decided to enter it in the World Beer Cup where it won a gold medal (category: herb/spiced beer) in 2010, as well as the 2017 Washington Beer Awards in the same category. Tournament of Beers governing body wasn’t a surprise when the public voted Coco Jones a number one seed in the Seattle/King County region. Coco Jones has raven sharp vision set on the trophy with a ton of coconut, cacao and molasses to back it up. 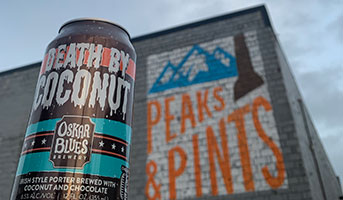 Oskar Blues Brewery’s Death By Coconut is a standout Irish porter cold-infused with dried coconut. The coconut is steeped in the beer, tea-like, in large sacks as to get the aroma and creamy sweetness of the coconut into the beer. Death by Coconut’s other essential ingredient is cholaca, a liquid chocolate made with cacao and coconut sugar. The cholaca doesn’t just gel with the porter and coconut, but it accentuated both aspects well. It’s a rich, full-bodied fudgy coconut porter with toasted marshmallow notes too. 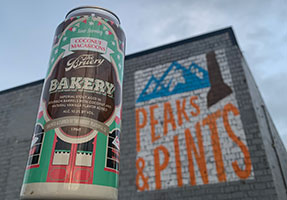